European rugby returns this weekend and with quarter-final places on the line this is the perfect opportunity for British & Irish players to stake a claim for a Lions spot. [more] 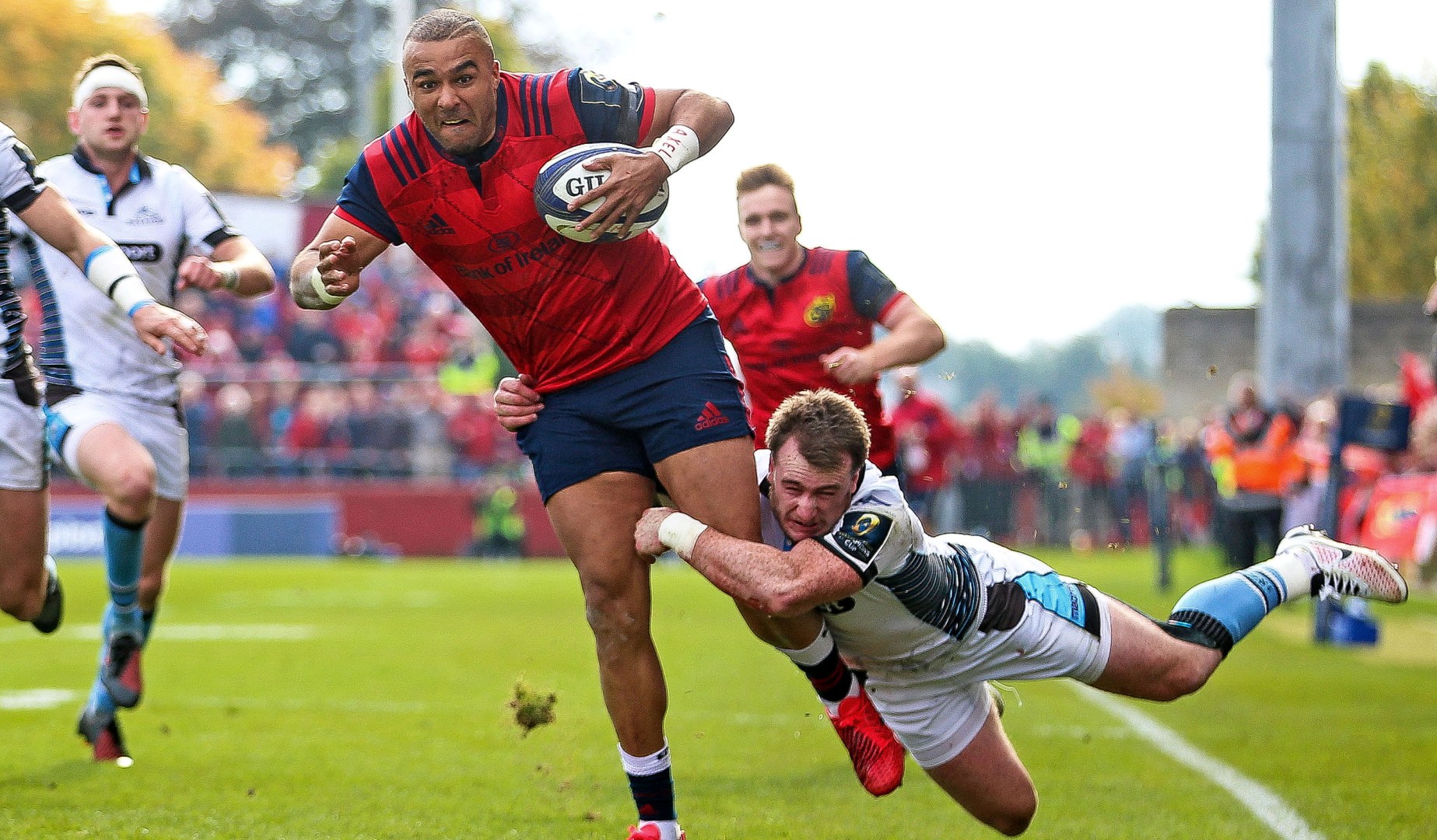 European rugby returns this weekend and with quarter-final places on the line this is the perfect opportunity for British & Irish players to stake a claim for a Lions spot.

Arguably the game of the weekend will be at Scotstoun when Glasgow Warriors play host to Munster, with both still very much in contention to reach the last eight of the Champions Cup.

And in what should be an entertaining encounter, the threat from deep on both sides could swing the game.

There will be a battle of the 2013 Lions in the No.15 jersey on Saturday as Warriors’ Stuart Hogg faces off against Munster’s Simon Zebo.

Both have shown their versatility in recent weeks, with Hogg even starting a game at fly-half for Glasgow, while Zebo is equally comfortable at full-back or on the wing.

And in a clash between the top two sides in Pool 1, their impact could be vital.

Zebo notched up his 50th try for Munster last weekend in victory in Paris, and Rassie Erasmus’ side could guarantee a place in the last eight with another win on the road. However Glasgow are searching for a first-ever quarter-final spot in the Champions Cup and know a win would put them within touching distance.

That is not the only intriguing match-up of full-backs this weekend, with Welsh duo Leigh Halfpenny and Liam Williams both in action.

Halfpenny starts for Toulon, who face a must-win game at home to Sale Sharks – for whom England Saxon Mike Haley starts at full-back.

And for Williams, this weekend marks a chance to take on his future club – the 25-year-old is off to Saracens next season and will be looking to slow down the defending champions with the Scarlets this weekend. His opposite number will be Alex Lozowski, shifting position in the absence of the injured Alex Goode.

While the battle of the quick men will catch the eye, there are some equally important contests up front, particularly in the second row.

Wasps will be delighted to have Joe Launchbury fit again and he slots straight back into the starting line-up for their crucial clash with Toulouse.

Nathan Hughes’ last-gasp try earned a draw in the first meeting between the sides, and victory at the Ricoh Arena would leave Wasps on the cusp of the last eight.

But the four-time champions can call on a top class lock of their own in Scotland and 2013 Lions second row Richie Gray. The 27-year-old will be looking to cause the Wasps line-out problems in a visiting pack full of experience.

Richie’s brother Jonny will be another with plenty to play for as Glasgow Warriors host Munster. He will go up against Ireland second row Donnacha Ryan in the engine room – a potential pre-cursor to the RBS 6 Nations opener in Edinburgh next month.

And when Saracens travel to the Scarlets they will be hoping that Maro Itoje can get the better of in-form Jake Ball as Sarries aim for a 14th straight win in the competition.

There are also a number of Lions contenders in action in the European Challenge Cup this weekend, most notably at the Stoop where Harlequins take on Edinburgh.

As well as the return of WP Nel for Edinburgh, up against potential England rival Kyle Sinckler at tighthead, there are also plenty of wingers who will aiming to rack up the tries.

Marland Yarde will hope to impress Eddie Jones to earn a spot in England’s RBS 6 Nations side, while Damian Hoyland will be doing similar for Edinburgh in the hope of catching Vern Cotter’s eye.

Add in Keelan Giles – back for the Ospreys against Lyon – and Jonny May playing against Treviso for Gloucester and there is every reason to tune in.