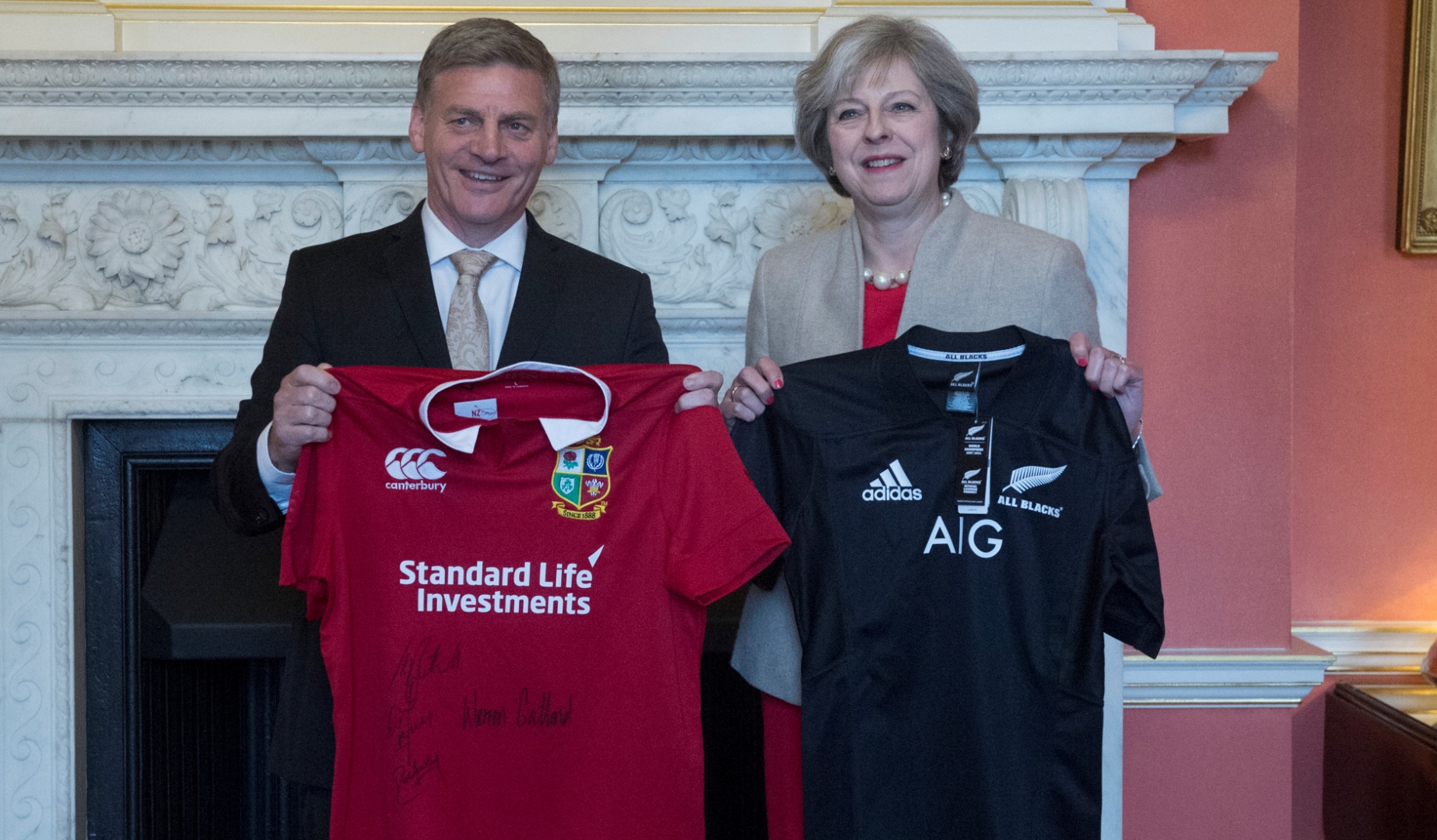 Mr English, who took over as New Zealand Prime Minister in December 2016, was visiting Mrs May at Downing Street when he was presented with the iconic red jersey at lunchtime on Friday. He returned the favour with an All Black jersey.

The Lions will travel to New Zealand this summer, playing ten matches in all, with the first match in Whangarei against a Provincial Union XV on June 3.

The first Test will take place on June 24 at Eden Park in Auckland, with further Tests in Wellington and back at Eden Park for the final match of the Tour on July 8.

Gatland was named as Head Coach for the Tour in September, with Andy Farrell, Steve Borthwick and Rob Howley named as part of his coaching team in December.