Munster joined their provincial rivals Leinster in the quarter-finals of the European Champions Cup after a dramatic late victory over Glasgow Warriors. [more] 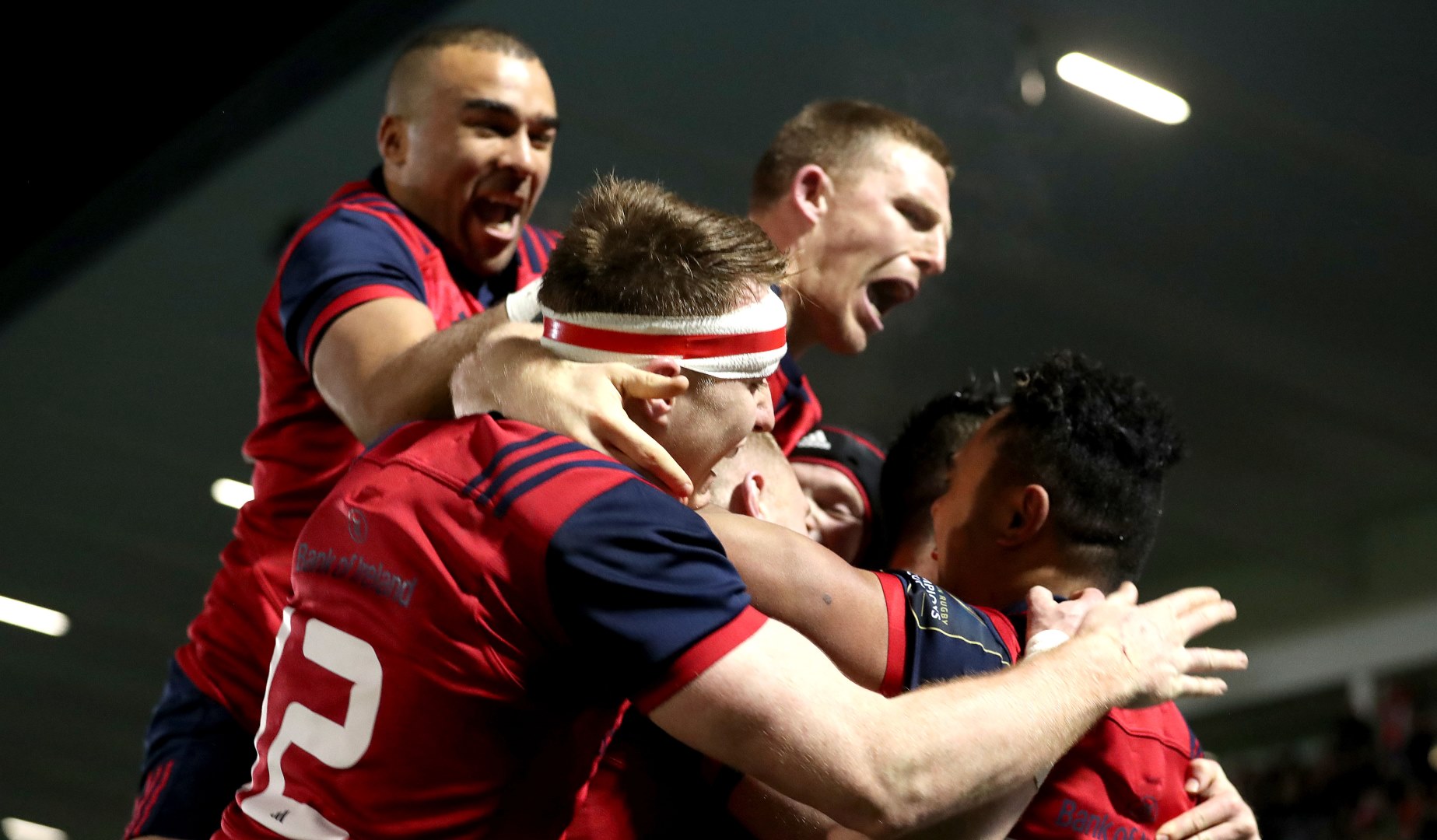 Munster joined their provincial rivals Leinster in the quarter-finals of the European Champions Cup after a dramatic late victory over Glasgow Warriors.

In a dramatic and draining encounter at Scotstoun defences dominated throughout before Francis Saili’s late try proved decisive.

Before then nine points from the boot of Finn Russell and one booming penalty from 2013 Lion Stuart Hogg looked like putting Glasgow Warriors into pole position in Pool 1.

But the boot of Tyler Bleyendaal kept Munster in touch before replacement Saili’s late intervention.

The Irish province have only shipped three tries over five games in Europe, a stunning statistic that tells you everything about their character.

And they were at it again in Glasgow on Saturday night in a brutal match-up that saw a number of individuals impress.

Stander’s ten carries for 48m with two defenders beaten also helped keep the men in red on the front foot when they got possession and territory.

Munster's passage into the last eight is now secured and they welcome Racing 92 in the final round knowing that victory would earn them a return to Limerick in the knockout stages.

While Gregor Townsend’s Glasgow finished up on the wrong side of the result, a number of players put their hands up with impressive displays.

British & Irish Lions Head Coach Warren Gatland will have noticed that the Warriors fielded a starting XV made up entirely of Scotland internationals.

And the two second rows Tim Swinson and Jonny Gray certainly showed the Kiwi what they were all about.

Swinson took home the man of the match award for an all-action disaply that included eight carries and a searing clean break in the second half as well as eight tackles with no misses.

Gray alongside him made 16 tackles – more than any other player in the match.

In the backline Hogg showed his range with a booming penalty from his first half while Tommy Seymour’s dancing feet beat three defenders but in the end they could not break down a masterful Munster.

The Warriors will head to Welford Road to take on Leicester Tigers in the final round hoping to snag a best runners-up spot.