After an enthralling fifth round of action in Europe, the qualification picture for the knockout rounds is starting to become a little clearer. [more] 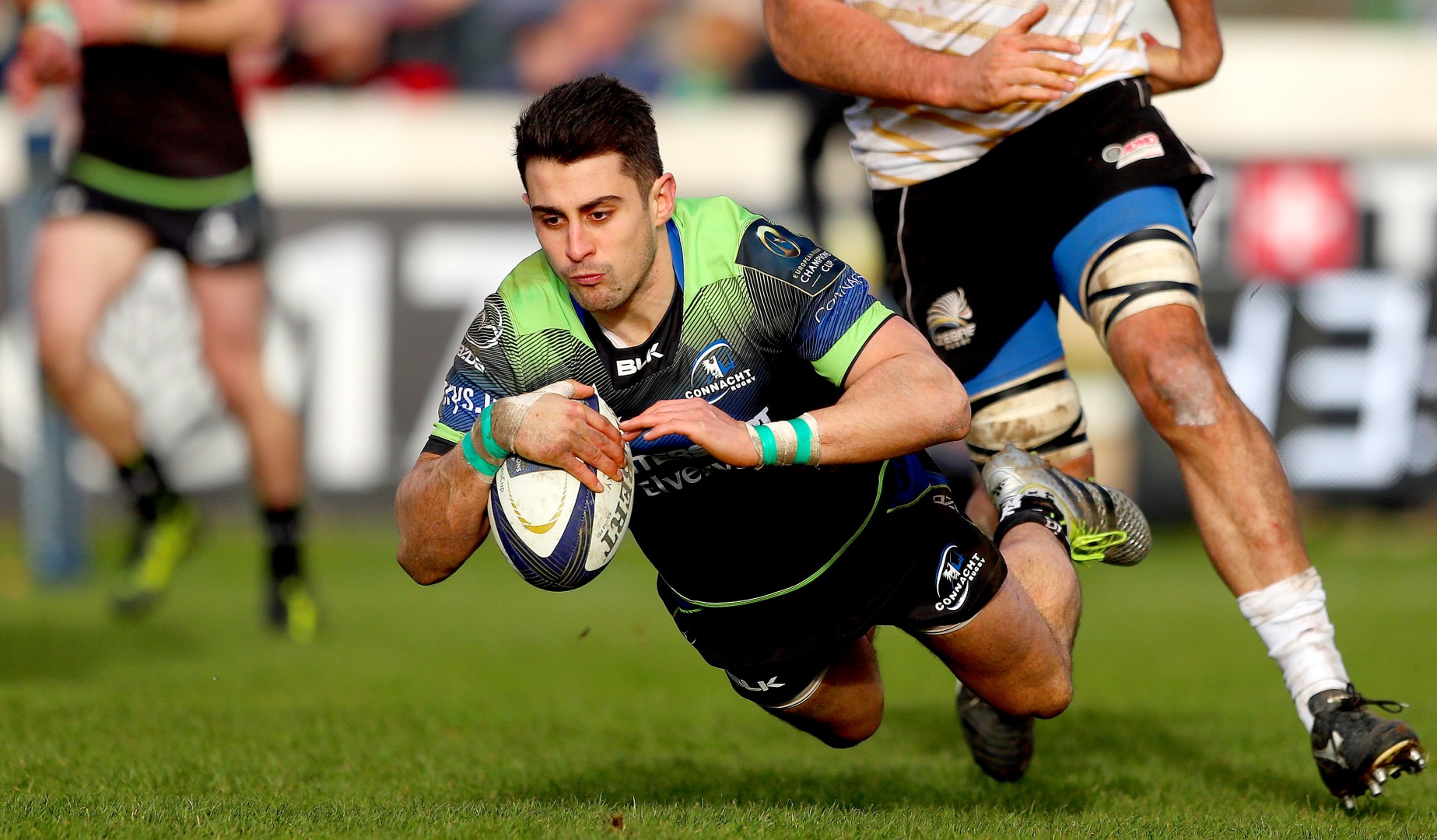 After an enthralling fifth round of action in Europe, the qualification picture for the knockout rounds is starting to become a little clearer.

Leinster, Munster, Clermont and Saracens have all booked their spots in the Champions Cup last eight with a round to spare while Gloucester and Ospreys have done the same in the Challenge Cup.

But this coming weekend’s final round of games should make for compelling viewing for Warren Gatland and his British & Irish Lions Coaching Team.

Certainly in the fifth round a number of players put their hands up for selection for the Tour to New Zealand later this year with impressive displays.

And LionsWatch begins its analysis of the weekend by taking a look at Gatland’s back three options ahead of the Tour to New Zealand.

Much was made in the build-up to the weekend of the likes of Stuart Hogg and Simon Zebo going head to at Scotstoun while fellow internationals Liam Williams and Leigh Halfpenny were also in action.

But it was the men who missed out for their countries last autumn that really came to the fore – starting at Sandy Park where Jack Nowell was inspired.

Injured for England’s autumn campaign, the 2016 Grand Slam winner looks back to his best as he helped the Chiefs keep their qualification hopes alive against Ulster.

Nowell got through a mountain of work on Sunday and finished with 108m made from 17 carries, with five defenders beaten and two clean breaks.

He laid on Michele Campagnaro’s first try and earned the penalty try that proved decisive late on – he is timing his run well for England’s RBS 6 Nations title defence next month.

There were other England stars that have been overlooked of late who were also in red-hot form this weekend and will be hoping Eddie Jones took notice.

Chris Ashton returned to European action for Saracens and bagged a magnificent double as the champions came back from the dead to earn a last-gasp draw with the Scarlets.

While Ashton bagged the headlines, the player of the game from a Sarries perspective was undoubtedly Alex Lozowski.

The former Wasp showcased his versatility by moving to full-back in the absence of the injured Alex Goode and then turned on the style.

No-one made more metres this weekend in Europe than Lozowski’s 163 while he managed four clean breaks and five defenders beaten.

And on Friday night Semesa Rokoduguni showed what he can do with a whopping eight defenders beaten and 100m with ball in hand in a try-scoring showing against Bristol.

But it was not just Englishmen showing their hand this past weekend, over the Irish Sea a number of wide men were on fire as well.

Connacht duo Matt Healy and Tiernan O’Halloran were both capped by Joe Schmidt in 2016 but missed out in Ireland’s crunch clashes last autumn against the All Blacks.

However they proved they rounding into top form as Pat Lam’s province put Zebre to the sword on Saturday.

O’Halloran made a whopping 139m while Healy was only four behind on 135 and also managed five clean breaks in the game.

Adam Byrne is still waiting for his first call-up for Ireland but on this evidence it cannot be far away after galloping for 112m with five clean breaks and a try as Leinster downed Montpellier on Friday.

Throw in the likes of Hogg – who smashed over a penalty from his own half for the Warriors in their narrow loss to Munster – and George North who made over 100m for Northampton Saints and Gatland is not short of world-class options in his back three.

Moving into the forwards and there were impressive showings all over the pack but LionsWatch was paying particularly close attention to the flankers.

And it is hard to ignore the contribution of Jack Conan – Leinster’s hat-trick hero on Friday night.

The Ireland international beat eight defenders in total while also finishing as his side’s top tackler in an eye-catching display.

He has only been capped once by his country but more showings like this would bring him right back into contention.

The last of Magnus Lund’s ten England caps may have come a decade ago but the flanker proved there is still life in the old dog with a fine showing against Toulon at the Stade Felix Mayol.

Lund made a whopping 21 tackles as the Sharks showed admirable fight before going down late to the three-time champions of Europe.

Two other England back rowers also impressed this weekend – and they were playing for the same club in Northampton Saints.

Tom Wood made 15 tackles, scored a try and led from the front in a man of the match display for Northampton as they held off a Castres fightback at Franklin’s Gardens.

But Teimana Harrison also caught the eye with a brace of tries, 14 carries and four defenders beaten in a bruising display to give Jones a reminder of his talents before England’s RBS 6 Nations squad is named later this week.

Elsewhere in the Challenge Cup 2013 Lion Justin Tipuric served another reminder of his attacking talents with a  fine solo score in the victory over Lyon – the flanker taking his try tally for the region to 21, level with Alun Wyn Jones for the most of any Ospreys forward in history.

@ospreys @AlunWynJones Callum was chuffed when Mrs AWJ told him Alun was coming to see him after the game!What a kind gesture!Thanks both x pic.twitter.com/jNV50r1AW9

It has taken Tipuric 75 fewer games to match Jones’ record – and there should be many more to come for the 27-year-old openside.