Ospreys sit top of the Guinness PRO12 and are already through to the European Challenge Cup quarter-finals with a round to spare. [more] 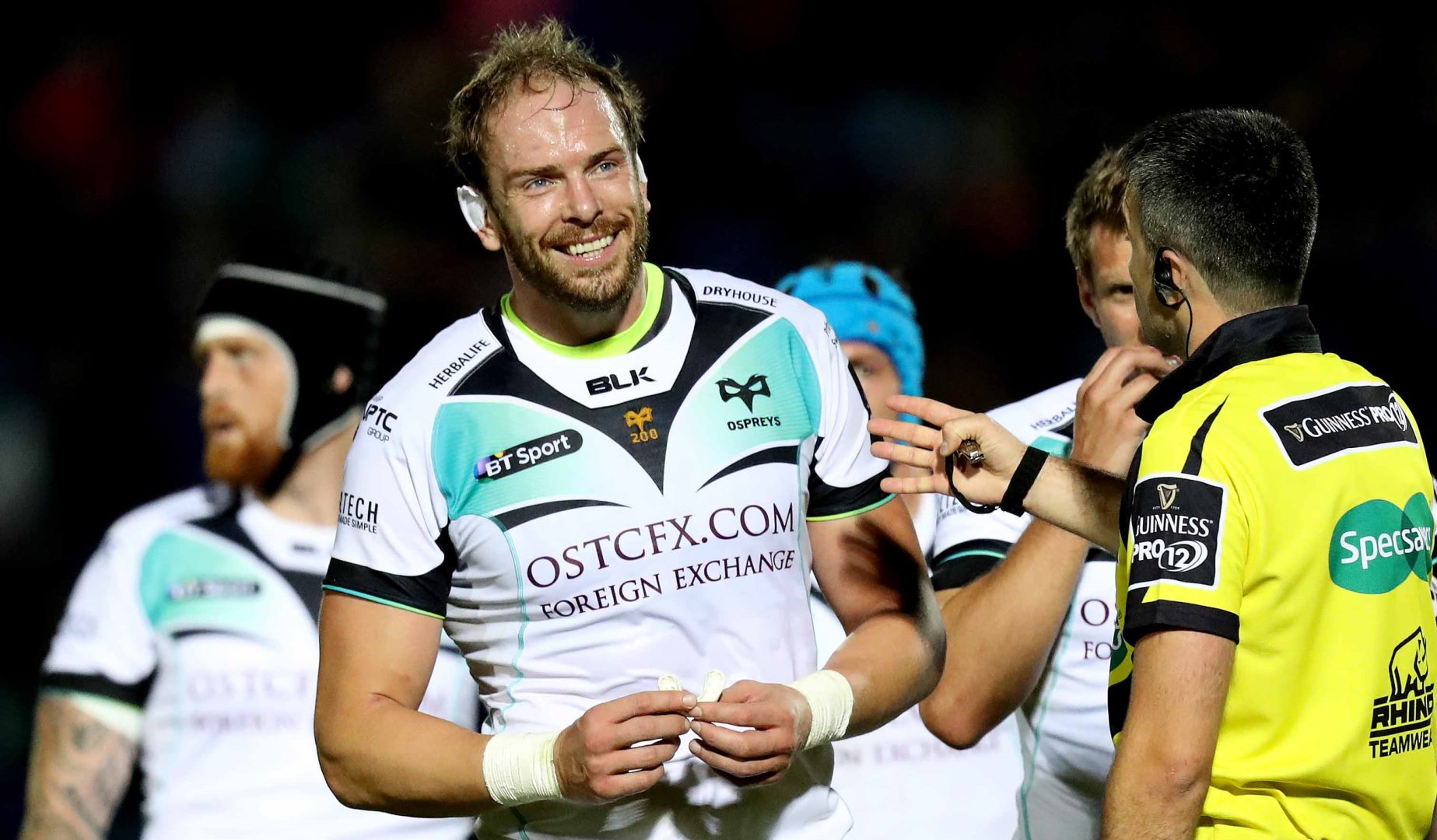 Ospreys sit top of the Guinness PRO12 and are already through to the European Challenge Cup quarter-finals with a round to spare.

Optimism is high in the Welsh region after a trophy-less run that stretches back to the 2011/12 season that saw them lift the PRO12 title.

With a British & Irish Lions Tour to New Zealand coming up later this year, a number of Ospreys will be hoping to show Warren Gatland what they can do.

“The Ospreys are the form side in Wales, last year was probably their worst since they became the Ospreys, but they have been playing fantastically well this campaign,” he said.

“They have a very solid spine to the side and the good news from a Lions perspective for the Ospreys is that they are top of the PRO12 and into the quarter finals of the Challenge Cup.

“Come the end of the season they are going to be playing in big games, the sort of games that Warren will be watching and will put them in the Lions shop window.  Play well in them and you will be seen.”

First and foremost amongst the Ospreys Lions contenders is Alun Wyn Jones – who earlier today was announced as Wales’ new skipper.

Jones has captained his country five time before, as well as the Lions in their historic third Test win over Australia in 2013.

And the 31-year-old lock, with 111 Test caps is certainly a strong contender to lead the Lions in New Zealand next year.

“Alun Wyn is probably the most important player in Wales and he is having a fantastic season,” admits Williams.

“Some have suggested he has slipped a bit but nothing could be further from the truth.

“Every season is a career best season for him and he has been superb once again, no matter the opposition.

“He is probably a good bet for the Lions captaincy as well now that he has taken over with Wales and Warren might want a senior lock.

“When you look at some of the other contenders, guys like Maro Itoje and Jonny Gray are quite young, certainly young for locks, whereas Alun Wyn has been there and done it.”

Joining Jones on that Tour in 2013 was Justin Tipuric, the flanker who came off the bench in that third and final Test.

Still only 27 and with 46 Wales caps to his name now, the natural openside has been in rich form for club and country this season.

“This will be his season,” believes Williams.

“He is battling with Sam (Warburton) hard for the No 7 jersey. And it remains to be seen how the Wales back-row will look in the Six Nations.

“Justin could be at openside and Sam at blindside because of Dan Lydiate’s injury.

“But Justin has an amazing skillset, speaking to his coaches at Ospreys and they say that when he was 16 he had a decision to make, to play flanker or centre.

“He would have been a success at either, he would probably be Wales’ starting 13 if he had gone that way but he is a guy who can do just about everything on the pitch.

“Warren will want someone who can slow down the Kiwi ball and Warburton is probably slightly stronger over the ball than Justin.

“But to beat New Zealand the Lions will have to score tries and Justin’s attacking instincts are second to none.”

Rhys Webb and Dan Biggar missed out on the Tour in 2013 but could come into contention with strong RBS 6 Nations campaigns.

And Webb in particular – whose last 12 months have been wrecked by injury – is a man to watch according to Williams.

“Rhys is the forgotten man of northern hemisphere rugby, he is going to be fit for the Six Nations and there is no reason why he couldn’t be on the Tour and indeed in the Test 23,” added Williams.

“His injury absence has coincided with Conor Murray hitting some superb form and Ben Youngs has been part of a resurgent England.

“But before then Rhys was right up there as one of the best scrum-halves around, he will be firing fit for the Six Nations after his rehab and Warren Gatland is a fan as we know.

“With a good run of games he could be right back in the equation.

“Dan (Biggar) is being challenged by Sam Davies for club and country at the moment and his inclusion will perhaps depend on how Warren wants to play.

“If he and Wales can challenge for the title he may feature but at the moment I would say he is probably an outside bet.”

Keelan Giles’ hamstring injury ruled him out of Wales’ RBS 6 Nations squad but that does not mean the flying winger, who has 11 tries and counting this season, could yet challenge for the Lions.

And with Sam Davies and Scott Baldwin also in the equation, Williams is not making any concrete calls just yet.

“Keelan is the sort of player that could come into contention,” added Williams.

“We will wait and see the severity of this injury he got on Saturday but the guy is just rapid.

“He may be only 18 and his work under the high ball and in defence are not quite Test standard yet but that is not why you pick someone like him.

“He is the kind of guy who just scores tries, and on a Lions Tour, whether for the Test team or maybe in midweek against Super Rugby sides, he could be the bolter that the Tour needs.

“Sam (Davies) is another, he stands flat to the line, is a dangerous runner and could be in the Wales No 10 shirt soon enough.”

Six Ospreys went on Tour in 2013, with Jones, Adam Jones and Tipuric cracking the Test 23 while four years previously in South Africa there were eight Ospreys in red.

In addition to the two Jones boys, the backs saw Tommy Bowe, Shane Williams and Mike Phillips all make the Test side.

There were four more in New Zealand in 2005, Williams joined by Gavin Henson, Brent Cockbain and Ryan Jones and Williams would love to see that repeated in 2017.

“In previous Tours they have taken a lot of Ospreys but I don’t think they are going to match that this time around,” he admitted.

“But if they can get three or four and, in particular, have Alun Wyn as skipper then that will be a huge boost for the region.

“They will get a lot of kudos and credit for that and I hope it is something that does happen.”

News Wales
Previous story Jones takes over from Warburton as Wales skipper
Next story Your Club Your Lions: Malone RFC