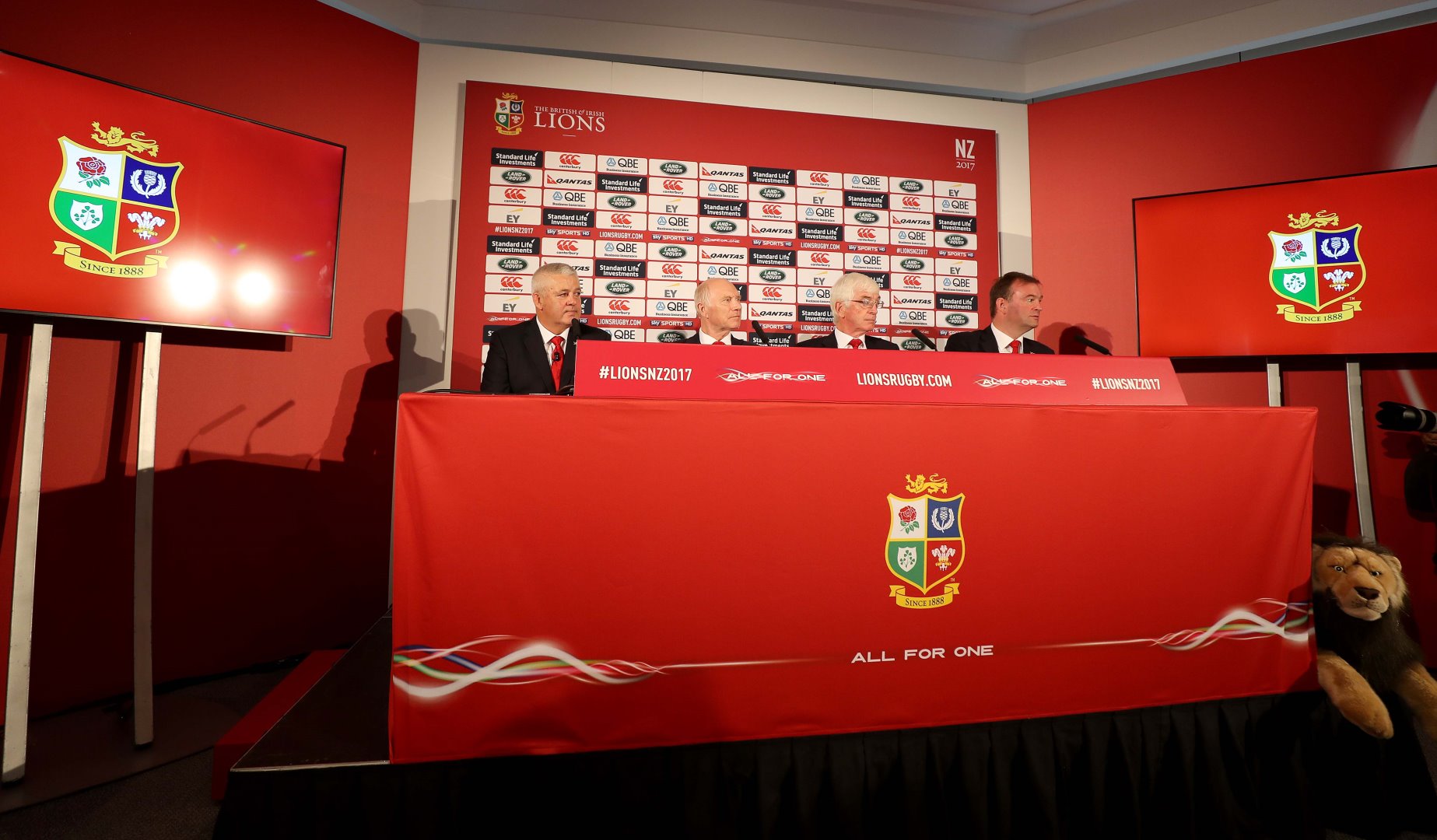 The trio will join up with the Lions after the RBS 6 Nations and Gatland said: “Rhodri, Paul and Eanna have a lot of Lions experience, including being part of a winning team in 2013 and they know what is required for us to be successful in New Zealand. They will bring a wealth of knowledge and skill to their roles and I know they will fit well into the environment we are trying to create.”

Tour Manager John Spencer, Gatland, Stridgeon and Falvey have just finished a ‘recce’ of New Zealand, visiting all seven match venues, training grounds, gyms and hotels in each city and town in preparation for the Tour.

Spencer said: “It’s been a really useful 10 days. Preparation is critical to any tour and it’s important that we get the detail right – from the size of the players’ beds to what food they will eat, medical provision to training ground surfaces. We want the players to be able to concentrate on training and playing. We’ve had a great welcome and you can sense the excitement building ahead of June.”

He toured with the British & Irish Lions to South Africa in 2009 and to Australia in 2013.

Director of Sports Medicine at the Sports Surgery Clinic, Dublin and Senior Lecturer in Sports & Exercise Medicine, University College Cork, Dr Eanna Falvey has been involved in the medical care of elite athletes for more than 15 years, working in rugby, football, boxing and Australian Rules football.

Dr Falvey was the Irish Amateur Boxing Association high performance unit physician from 2009 to 2015 during a period of unrivalled success for Irish boxing, maintaining a link to his own sporting past where he was National Amateur Heavyweight and Superheavyweight boxing champion, representing Ireland at the 2001 AIBA World Senior Boxing Championships. He is a member of the World Rugby Concussion working group.

Currently Head of Strength and Conditioning at Toulon, Paul “Bobby” Stridgeon will be touring with Lions for a third time following 2009 in South Africa and the successful series win in Australia in 2013.

After a six-year stint with England, during which they won the 2011 RBS 6 Nations, he joined Toulon, preparing them to win the 2015 European Cup final and reach the French Top 14 final in 2016. In addition to his role with Toulon, he became WRU Consultant Head of Physical Performance in May 2015.