Lions Tales: Hammersmith & Fulham RFC head Down Under in 2013

"For the boys from Hammersmith and Fulham RFC who toured, the final day of that incredible trip will go down as one of life's great moments, with memories that never fade." [more] 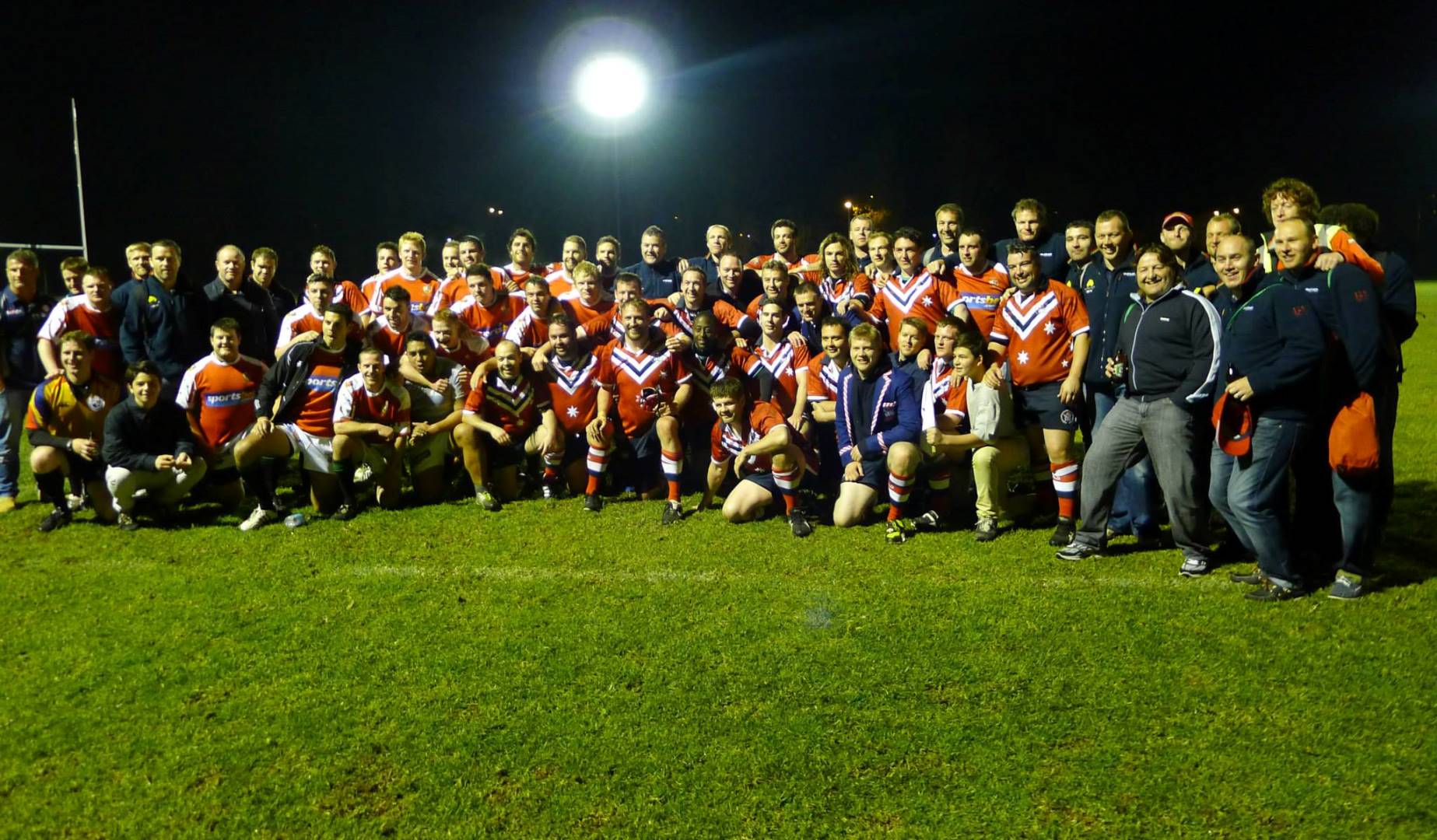 "For the boys from Hammersmith and Fulham RFC who toured, the final day of that incredible trip will go down as one of life’s great moments, with memories that never fade."

It didn’t take much persuading from hooker Hugo Lowry to convince 23 members of Hammersmith and Fulham Rugby Club to join him and follow The British & Irish Lions to Australia in 2013.

After agreeing to put money aside each month for over a year in preparation, 24 players headed to the other side of the world intent on playing as well as spectating.

They started in Melbourne to see the Lions follow up their 23-21 victory in the first Test with a 35-0 midweek success over the Melbourne Rebels.

And just prior to the second Test the club managed to get a bit of rugby in themselves competing in a round robin tournament against Australian-side Powerhouse and an Irish touring side.

The group were cheered on by a number of former internationals, including the late Ireland great Anthony Foley, before meeting Lions legend Shane Williams at a pre-Test lunch at the Australian club.

And while the Lions were ultimately unsuccessful in Melbourne, setting up a decider in Sydney, Lowry was full of praise for his Australian hosts and the atmosphere leading up to the third Test.

“It was a pretty easy sell, there was a group of us chatting over a beer, we decided to do it in Australia because we had a lot of connections there,” Lowry explained.

“If we were going all that way we wanted to make the most of being over there and playing as well as watching.

“Powerhouse were brilliant, they could not have been more delightful hosts. We had good fun with them.

“Obviously it was a great experience. Melbourne was an incredible city, just walking to the ground was pretty exciting and it was a good game.

“In hindsight I was glad we didn’t win because it set up the third Test as a big final. It was great to be there and watching the game and 1-1 into the final made it extra exciting.

“Between the second and third Test, when we were travelling around, it was what everyone was talking about.”

After Melbourne, the club headed up the east coast towards Sydney enjoying the best of what Australia has to offer including golf, sky diving, beach rugby and barbecues.

On arrival in Sydney, Lowry and his team returned the compliment paid to them and went to support the Lions Legends XV against a Wallaby Legends XV at the North Sydney Oval.

The club couldn’t miss Bondi Beach and took full advantage of the city of Sydney in the build-up to the deciding Test match.

But before they made their way to the ANZ Stadium in Sydney, Hammersmith and Fulham RFC had an important rugby clash of their own to complete – a grudge match against a strong and large squad of former Hammers players at Woollahra Colleagues RFC.

A group of 50 current and former players from a small club in West London had managed to come together 10,500 miles away in Sydney and, with a last-ditch try, the tourists were successful 24-22.

Their success was celebrated on a boat, which cruised around Sydney Harbour for four hours, before heading to the ANZ Stadium to watch the Lions win their first Test series since 1997.

And the experience of victory in a deciding Test was unlike anything Lowry or his teammates had ever experienced before.

“I have been to lots of other games, in terms of internationals and club games and big arenas in other sports, but this is on a much bigger scale,” he added.

“When you are away somewhere but you feel as if you are the home support it’s extraordinary.

“It meant an awful lot to a lot of people, it’s not something that happens every week. For the people lucky enough to be there it’s something you might get to see once.

“We will arrange a reunion this summer in London and watch the game as a group and rekindle the memories from four years ago.”