Your Club Your Lions: Malone RFC

Malone RFC would never claim to be a one-British & Irish Lion rugby club, but in Jimmy Nelson OBE, they boast a man who can unequivocally be labelled a one-club Lion, through and through. [more] 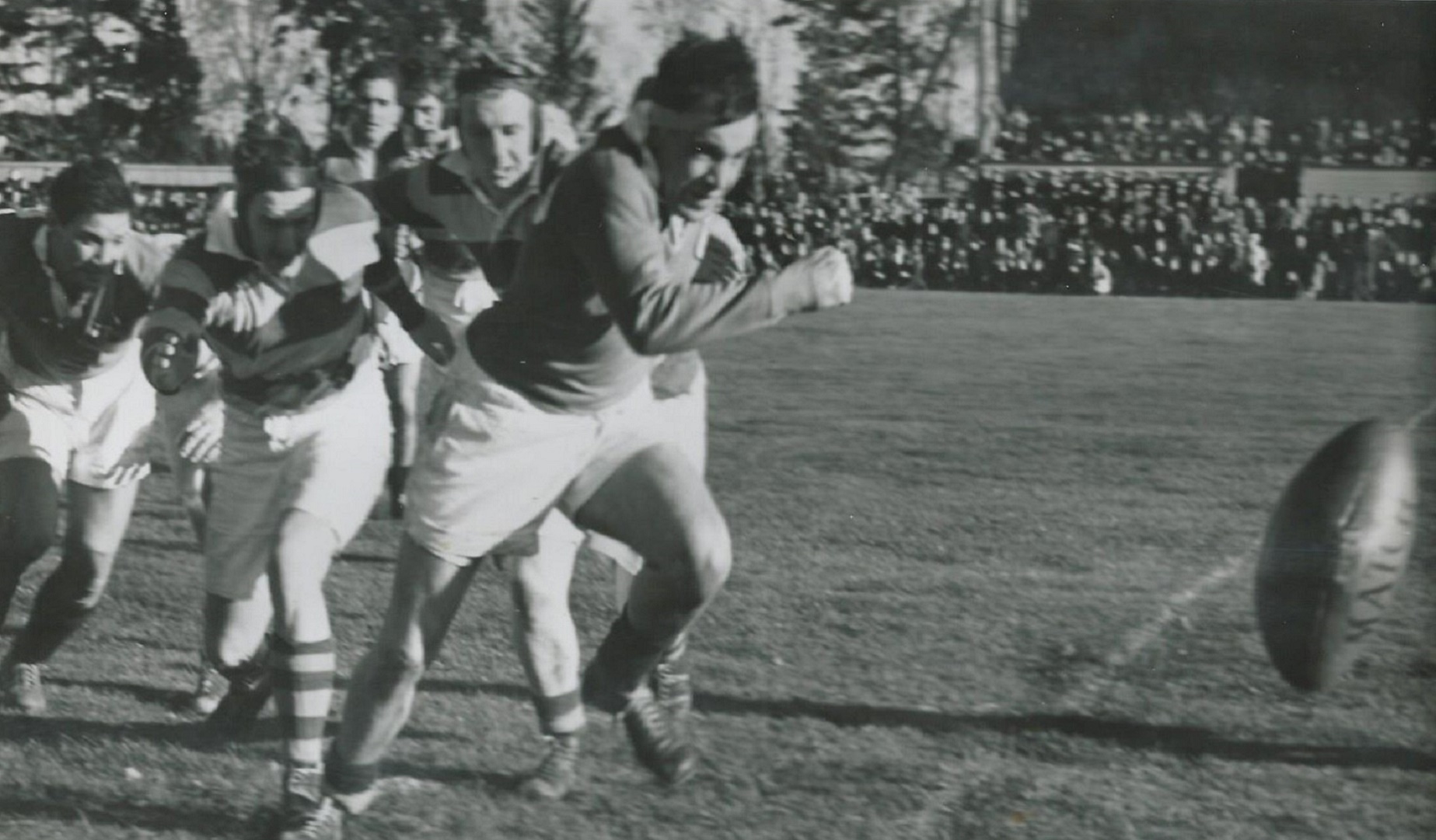 Malone RFC would never claim to be a one-British & Irish Lion rugby club, but in Jimmy Nelson OBE, they boast a man who can unequivocally be labelled a one-club Lion, through and through.

Leader and legend of the Belfast-based club, Nelson’s journey to the famous red jersey is still one of folklore even now, talked about on the Cregagh Road more than 65 years since his Tour to Australia and New Zealand.

But while Jimmy was not the first Lion proud to represent the Northern Irish club, he is, as it stands, the latest from his rugby family, but his name will forever go down as being ‘Mr Malone’.

But their Lions journey dates back further than Nelson. In 1904, forward Reg Edwards also made the trip to Australia, playing two of three Tests as the Lions came back with a whitewash success.

In Charlie Patterson, Edwards had a Malone brother in arms in that particularly successful Lions enterprise, following on from the equally-valiant efforts of Alfred Tedford a year previous.

He was to score five times in the two-month stint, an ever-present in the 1903 Tests against South Africa – an identical haul to that of Tom Smyth, Tour captain in the same country seven years after.

But it is Nelson himself held in highest esteem, hero in Ireland’s Championship Grand Slam in 1948, going on to score four tries in 19 games in the Antipodes.

Two of those were to come in the second victorious Test, 24-3 in Sydney, a moment which, as former Malone RFC captain and Belfast Telegraph reporter Jim Stokes explains, wrote his name into folklore.

“That moment in Australia is absolutely fantastic for a club like Malone RFC,” he said. “To have your club involved in games like that, for the British & Irish Lions, is truly special and one we’ll never forget.

(Nelson, middle row, third in from the left with his Malone teammates)

“But more than a superb lock, he was an even greater man. And it’s that which has created a Malone legacy, his own room in the pavilion, and after his death in 2014 his ashes are spread across Gibson Park Avenue ground.

“Even into his 90s you’d find him on the touchline, he’d never miss a Malone match for anything – a man vociferous on the sidelines, almost as if he was bursting to be back out there again.

“He would always shout, ‘Let it out, Malone’. We have and are a forwards club – as shown by our Lions – but Jimmy could see all that was going on, he wanted the backs involved as much as he could, and the way he conveyed that is always something that will stick with us.”

Once a man becomes a Lion, they are forever a Lion. It is by similar association that Nelson is regarded by Malone RFC.

Founded in 1892 by residents of Belfast’s Malone Park, the club has come a long way since its initial inception of 13 playing and 12 non-playing members, on the cusp of celebrating 125 years of existence.

One of the few clubs still playing at its original ground, the Cregagh Red Sox currently ply their trade in Division 2A of the Ulster Bank League, content with their position despite relegation a couple of seasons previous.

But with a triumvirate of Ulster Senior Cup and Ulster Senior League titles in the early 1990s, there is still a plethora of happy times to fall back on.

But for a side that has come through the difficult times admirably more than most, it is arguably the off-field performances that continue to captivate those most associated with the club.

Stokes continued: “Malone continues to be a family club, proud to have withstood everything in rugby, and it’s through everyone’s foresight and hard work that the club is now thriving.

“People are happy with the rugby that is played, the game is enjoyed and that traces its way right back to the amateur days.

“Each matchday the clubhouse is absolutely full. People just walk up and have a chat, and it’s that friendliness that Jimmy loved so much – any club that comes and plays at ours doesn’t want to go home!

“Everyone here is so fond of the place and that’s what our rugby is all about. It’s why we can be proud to show off our Lions and why they stay with us for so long, Malone through and through.”