Leinster are already guaranteed a berth in the European Rugby Champions Cup quarter-finals before a ball has been kicked at the Stade Pierre Antoine on Friday night. [more] 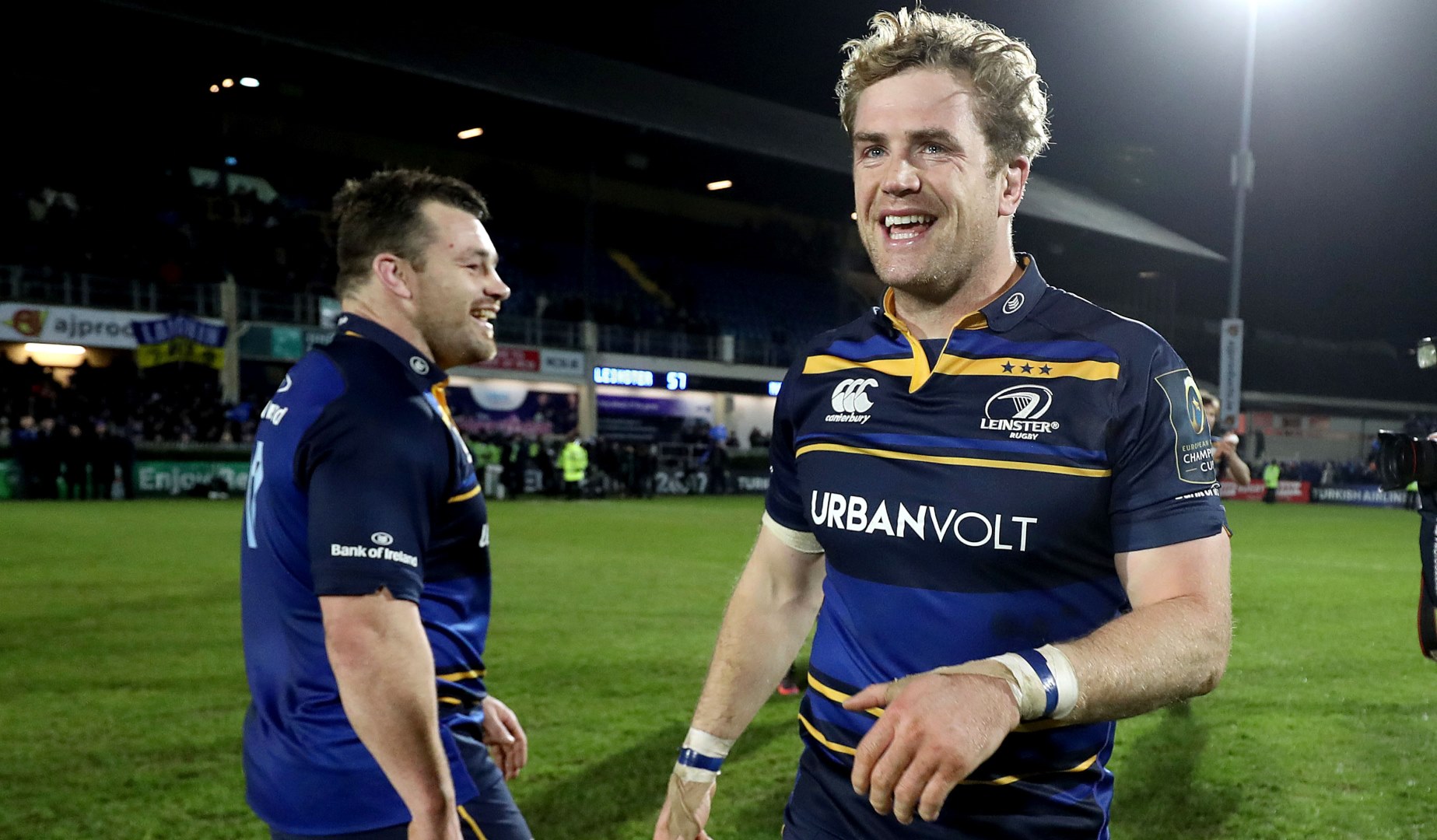 Leinster are already guaranteed a berth in the European Rugby Champions Cup quarter-finals before a ball has been kicked at the Stade Pierre Antoine on Friday night.

But Leo Cullen’s men want to secure a home clash at the RDS in the last eight so victory over Castres is imperative.

And with that in mind the three-time European champions have named a near full-strength matchday 23 for their trip to the south of France that kicks off the final weekend of Pool stage action.

That means that their backline remains virtually identical to the one that has put both Zebre and Montpellier to the sword in the last two weeks.

Jonathan Sexton looks to be warming up nicely for the 2017 RBS 6 Nations and he retains the No 10 shirt for the boys in blue.

British & Irish Lions Head Coach Warren Gatland will be keeping an eye on how the Ireland fly-half – who started all three Tests in 2013 – gets on.

Particularly considering he will be playing in midfield on Friday night with two other Lions contenders in Robbie Henshaw and Garry Ringrose.

The two centres are yet to start a game together for Ireland but their partnership for their province is beginning to really take shape.

WATCH: Here is the #LeinsterRugby starting XV that will be aiming to claim a home #ChampionsCup quarter-final tomorrow. #CASvLEI pic.twitter.com/i4LvynPJ85

In the forwards there are also plenty of contenders for Gatland to keep an eye on – most notably in the front row where Cian Healy comes in to start.

The 2013 tourist replaces his rival for club and country Jack McGrath to pack down in an all international front row alongside Richardt Strauss and Tadgh Furlong.

? @LeinsterRugby are the only side with a 100% scrum success rate in the competition, winning all 30 on their own ball pic.twitter.com/zGzdWKT6tD

Devin Toner in the second row is this time partnered by Ross Molony while the back row is made up of two-time Lion Jamie Heaslip at No 8 with Josh van der Flier and Jack Conan alongside him.

The latter scored a hat-trick and scooped the man of the match award last time out and will be hoping to continue his fine recent form against a Castres side that still have a slim chance of qualifying for the knockout stages.

Less than a hundred miles to the east over in Montpellier, Northampton Saints go in search of a morale-boosting win to finish of their European campaign.

They will be hoping to spoil Montpellier’s last-eight hopes and have retained Wales and Lions winger George North in their starting XV.

The Welshman was in fine form last weekend against Castres, making over 100m with ball in hand in their bonus-point victory.

Keep an eye out also for Harry Mallinder in the centres who has returned from injury and looks to be back to the sort of form that saw him guide England U20s to the junior world title last summer.

Meanwhile in the Challenge Cup Edinburgh are looking to guarantee a home quarter-final when Timisoara Saracens come to Myreside.

In the backs Damien Hoyland and Duncan Weir will be looking to impress after their Scotland call-ups this week and the same goes for the uncapped duo Simon Berghan and Cornell du Preez who were both selected by Vern Cotter.