Your Club Your Lions: Nottingham RFC

For 12 minutes in the victorious third Test of The British & Irish Lions 2013 Tour to Australia, every member of Nottingham RFC could afford to give themselves a pat on the back, breath a contented sigh and admire a job well done. [more] 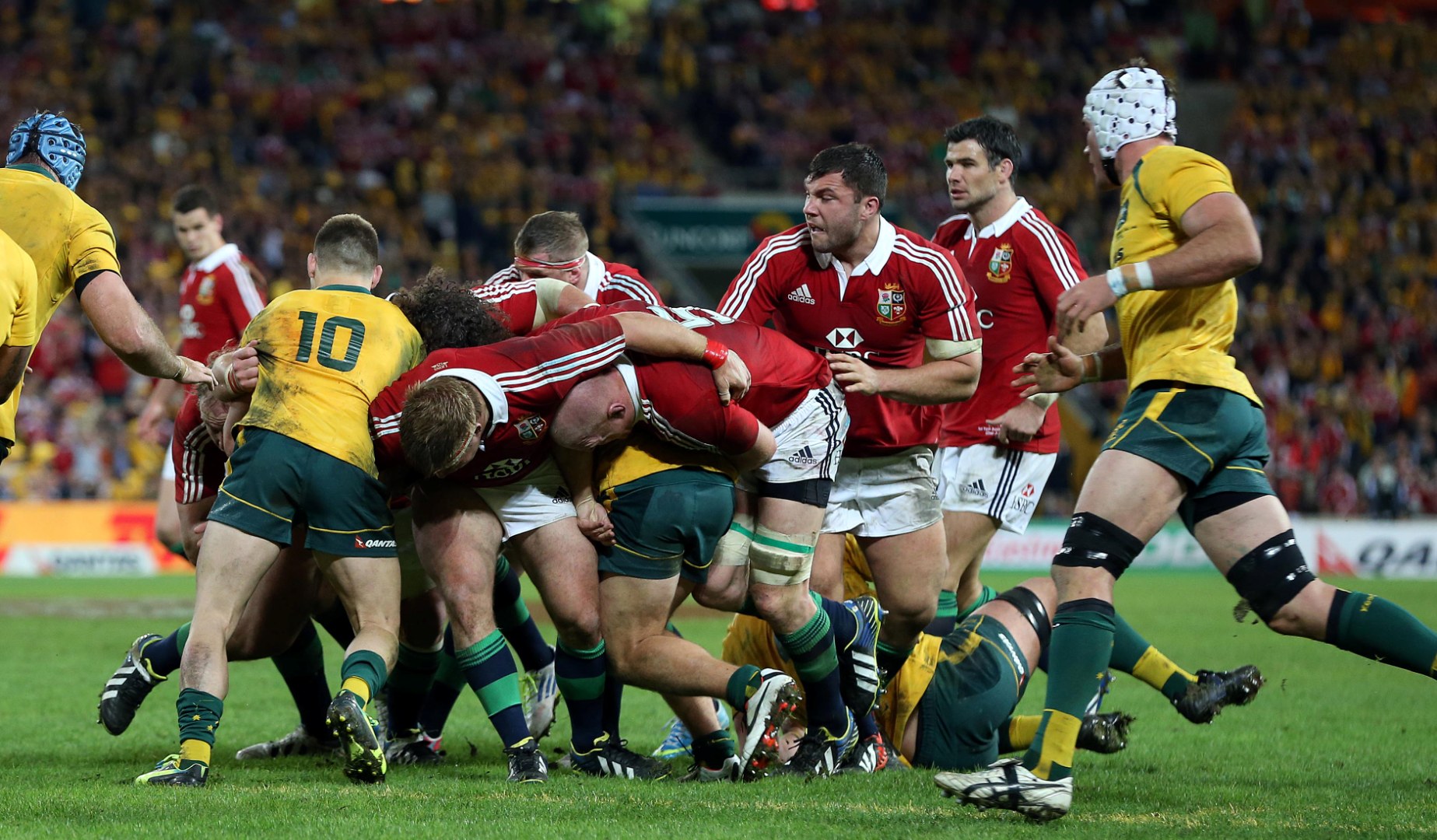 For 12 minutes in the victorious third Test of The British & Irish Lions 2013 Tour to Australia, every member of Nottingham RFC could afford to give themselves a pat on the back, breath a contented sigh and admire a job well done.

When Tom Youngs and Dan Cole rose from the bench after 47 and 55 minutes respectively, they joined Alex Corbisiero in the front-row as the Lions pushed for what would be a historic 41-16 triumph.

For those precious dozen minutes, Nottingham had a monopoly on the Lions front-row – for varying lengths of time, Corbisiero, Youngs, and Coles have all turned out in the Green and White jersey.

Youngs’ debt to Nottingham perhaps runs deeper than Corbisiero and Coles – who played four and five games for the club during their development years.

But England hooker Youngs, who won three Test caps in 2013, played more than 60 games for Nottingham between 2009 and 2011 when he was converting from centre to hooker.

And as club statistician Dave Green pointed out, Nottingham have history when it comes to developing players.

“A man called Dorian West came down in the late 80s, he was a flanker, he made 89 appearances for us and then went to the Tigers, but by the time he left he was a hooker and would go on to play for England,” he explained.

“When Tom Youngs came to us in 2009, he was a centre and two years after he played his last game for us in 2011, he was playing as a hooker for the Lions.

“As an all-round player, he was fantastic, but he had to work on his throwing, but he did win player of the season when he was with us.”

Founded in 1877 – 140 years ago – Nottingham’s heyday was in the 1970s and 1980s under future Wales coach Alan Davies and the great innovator Dai Roberts.

They could call on England internationals Simon Hodgkinson, Dusty Hare – who would become a Lion in 1983 – 1989 Lions Test series winner Rob Andew, not to mention legendary hooker Brian Moore.

Moore’s place in Nottingham lore is unshakeable, not only for the tenacity and vigour with which he acquitted himself in Green and White, but as the only man to win a Lions cap while still playing for Nottingham.

Though he has 64 caps for England and five Tests for the Lions, including all three Tests in 1989 as part of the only Lions side ever to come from behind to win a Test series, it was with Nottingham that he made his name, playing 196 times between 1981 and 1990 before moving south to London.

“It is very difficult to compare across eras, but certainly when you consider the atmosphere and the brand of rugby that we played – those years in the 1970s and 1980s can’t be beaten,” Green added.

“Brian was a tenacious player, Simon’s boot and then Rob’s boot obviously helped – you can see how much confidence a good goal-kicker can give a side.”

“Especially considering the number of offers that Brian would have had, I think the reason that he stayed was the brand of rugby we played – it was exciting, it was free-flowing – and for the coaching that he received from Alan Davies.

“He arrived as a 19-year-old and we developed him, that was the same with a lot of our players, that’s what happened with Dusty Hare and he still occasionally at the club today.”

It’s a similar story with 1997 Lion Neil Back – who moved to Nottingham as a 19-year-old and according to Green, immediately stood out from the rest.

He said: “When Neil Back came down he looked a very good player, a different class. He arrived in 1988 and he made 38 appearances, but we played Leicester in March 1990 during an international break.

“Neil excelled himself and from then on they were desperate to get him and it was from there he went on to England and then the Lions.”

Though much rests with Davies and the vintage of 1980s, a particularly special place in the collective hearts of Nottingham Rugby is reserved for innovative coach Roberts.

In 1966 when Sir Alf Ramsey was working his magic with England’s footballers, Roberts became the first ever officially appointed club coach in England.

But it was the passion and drive that he brought to Nottingham which transformed them from a smaller team to a top-flight club during the 11 years Roberts was at the helm and paved the way for the likes of Andrew, Moore and Youngs to pull on a Lions jersey.

“We were a more junior club, until Dai arrived and he became the first officially appointed club coach by an English side in history. We learned how to handle ourselves during that period,” added Green.

“He changed things, up until that point we would have been expected to lose against the bigger teams, but that all changed with Dai. He helped us become the club we are today.

“The style we play, we still aren’t a high-paying club, we don’t have a big budget, but that spirit is still there.”