LionsWatch: Henshaw gets try double as Leinster draw in France 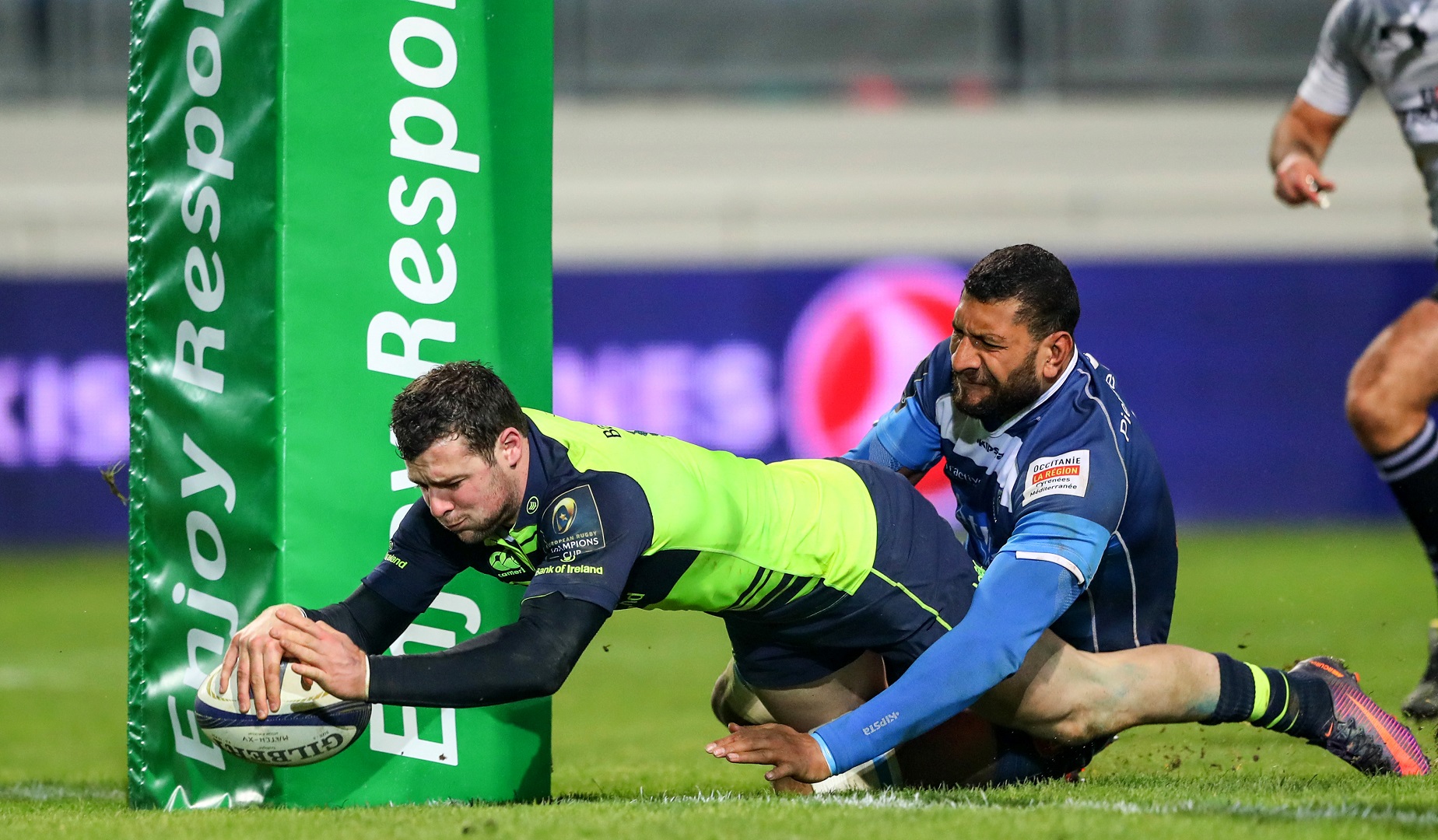 Henshaw stormed over from 50m for the first try after ten minutes as he made the most of some indecision amongst the French players.

And it was the break from Adam Byrne that caught the eye with the second try as he offloaded for Henshaw’s second of the game, which he dotted down between the posts.

Ireland fly-half Johnny Sexton kicked a conversion and a penalty as Leinster finish top of their group with four wins and 23 points and look likely to secure a home semi-final.

In the European Challenge Cup, Edinburgh Rugby ran in seven tries in a 49-3 win against Romanian side Timisoara Saracens with the try bonus point securing them a home quarter-final.

Back row Magnus Bradbury, who made his Scottish debut in November but wasn’t named by Vern Cotter for the RBS 6 Nations, got the first try from a driving maul at Myreside after 12 minutes.

Uncapped Cornell Du Preez, named in Scotland’s RBS 6 Nations squad this week, also got on the scoresheet as the Scots led 28-0 with four tries at half-time.