The continent's finest have one final chance to flex their muscles before the RBS 6 Nations begins on February 4 as the European Rugby Champions Cup pool stages wrap up this weekend. [more] 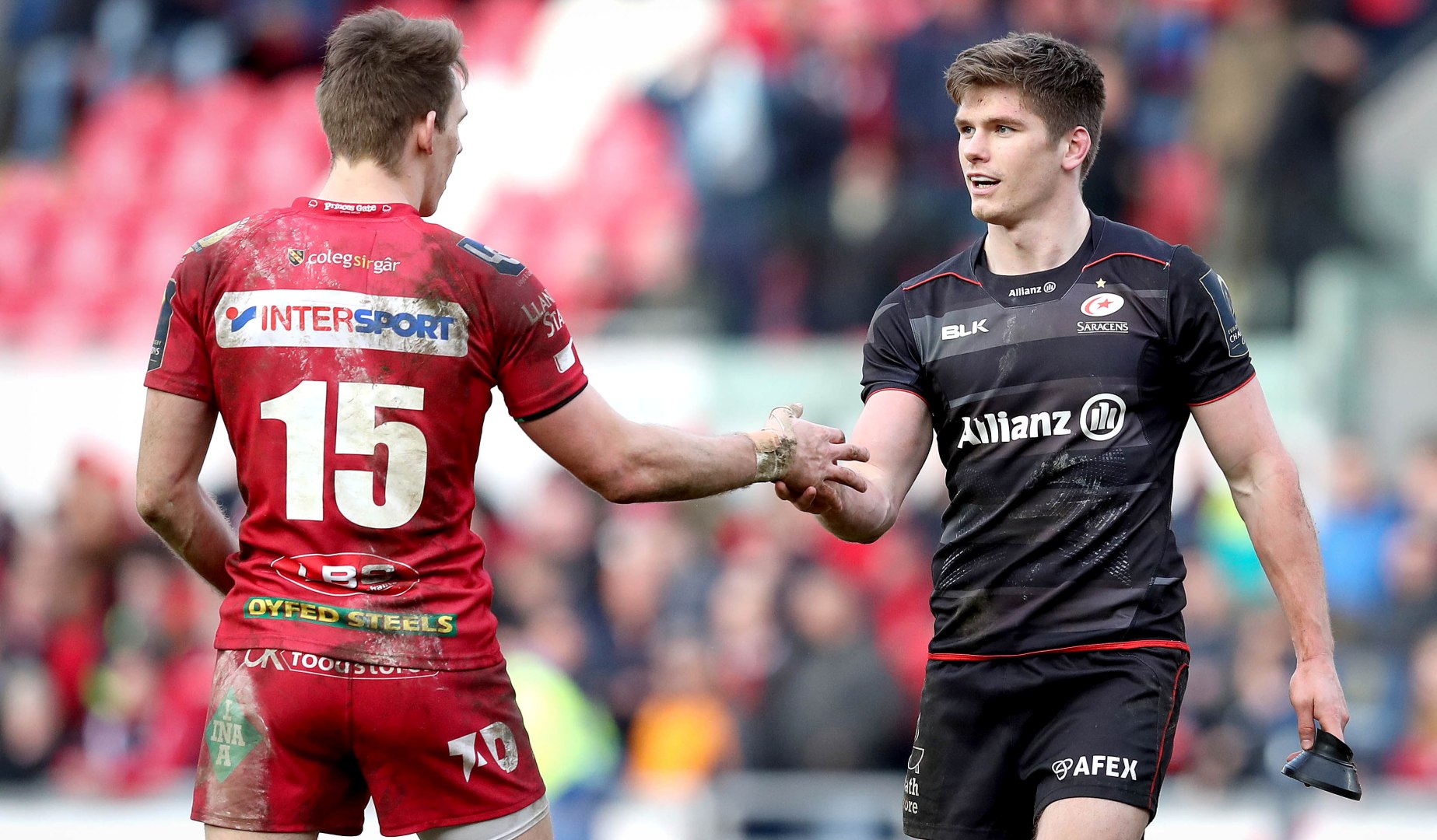 The continent’s finest have one final chance to flex their muscles before the RBS 6 Nations begins on February 4 as the European Rugby Champions Cup pool stages wrap up this weekend.

Leinster, Munster, Clermont Auvergne and Saracens have all qualified, but with four more spots in the knockout stages up for grabs and The British & Irish Lions Tour edging ever closer, motivation will be peaking and here, we pick out the stories to watch out for.

Alex Lozowski stole the show from full-back for Saracens last weekend against the Scarlets, making 163 metres, while creating the first try for Nathan Earle and having a firm hand in Chris Ashton’s first for the defending champions.

Though not a full-back by trade, he starts there again this weekend at Allianz Park when Toulon come calling for a blockbuster clash between Europe’s best two sides over the past four years.

? "I think the game is set-up to be a belter.” – @alexlozowski on facing @RCTofficiel on Saturday.

His opposite man in North London will be 2013 Lions’ man of the series Leigh Halfpenny, who will be looking to make certain of Toulon’s progression to the knockout stages.

Saracens have not lost at home in European competition in 11 games and average 42 points per match over that period, but with Mike Ford’s team gunning to ensure Toulon’s perfect record of progression to the knockout stages of Europe’s premier club tournament continues, the battle between these two will be pivotal.

Mark McCall’s men have kicked more in open play than any other side in Europe this year, making Halfpenny’s role all the more crucial, while with Matt Giteau at fly-half and the Welshman at full-back, Lozowski is likely to have his high-ball credentials tested.

And after being named in Eddie Jones’ RBS 6 Nations squad, Lozowski certainly won’t be short of motivation.

The man at the centre of Halfpenny’s aerial bombardment – Owen Farrell – may kick well, but that has not stopped him leading the tournament with five assists.

England playmaker and 2013 Lion Farrell was brilliant at the death for Saracens in their 22-22 draw with the Scarlets, making two clean breaks late on to put Ashton over for a score, but with the RBS 6 Nations two weeks away, he will want to continue that impressive form.

Red Rose rival turned fly-half partner George Ford was supreme in Bath’s 57-22 win over Bristol in Round 5 of the Challenge Cup and like Farrell will be aiming to return to England colours full of confidence following a clash with Pau.

Wales No 10 contender Sam Davies will feature for the Ospreys in a final audition before Rob Howley’s men get underway against Italy. Davies’ Ospreys’ side are looking to become the first side in history to finish a European campaign with a perfect 30 points against Newcastle Falcons.

Irish fly-halves Ian Madigan and Paddy Jackson head off when Ulster host Bordeaux-Begles at the Kingspan Stadium, while Jonathan Sexton has another chance to prove his fitness and form following an injury layoff when he starts against Castres.

WATCH: Take a look at the #LeinsterRugby starting XV that will be aiming to claim a home quarter-final tomorrow night v Castres. #CASvLEI pic.twitter.com/APtw3fFoAE

Finn Russell is up against Freddie Burns at Welford Road, with Glasgow Warriors seeking a victory that would secure a first-ever spot in the quarter finals, and Owen Williams, fresh from a call-up to Howley’s Wales squad, starts on the bench.

Mike Williams returned to the England fold today having missed out in the autumn due to a broken arm and with James Haskell, Maro Itoje and Jack Clifford also back in, he will need to make a big statement against Glasgow to push himself into Jones’ calculations for France on February 4.

All-Test trio of Ryan Wilson, Josh Strauss and Rob Harley will be charged with neutralising Williams as Warriors seek to become just the second side in history – after Munster in 2006 – to beat Tigers at Welford Road in Europe.

Despite the absence of David Denton, Scotland’s back-row supplies are fairly plentiful and Harley, Wilson and Strauss could boost their chances of starting the opener against Ireland if they play a role in what would be a landmark win.

GT: "Leicester are the only team to have beaten Munster recently. They have a proud home record so it'll be a tough game for us"

Stuart Hogg, a Lion in 2013, faces off with Mathew Tait, young Scotland No 9 Ali Price will be tested by Lion Ben Youngs, while Fraser Brown and Tom Youngs are set for an intriguing battle in the set-piece.

Rassie Erasmus’ in-form Munster side face Racing 92 for the second time in three weeks, with Conor Murray, Simon Zebo, CJ Stander and Peter O’Mahony all starting as the Irishmen look to secure a home quarter-final.

Connacht have included Kieran Marmin, Niyi Adeolokun and Finaly Bealham as they look to secure a last-eight spot with a win at the Stade Ernest Wallon.

Exeter Chiefs need a bonus point at the Stade Marcel-Michelin against the current number two seeded side Clermont Auvergne, Sale and Scarlets face off in Manchester.

Wasps have named a strong side to face Zebre, with a win enough to secure their progression to the quarters for the third year running and possibly top spot in the pool.