Chris Ashton's second-half try and the boot of Owen Farrell combined to secure a 10-3 victory over Toulon for Saracens and secure a home quarter-final. [more] 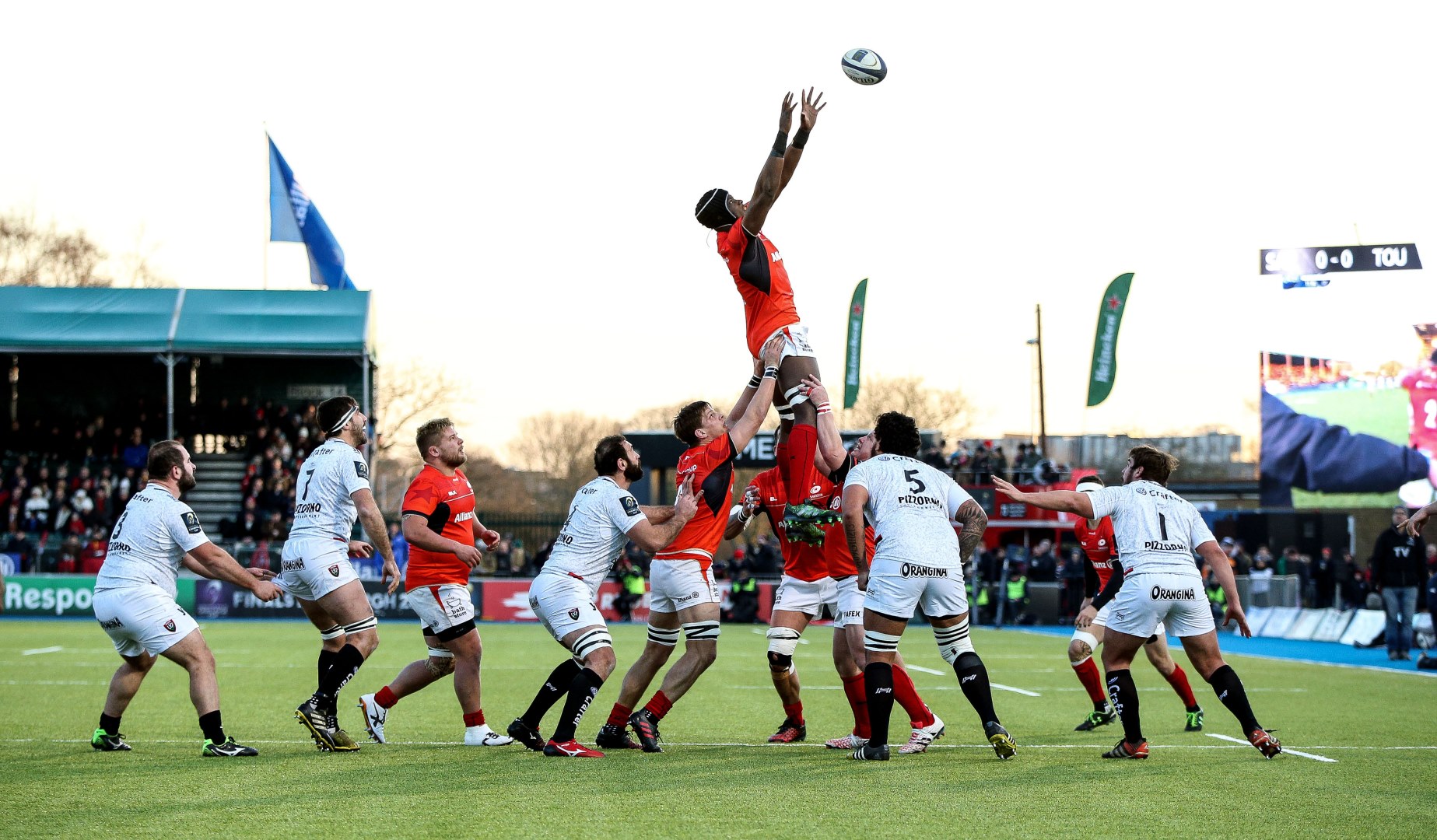 Chris Ashton’s second-half try and the boot of Owen Farrell combined to secure a 10-3 victory over Toulon for Saracens and secure a home quarter-final.

2013 British & Irish Lion Farrell’s first-half penalty was the only score in the first half of a thunderous and bruising encounter at Allianz Park.

When Ashton went over on the hour mark for his 34th try in European competition – moving him second on the all-time list, Toulon’s hopes of the last eight were in danger.

But 2013 Lion Leigh Halfpenny smashed over a penalty from near halfway to trim the lead to only seven points and that was how it remained at the final whistle.

A losing bonus point was enough to put Toulon into the knockout rounds as the three-time champions of Europe look to reclaim the crown they last won in 2015.

Josua Tuisova should have scored the opening try of the game in the first half as the Top 14 powerhouse made a bright start in north London.

But the Fijian dropped the ball over the try line and from then on defences dominated in an attritional encounter.

But there were some standout showings Lions Head Coach Warren Gatland to take note of with the Tour to New Zealand in mind.

In the forwards Maro Itoje was tireless, making 10 carries and beating two defenders with ball in hand while also making 13 tackles and securing a vital second-half turnover.

But that was not enough to earn him the man of the match champagne as that went to No 8 Jackson Wray.

Wray has filled the sizeable boots of the injured Billy Vunipola with aplomb and against Toulon he made inroads every time he got hold of the ball.

The versatile back-row forward made a whopping 18 carries for 83m and beat five defenders in an impressive outing that will certainly have turned a few heads.

Jamie George is hoping to displace Dylan Hartley as England’s hooker next month and he did his cause no harm with 14 tackles on Saturday – more than any other player on the pitch.

England internationals Ashton and Farrell grabbed the points but in the back line Nick Tompkins was superb.


The youngster – who caught the eye for the England Saxons last summer – beat four defenders and made two clean breaks from his 12 carries for 70m.

And that was up against a two-time World Cup winner and all-time great in Ma’a Nonu – the future is clearly bright for Tompkins.