They say the second season is always harder than the first, and Worcester Warriors find themselves in a scrap ahead of a crucial run of games in the spring. [more] 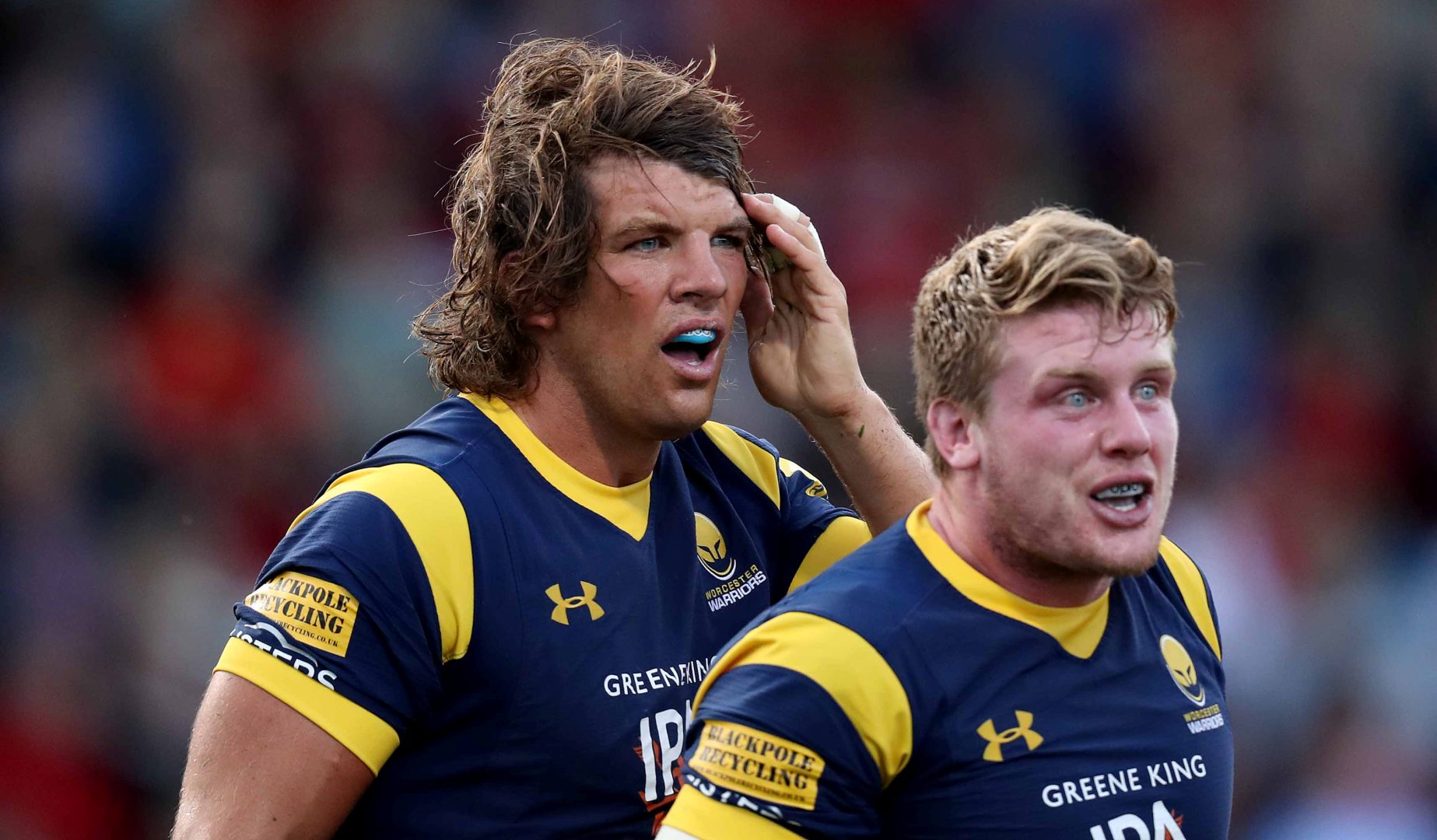 They say the second season is always harder than the first, and Worcester Warriors find themselves in a scrap ahead of a crucial run of games in the spring.

Having survived their first season back in the Aviva Premiership relatively comfortably, finishing tenth, Worcester saw director of rugby Dean Ryan depart to work with the RFU over the summer, with Carl Hogg taking over in his place.

While they started the season strongly, Bristol’s recent form has seen them close the gap at the bottom of the table to just a point.

With that in mind, there is everything to play for in the coming months, but long-time Worcester News rugby correspondent Tom Guest believes the building blocks are in place, provided Warriors can preserve their top flight status.

“It’s a frustratingly familiar year in some ways, they have shown they can play great rugby, but it’s not always been possible to put it together for 80 minutes,” explained Guest.

“They started the season well but it’s getting quite tight now. They often do well during the Six Nations period though, they don’t lose too many players to international duty which helps.

“Last year Francois Hougaard’s arrival was the catalyst for a good run of form, and he’s nearly fit again so that should help their cause.”

Worcester will have one man on duty in the RBS 6 Nations – England centre Ben Te’o, who arrived at Sixways this season from Leinster.

The 29-year-old was part of the England squad that toured Australia last summer, before making his international debut in November against South Africa.

And while his impact at Worcester has been limited by injuries, Guest has seen enough to understand why Eddie Jones has been so keen to get him involved at Test level.

Find out the rest of the team at https://t.co/DUbGOJAnGc pic.twitter.com/Gj4XXeEzoh


He said: “In the first few games he got three tries and when they started well he was an important part of that.

“Unfortunately he’s had injuries which mean we’ve not seen as much of him as Worcester would have hoped but you can see what he offers.

“He gives them a lot of go-forward in midfield, but if you want to play internationally you need to do more than that. He has the ball skills and his offloading was really impressive putting other people into space.

“He’s done well, but for the fans the key will be seeing more of him once he’s fully fit.”

There has been a clear focus at Sixways to promote youth with a number of academy graduates impressing for the first team this season.

This is nothing new, with the likes of Matt Mullan, Tom Wood and Matt Kvesic just some of those to have come through the ranks at the Warriors.

But while many of those have moved on in the past, Guest is optimistic that the current crop could be in for the long haul and form the core of the side going forward.

? @JamieShillcock believes Warriors have a bright future after an impressive showing from a youthful backline.. pic.twitter.com/CwJEy7bIoB


He said: “The younger players are coming to Worcester and getting their chance so it looks like the team is going in the right direction.

“Jamie Shillcock is an interesting one, I’d heard very little about him coming into this season but he was excellent at the start of the year.

“He started off at full-back and made a real impact. He’s since moved to fly-half and done well but you can see he’s not yet the finished article, which is what you’d expect at that age and that position.

“Similarly Perry Humphreys on the wing made a flying start to the season, getting three or four tries before he got injured.

“He came back this weekend in Europe and almost got a great try, so he looks a real prospect on the wing. He’s settled there with all the options Worcester have at full-back and looks really sharp.”

Another player who has been highly-touted at Sixways is lock Christian Scotland-Williamson. An imposing figure, Scotland-Williamson has been hampered by injuries over the last couple of seasons, but for Guest there is no question the 23-year-old is already a key figure when fit.

He added: “Scotland-Williamson looked a real prospect when he came through and was putting in some big hits when he was just 18.

“He’s looked really good since he’s been back, and although he’s got a little knock at the moment, I think he’s already pushing to be first choice at lock. There’s competition there but they will want to keep him long-term.”

While Worcester have been in existence for nearly 150 years, it is only more recently that they have established themselves in the upper echelons of English rugby.

Club president Cecil Duckworth’s support over the years has been repaid in recent seasons, and they have had a number of Lions tourists who have turned out for the team.

The likes of Ben Clarke and Craig Chalmers both spent some of their latter years at Sixways, while in the current squad is veteran second row Donncha O’Callaghan.

The Irish lock went on two Lions Tours in 2005 and 2009, and has become a popular figure with Warriors fans.

Guest added: “O’Callaghan is really popular with the fans, and I think some would even like him to captain the team.

“We’re not yet sure what his plans are for next season, but he leads from the front and is an important player in the pack.”