Vern Cotter admitted The British & Irish Lions Tour to New Zealand this summer offered an enticing prospect to his players that he believes could provide a major boost to Scottish rugby. [more] 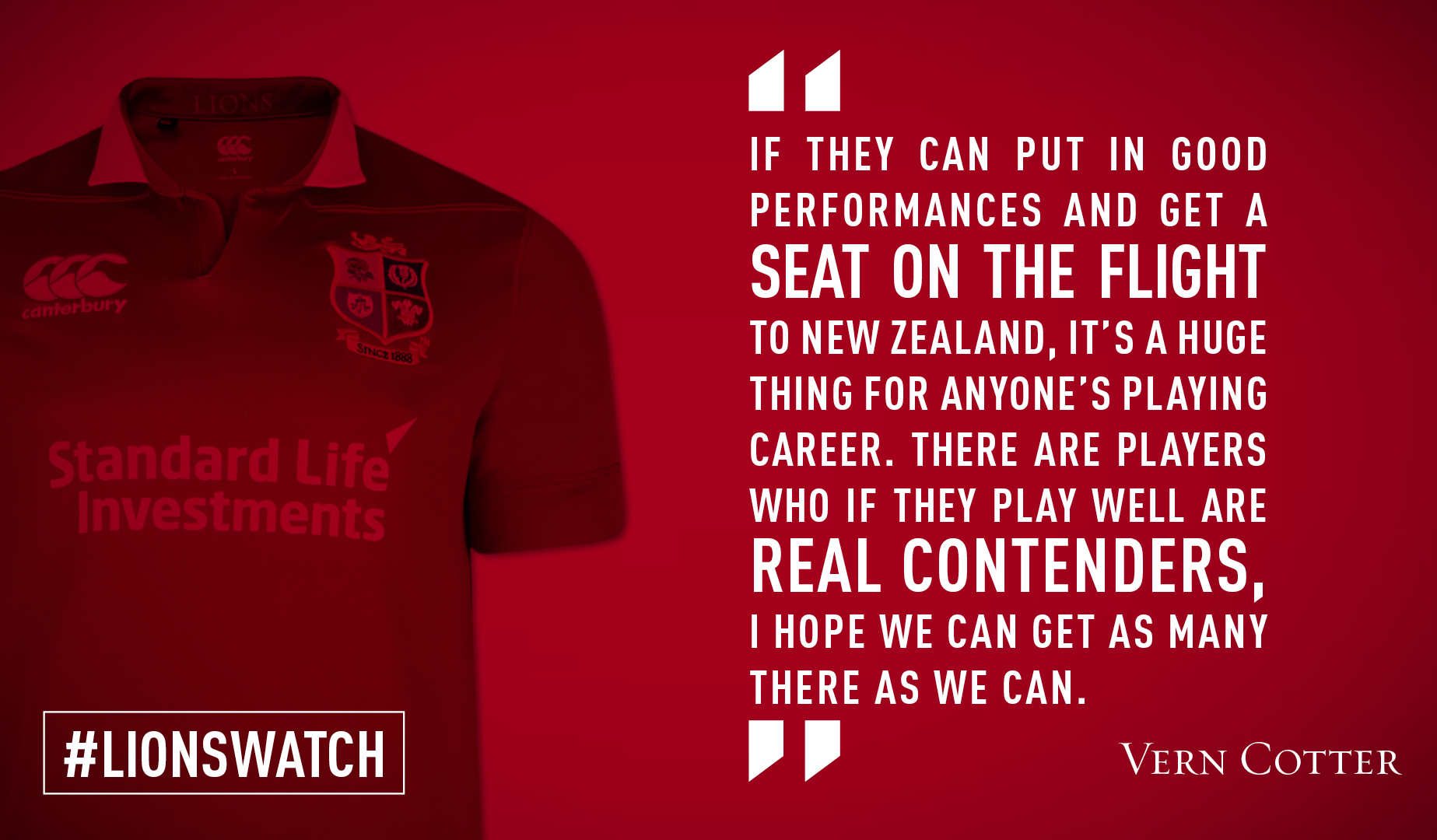 Vern Cotter admitted The British & Irish Lions Tour to New Zealand this summer offered an enticing prospect to his players that he believes could provide a major boost to Scottish rugby.

The Scotland head coach was speaking at the launch of the RBS 6 Nations at the Hurlingham Club in London, ahead of the start of the Championship on February 4.

Greig Laidlaw’s men kick off against Ireland in Edinburgh and with Glasgow Warriors and Edinburgh performing well in Europe – qualifying for the European Rugby Champions Cup and Challenge Cup quarter-finals respectively – hope is high that they can push on from last year’s fourth-place finish.

But with the prospect of the 2017 Lions Tour looming large, Cotter has encouraged his players to push their credentials in the Championship and insists that any potential Lions will have a huge impact on rugby in Scotland.

“From a players point of view its exciting, if they can put in good performances and get a seat on the flight to New Zealand. It's a huge thing for anyone's playing career,” Cotter, who is in his final RBS 6 Nations as head coach, said.

“I think people will be consideration who put their best out there. I think its great for our boys, I think there are players who if they play well are real contenders, I hope we can get as many there as we can.”

? | Laidlaw: "We need to play extremely well to get something out of our first game and we're determined to do that." pic.twitter.com/7U0xlhZawe


England enter the RBS 6 Nations as defending Grand Slam champions and protecting a 14-game unbeaten run that has seen them move to No. 2 in the world rankings.

Head coach Eddie Jones pointed out that while too much focus on the Lions could detract from his players Championship form, he hoped that their strong form over the RBS 6 Nations would do the talking.

“Players' focus does change, players start to worry about their own performance rather than the team performance. That's something we are attempting to erase,” the former Australia coach explained.

“It's about the focus on doing well, we want our team to play so well that when the Lions squad is announce we have the majority of players from the UK and Ireland as a consequence of them playing well for us.

“As long as they focus on us in the here and now they will get picked.”


Ireland have a number of Lions in their ranks – with Jonathan Sexton, Sean O’Brien, Simon Zebo, Rob Kearney and Jamie Heaslip among others – but Joe Schmidt, says that his players must concentrate on controlling their form for Ireland.

Schmidt’s men won back-to-back Championships in 2014 and 2015 and having beaten the All Blacks and Australia in November, as well as seeing Munster and Leinster both seal home Champions Cup quarter-finals, they come into the tournament on the crest of a wave.

But New Zealander Schmidt wants Ireland to forget their autumn heroics and concentrate on playing well, with selection for the Lions an enticing bonus.

“Lions selection will be on some minds so we will try and provide that form for Ireland first and foremost, out of that hopefully we will have individuals selected,” the 51-year-old said.

“We are excited about the opportunity. That's something external to us, we don't control what they do, we can only control what's in front of us. We will focus on what we need to do.”

"I don't want followers – that's what @Twitter's for! I want people who can lead on the field." – @WelshRugbyUnion captain @AlunWynJones pic.twitter.com/8JOzrT22Bl


Alun Wyn Jones enters his first Championship as permanent Wales captain and having skippered the Lions to victory in their 2013 third Test, knows all about the chances to shine for Warren Gatland’s side.

And though the 31-year-old admitted it was natural for Test players to aspire to Lions colours, he felt it was necessary for his men to concentrate on Wales duty first and foremost.

“There's a lot more questions about the Lions for obvious reasons but from a players perspective the easy answer is nobody is thinking about it,” Jones said.

“There's players with ambitions as long as they can bury that and not let it affect them.”