Remembering the ‘greatest try ever scored’

It was a try made in New Zealand, scored against New Zealand, involving plenty of British & Irish Lions, but both started and finished by Welshmen at Cardiff Arms Park.  [more] 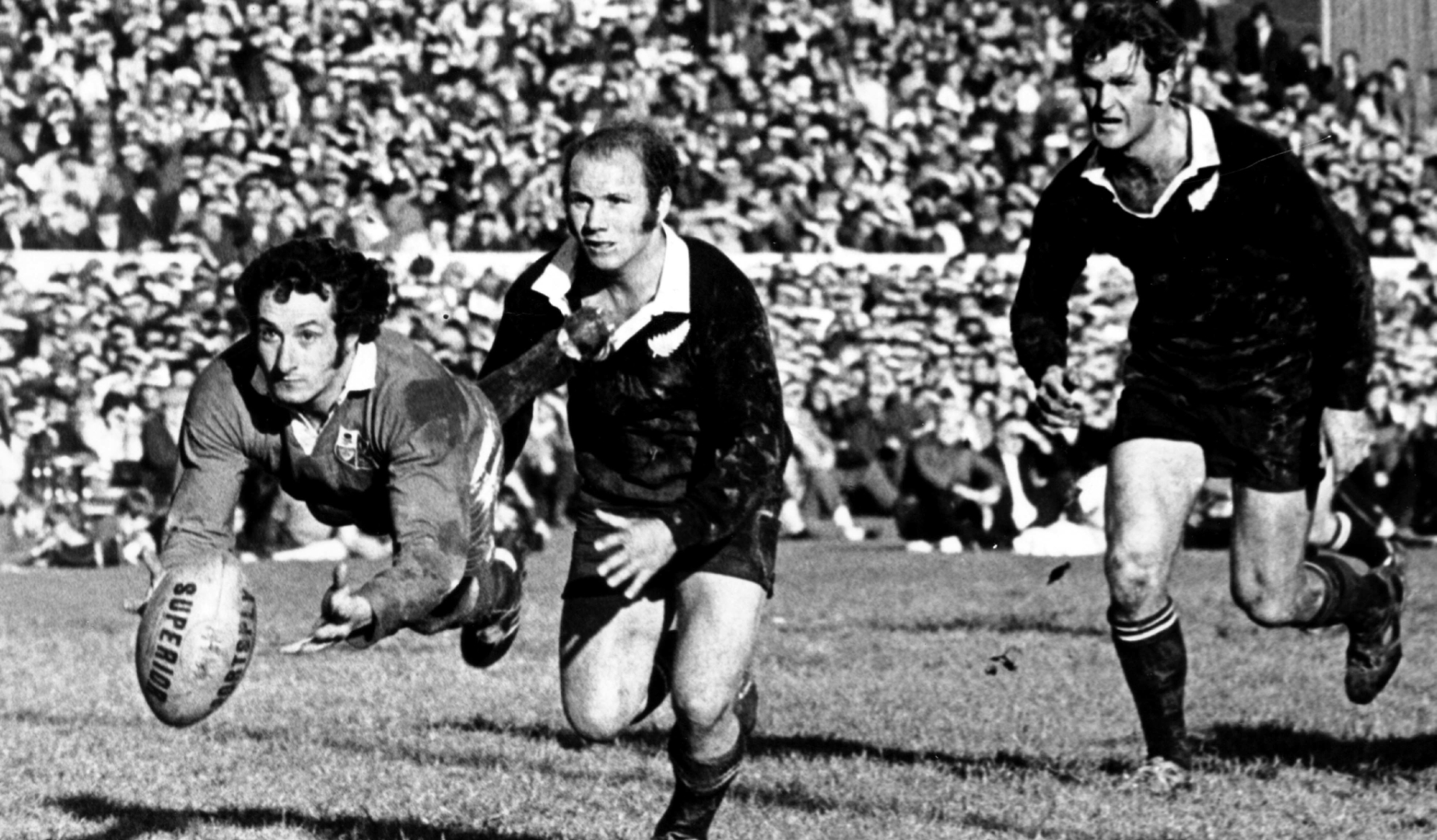 It was a try made in New Zealand, scored against New Zealand, involving plenty of British & Irish Lions, but both started and finished by Welshmen at Cardiff Arms Park.

So many Lions had a hand in the ‘greatest try of all-time’, as the Barbarians stunned the All Blacks, but it was Llanelli’s Phil Bennett – who would become an ‘invincible’ in 1974 – emerging from the formidable shadow of Barry John that lit the touch paper for a fire that burns just as bright 44 years on.

Legendary Lions coach Carwyn James, nearly two years after masterminding the only ever Lions Test-series victory over New Zealand in 1971, took a young Bennett aside before the game and gave the No.10 a word that is as prescient as it was inspiring.

“You're not in the shadows any more. Go out and show the world what Stradey knows, you can side-step this lot off the park," James said.

And step is what Bennett did.

It is the sort of bamboozling footwork that is seldom seen today and Bennett took the Kiwi defence by surprise as he fielded Bryan Williams’ up and under.

Four defenders fell by the wayside before Bennett fed JPR Williams, who was caught in possession and so easily could have set up a ruck.

Instead the ball was moved to hooker John Pullin before the Englishman found his Lions team-mate John Dawes.

Or so 1955 Lion Cliff Morgan, commentating on the match, said as Dawes gave the slightest show and accelerated through a hole in the scattered All Blacks defence.

Let it give you that #FridayFeeling ?


Tom David supported as all good flankers should and though his pass sloped towards the ground Derek Quinnell collected it at his feet, with the onrushing Gareth Edwards outside him.

‘Gareth Edwards, what can touch a man like that’:

Edwards’ place in rugby folklore could never be challenged, his record in the Lions’ Famous Red Jersey speaks for itself.

But the galloping scrum-half is wed to Morgan’s words here, as the former Wales fly-half erupted as his compatriot outstripped the All Blacks cover defence for a score that has stood the test of time.

And as Cardiff Arms Park rose to its feet, Morgan captured the disbelief as to how the Barbarians had gone ahead.

He said: "Oh, that fellow Edwards. If the greatest writer of the written word would have written that story, no-one would have believed it. That really was something."

The Barbarians emulated the Lions by beating New Zealand 23-11 on that 1973 day for a memorable win, but it is Edwards’ try that remains unforgettable.