Classic Match: 2013 Lions kick off Tour in style against Barbarians

A journey of a thousand miles must start with a single step - or so the old adage goes - and if the 2013 British & Irish Lions were looking for a sign of what was to come, their curtain-raising clash with the Barbarians was just that. [more] 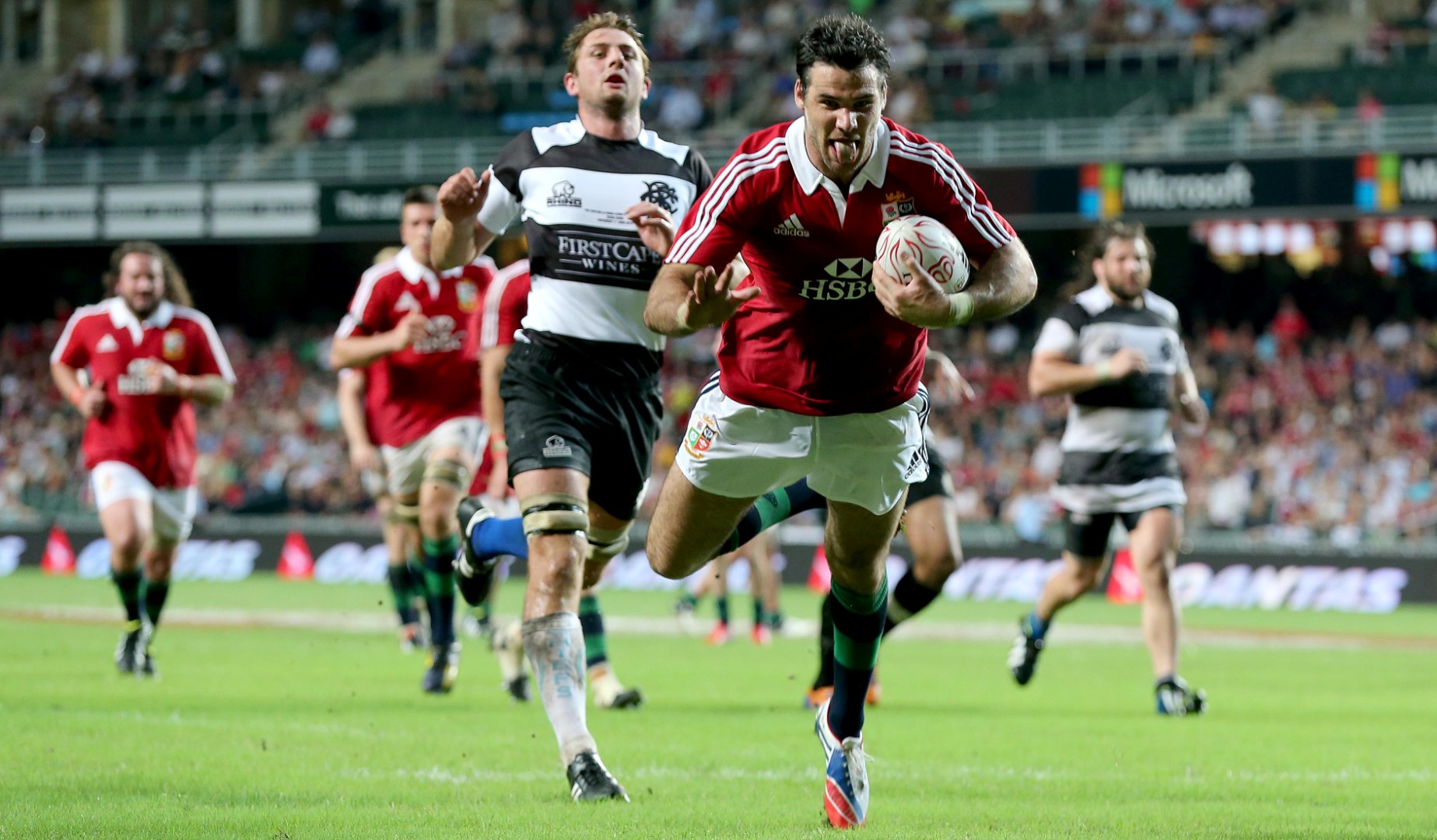 A journey of a thousand miles must start with a single step – or so the old adage goes – and if the 2013 British & Irish Lions were looking for a sign of what was to come, their curtain-raising clash with the Barbarians was just that.

The BaaBaas lay in wait at the stunning Hong Kong stadium, in a match that was steeped in history before it even began.

This was the first time the Lions had ever pulled on the famous red jersey in Hong Kong, and only the second time they had locked horns with the world-famous invitational Barbarians team.

On their first meeting at Twickenham in 1977, the Lions had triumphed 23-14 against a fierce BaaBaas line-up that included Lions legends JPR Williams, Gerald Davies, and Gareth Edwards.

And Head Coach Gatland was clearly taking no chances of any other result this time around, naming a very strong starting XV that was led out by Paul O’Connell – taking on the task of leading the Lions one last time, after skippering the 2009 Tour of South Africa.

Indeed, a whopping 15 of the 23-strong squad for that opener in Hong Kong went on to feature in the squad for the first Test against the Wallabies.

It was a chance for the youngsters to impress, with the likes of Stuart Hogg, Taulupe Faletau, and in particular No 10 Owen Farrell – who was given the kicking responsibilities for the match – ready to stake their claim for a Test start.

The Barbarians meanwhile, coached by three-time Lion Dai Young, lined up with their usual mix of experience and youth.

Englishmen Elliot Daly and Sam Jones were given a baptism of fire in international rugby, starting the game alongside some of the biggest names in world rugby.

Joe Rokocoko, Dimitri Yachvili, Nick Evans, Schalk Brits and Sergio Parisse all started, while there was room for 2009 Lion James Hook and Rugby World Cup-winner Mike Tindall on the bench.

In the end it was a convincing victory for the Lions in the energy-sapping heat of Hong Kong, as the tourists ran in eight tries.

Farrell outscored Daly by two penalties to one to begin with – Daly’s an impressive long-range effort – before the Lions scored their first try of the Tour.

After a series of pick-and-drives, Wales star Mike Phillips was held up by Parisse, but skipper O’Connell burrowed his way over the line.

Phillips did get his reward just minutes later, powering through a gap and holding off the tackle of Rokocoko, and Farrell – who had converted both tries expertly – made it 23-3 at the interval with a sweetly-struck penalty with the last kick of the half.

The Lions picked up where they left off at the start of the second period, with the impressive Phillips able to dummy and sprint through for his second following a line-out, before a brilliant length-of-the-field effort by the Lions ended in a last-gasp interception.

Kahn Fotuali'i was sent through by Rokocoko, but that was just a brief respite for the BaaBaas as Jonathan Davies notched up a poacher's try and wing Alex Cuthbert crossed the whitewash twice in quick succession.

James Hook came on for the Barbarians to become only the second player – after Riki Flutey – to play for and against the Lions in the professional era.

But there was nothing he could do to stop two more late Lions tries, as Dan Lydiate and replacement Alun Wyn Jones put some gloss on the win.

A GOOD RUN OUT

While the margin of victory was handsome, Gatland insisted the match had been a far more closely-fought encounter.

In conditions where humidity levels touched a stultifying 94 per cent, the Head Coach was heartened by how his debutants acquitted themselves, and how his squad persisted for the full 80 minutes.

“It was a good run-out, and exactly what we wanted,” said Gatland. “It was a lot tougher than the scoreline suggests.

“We probably missed three or four tries when we were guilty of maybe trying to force it, but we kept our composure and the scoreline reflected our dominance in the end.

“It was tough out there. The players said the ball was like a bar of soap, with the humidity and heat.

“There is no-one I was unhappy with in terms of their performance. I thought our control was excellent and our kicking strategy was pretty good. We can't complain.

“It was disappointing to concede a try but going forward, the players who played today have laid down a marker. It was about us putting some foundations in place.”

O’Connell’s speeches within the Lions dressing room are now the stuff of legend, and the Ireland lock took his chance after the game to stir up his teammates for the task ahead.

Despite the margin of victory, O’Connell wanted to see more from those wearing the famous red jersey over the coming month, and pointed to the attitude of 22-year-old Farrell for those seeking inspiration.

“I think it’s funny that one of the youngest guys in the team, Owen Farrell, is the one driving everyone on,” said O’Connell as he addressed the side in the dressing room.

“The guy is 22 years of age, and is barking at everyone, driving everyone around the pitch, and that is something we should all be doing.”

Three-time Lion Young was impressed with how the tourists put his side – flagging slightly in the heat – to the sword in the second half.

So much so in fact that he boldly claimed the Lions would go on to record their first series victory since 1997 that summer.

“The Lions were very efficient,” he said. “I would have thought they will feel there is still room for improvement, but they certainly starved us of possession, both at line-out and scrum.

“We were tackling for large parts of the game, and that was always going to sap our energy.

“I expect a Lions [series] victory in Australia – I think they have got too much strength in depth across the board.

“Competition for places is going to be huge, and that is only going to push up the performance levels.”

Little could anyone have known just how right Young would be, as Gatland’s charges went on to record a stunning 2-1 victory on Australian soil the following month after three electrifying Test performances.