The smiles and faces told the story. And the impact will live long in the memory. [more] 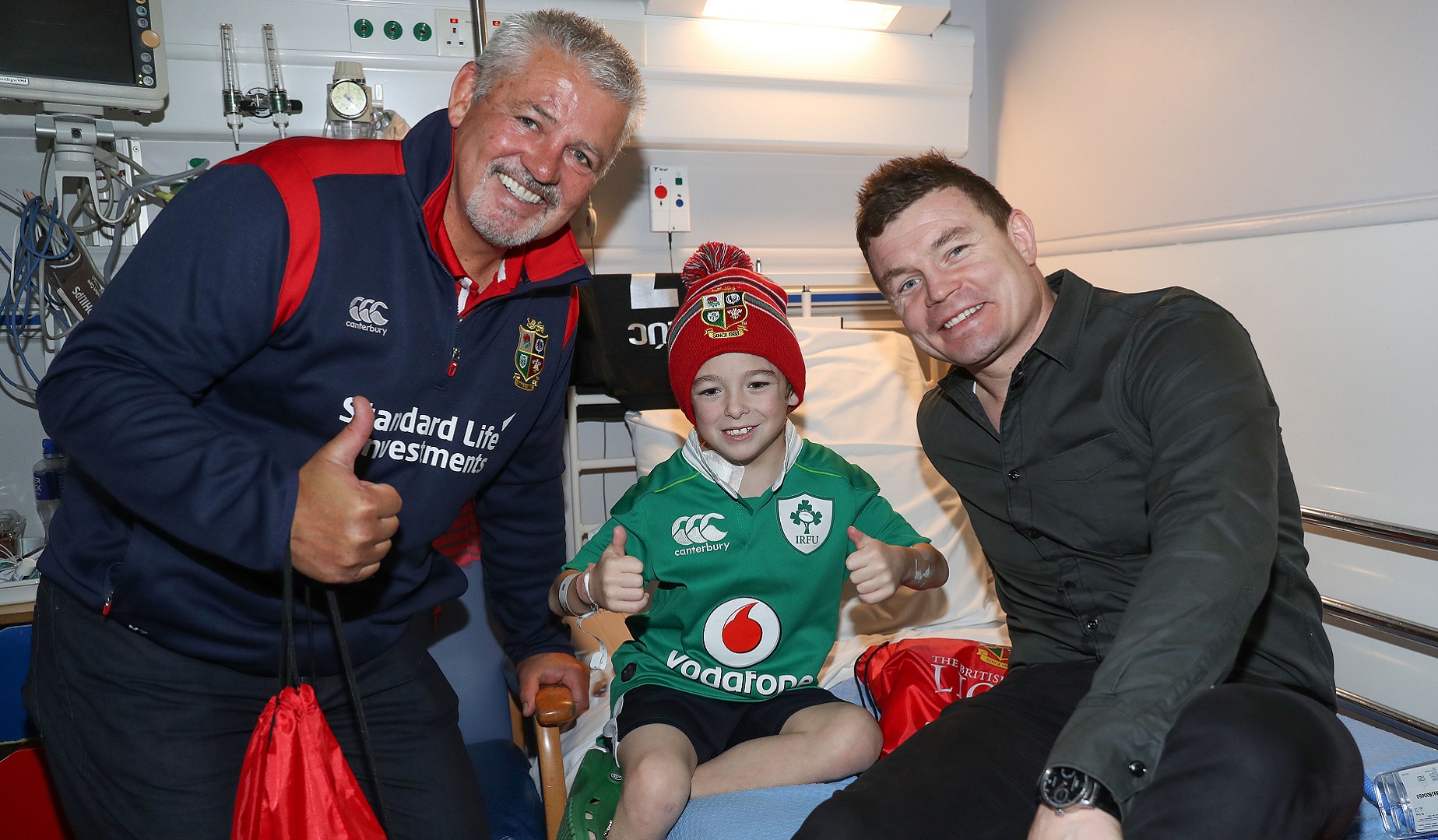 The smiles and faces told the story. And the impact will live long in the memory.

It’s not often you get the chance to meet the Head Coach of The British & Irish Lions as well as a Lions legend but that’s what happened at Temple Street Hospital in Dublin today (Wednesday, February 1, 2017) when Warren Gatland and Brian O’Driscoll dropped in for the afternoon.

The Lions have joined in partnership with Temple Street as one of four charity partners, and Warren and Brian spent an inspiring afternoon meeting patients and parents at the hospital, handing out Lions gifts and introducing BIL – the beloved Lion mascot – to the brave little patients.

“It’s moments like this that bring it all home, about the amazing work that is done at Temple Street and it was pretty inspirational to see,” Gatland said.

“I am a husband and a father and have first-hand experience of these things so to give a bit back and to see how brilliant Brian was around the kids and parents was very special.

“I think it’s great the Lions are putting something back into the community like this and the highlight is the dinner on Friday March 3 with myself and Brian which will be a great night.”

Warren and Brian spent more than two hours touring wards, chatting to patients who were all so upbeat despite the pain they were in.

“There is a charity from each country partnered up with the Lions so it is not just about the sites in New Zealand they will visit, we look after our own as well” Brian said.

“I have been involved with Temple Street for ten years. I feel lucky to be able to bring Gats around and show him some of the work being done by the staff and bring a little bit of light to the terrible situations that patients but also parents find themselves in.

“The hospital makes the most of a difficult circumstance. When you become a parent it becomes real to see hardship and pain.”

Kevin Molpeter, whose 13-year-old son Corey met the duo, said: “It’s just something you don’t expect – that little bit of interaction makes so much difference. It’s not every day the Head Coach of the Lions visits and it really does make a difference.”

Denise Fitzgerald, chief executive of Temple Street, added: “The Lions is a massive brand so to have that association and link means so much to us because it brings the wards to life – it’s a massive gesture and been hugely beneficial.”

Gatland and O’Driscoll will be the stars at an exclusive black tie dinner as part of the Leading The Lions Dinner Series at The Mansion House next month which will also include iconic Lion Willie John McBride.