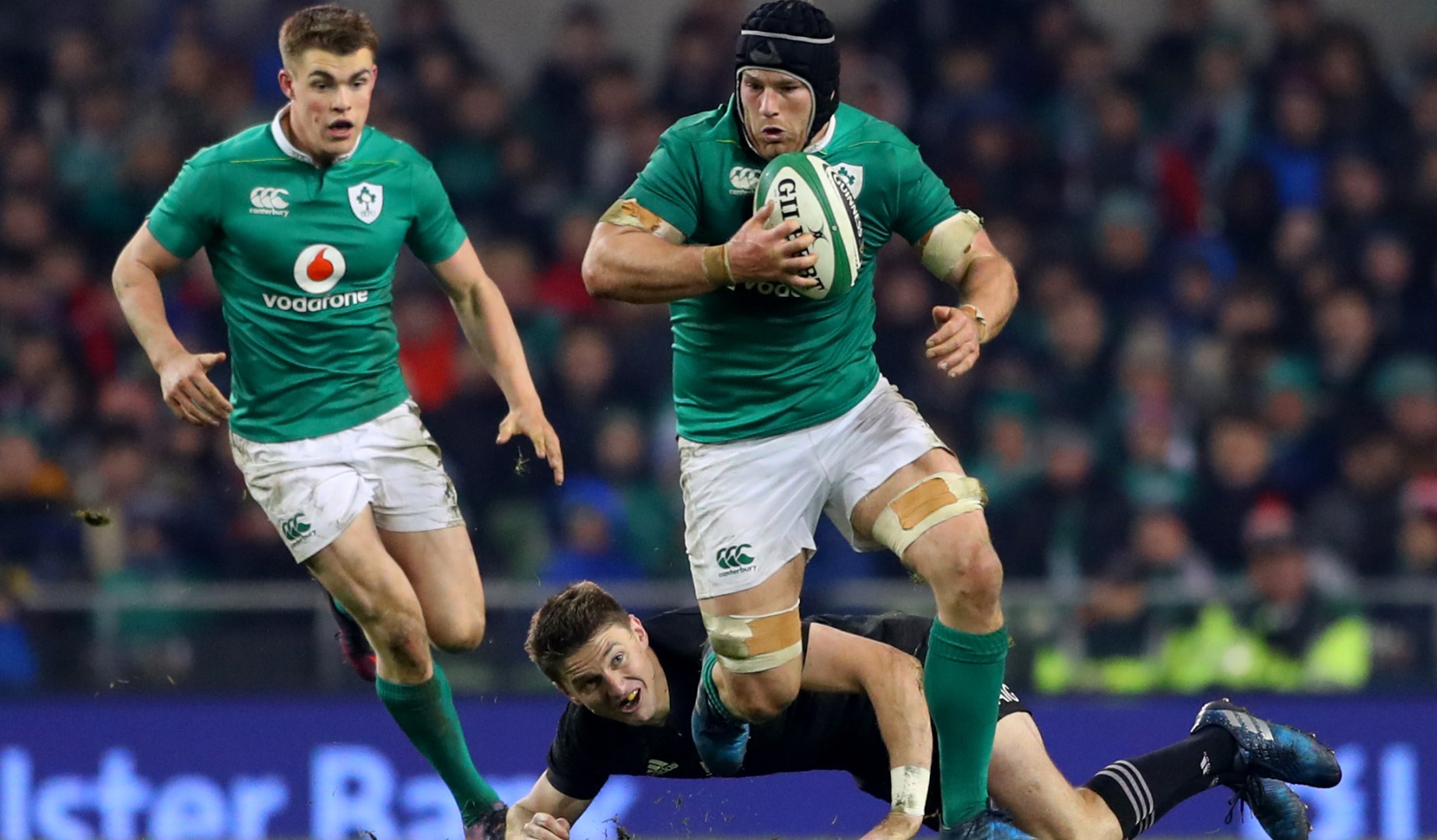 Sean O’Brien returns to the team having missed Ireland’s final outing of the autumn after an injury at the 11th hour.

He is joined in the back row by fellow Lion Jamie Heaslip who wears No 8 while further forward the Ireland side are skippered by another 2013 tourist in Rory Best.

Then in the back-line Rob Kearney returns at full-back and is joined in the back three by Simon Zebo and Keith Earls – both of whom have worn the famous red jersey.

Conor Murray will pull the strings from scrum-half in the absence of his fellow 2013 tourist Jonathan Sexton who is injured.

Throw in the experience of two-time Lion Tommy Bowe and 2013 tourist Cian Healy on the bench and Ireland’s impressive autumn wins over New Zealand and Australia and Joe Schmidt’s side head to Edinburgh full of confidence.

And with a Lions Tour to New Zealand coming up soon, all the players on show will be hoping to impress under the watchful eye of Head Coach Warren Gatland.


Robbie Henshaw and Garry Ringrose are paired together in the centres for the first time in the green of Ireland while inside them Paddy Jackson calls the shots at No 10.

In the front row Jack McGrath and Tadgh Furlong prop down either side of Best while Devin Toner is partnered in the engine room by the versatile second row Iain Henderson.

And in the back row the impressive CJ Stander joins O’Brien and Heaslip while the bench is full of impact.

Munster hooker Niall Scannell will make his debut when called upon as reward for his superb season so far while Ultan Dillane is preferred to Donnacha Ryan in the No 19 shirt.

Josh van der Flier impressed off the bench in the autumn for Ireland and will hope to do so again while Kieran Marmion and Ian Keatley join Bowe as back-line options.

Ireland News
Previous story LionsWatch: Battles to watch out for in round 1
Next story Your Club Your Lions: Rosslyn Park FC