"Is there a doctor in the house?" When that age-old expression was yelled across The Rock ground in Roehampton 50 years ago, little did David Whittam know that would signal the start of a lifelong love affair with Rosslyn Park FC. [more] 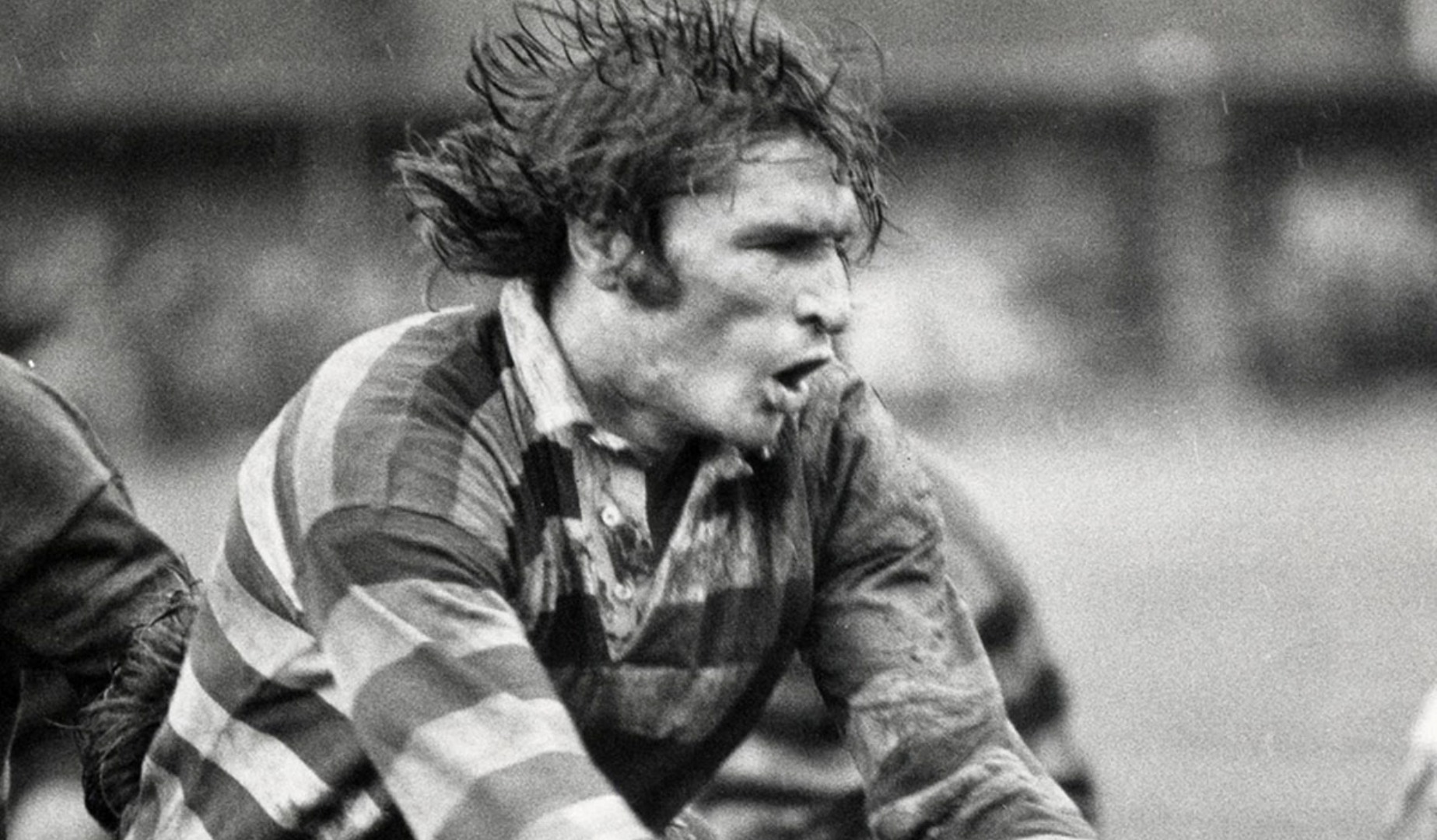 "Is there a doctor in the house?" When that age-old expression was yelled across The Rock ground in Roehampton 50 years ago, little did David Whittam know that would signal the start of a lifelong love affair with Rosslyn Park FC.

The now-retired surgeon lived close to the ground and had wandered over one Saturday to watch the team, but Whittam soon found himself thrust into the action.

“Someone got quite badly injured, and they asked whether there was a doctor around. I put my hand up and the rest is history,” he said.

“As the club doctor you are inside the dressing room and of course you get to know the players quite intimately.

“Not long after I became the doctor, the physio – who in those days was pretty much just someone with a bucket and sponge – sadly passed away while he was on holiday in Mallorca.

“The club captain Phil Keith-Roach asked me to do the sponging for the team as well, so I was certainly the most highly-qualified sponge man in the Premiership at that time!”

He was swiftly recruited as club doctor, but during the half a century since has taken on every role at the club bar the treasurer, and as a result Whittam has seen three British & Irish Lions grace the field at Priory Lane.

A lifelong photography hobby has led to Whittam becoming the club’s historian and archivist, and his study is now a treasure-trove of photos and record books of all the club’s players from its 138-year history.

Three Rosslyn Park men had represented the Lions before Whittam’s time at the club.

Alex Todd made two Test appearances on the 1896 Tour of South Africa, before Jim Unwin and Alexander Obolensky – ‘The Flying Prince’ – dazzled on the 1936 and 1938 Tours.

Both were in attendance in Argentina in 1936, where Obolensky – a Rurikid prince of Russian origin who became a naturalised Briton in March that year – scored 12 tries in just six Lions appearances.

Unwin meanwhile scored 23 tries in as many appearances in the famous red jersey, playing two Tests against the Springboks in 1938, and also played first-class cricket for Essex.

Prince Alexander Obolensky was one of Rosslyn Park's first Lions

While Whittam may have been just a baby while Obolensky and Unwin were strutting their stuff in Roehampton, but he forged a close relationship with 24-time England international Andy Ripley – a one-club man during his playing days.

Ripley, a successful banker in the city, became the club’s skipper during the 1960’s and some of Whittam’s fondest memories come from team selection meetings on Monday evenings while he was the first XV secretary.

Whittam describes Ripley as Rosslyn Park’s ‘most distinguished international’, with the No 8 also a part of the Lions side of 1974 that conquered South Africa unbeaten.

And despite unfortunately passing away from prostate cancer in 2010, his legacy lives on in the club’s Ripley bar – with montages of his career in huge five-foot frames still adorning the room today.

“He was a real athlete, and a fabulous leader of the club,” Whittam said.

“Ripley was such a fit bugger I hardly saw him on the treatment table while I was doctor! He could do the 400m hurdles in the Olympic qualifying time, and was the International Superstars champion in 1981.

“He led a Rosslyn Park side including England internationals Neil Mantell, Lionel Weston, Ian Wright, and Peter Warfield. It was a hugely successful era right through until the late 1970s.

“There were no leagues in those days, but we were competing against side like Leicester, Wasps, London Welsh, London Irish, London Scottish, Harlequins, Bath, Bristol, Gloucester, and so on.

“But more than anything else he was a fabulous bloke to have around. He was the pinnacle at the club; a great sportsman, and he never got sent off – rather would just laugh and joke when someone went for him during the games.

“He was irreplaceable at the club, but never acted like it, and we miss him deeply.”

Paul Ackford proved as immovable for the Lions as he had been for Rosslyn Park, playing every Test match against the Wallabies on the 1989 Tour of Australia.

He had been a stalwart at The Rock during the late 1970’s when the club began to show their prowess in league rugby, before moving to Harlequins in 1988 where he earned his first international honours aged 30.

Formerly a rugby correspondent for the Sunday Telegraph, Ackford still clearly holds his time at Rosslyn Park dear having spent the majority of his career at Priory lane, and spoke at the club’s reunion lunch for the side of the 1970’s last September.

“He’s hardly changed since his playing days,” said Whittam. “When I saw him in September I asked him what his secret was!

“Paul was quite different to Andy, a little more serious, but was still a very friendly and well-mannered player.

“He was a stalwart, and the leagues were beginning to come in during his time at the club.

“He stopped playing for us and went off to Harlequins when he left the police force – we teased him about it at the time – but we wanted to support any player that left to improve their own situation.

“Paul comes back and speaks at the club. We have the Prince Obolensky Association, which holds a dinner with a speaker, and he has come back for that before as well. “

Rosslyn Park acted as the proving ground for another Lion in Will Carling, who like Ackford showcased his talents in Roehampton before a move to Harlequins.

Whittam added: “Carling only played a handful of games for us before moving to Harlequins, but I remember seeing him play when he was a schoolboy at Serburgh in the National Sevens.

“You could tell he was hugely talented even then, like so many players that have come through that competition before and since.”