Ben Te'o's late score on his RBS 6 Nations debut lifted England as they kicked off the defence of their 2016 crown with a narrow victory over France at Twickenham. [more] 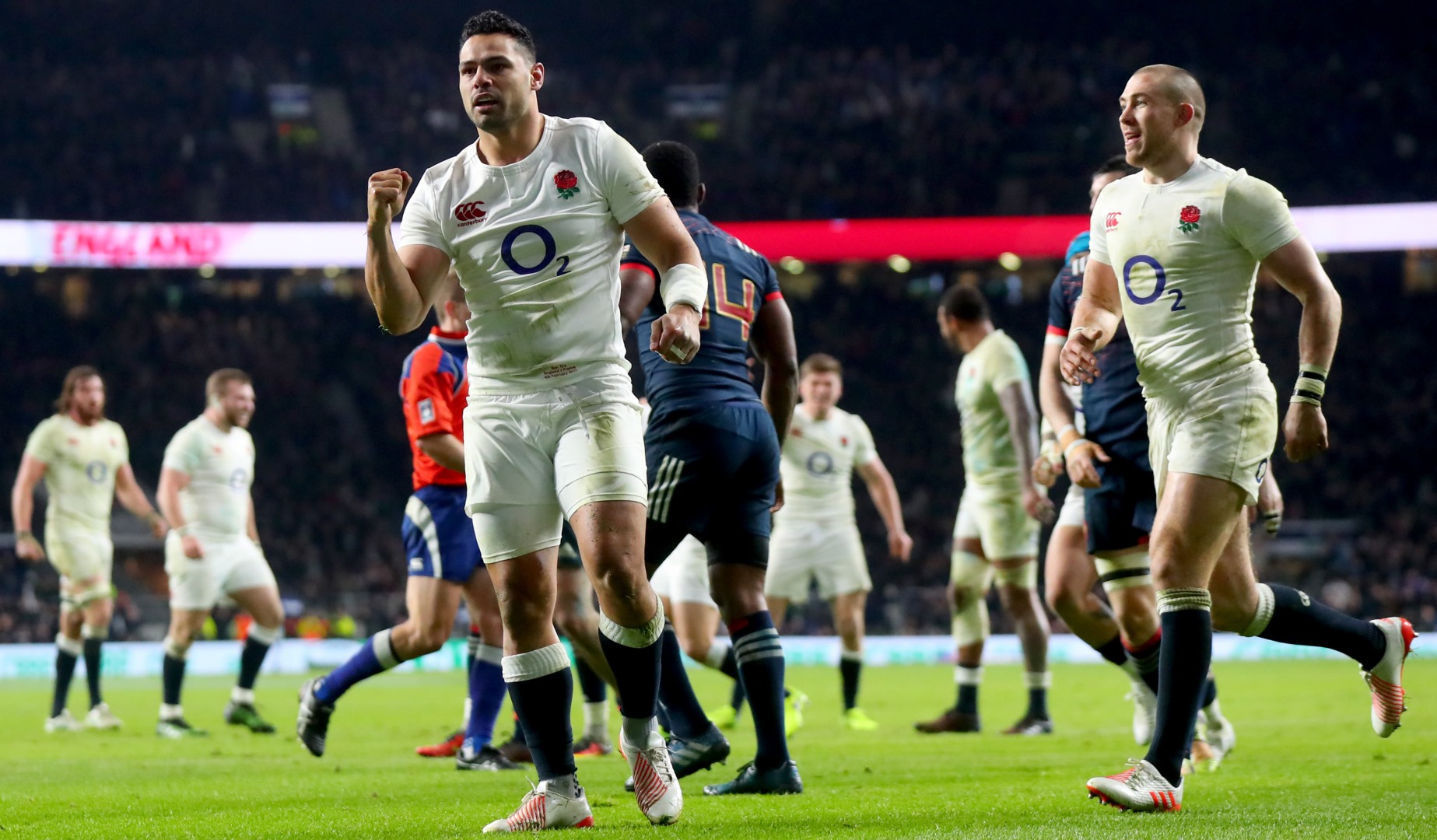 Ben Te’o’s late score on his RBS 6 Nations debut lifted England as they kicked off the defence of their 2016 crown with a narrow victory over France at Twickenham.

Les Bleus gave Eddie Jones’ side – whose unbeaten run under the Australian has now stretched to 14 games – a stern test in South West London.

France had not won at Twickenham in the Championship since 2006 but Rabah Slimani’s try put them 16-12 ahead with less than 20 minutes remaining.

But the England bench came on to good effect and it was Te’o, fed by Owen Farrell, that burst over for the pivotal score.

And with a British & Irish Lions Tour to New Zealand on the horizon, Head Coach Warren Gatland will have been delighted to see England extend their impressive record.

England have now not lost at Twickenham in this Championship since Wales were the visitors in 2012, a run of 12 straight wins, that equals their best ever home sequence set between 1911-1921.

France may not have won at Twickenham in the RBS 6 Nations in over a decade but they started the brightest on Saturday evening.

Ill-discipline was a problem for the Red Rose as Jonny May saw yellow for a dangerous tackle on Gael Fickou.

And three penalties from Camille Lopez to one from Farrell opened up a 9-3 lead with the half-hour mark approaching.

Farrell leads from the front

A Test Lion in 2013, Farrell has spent the last four years establishing himself as one of the leaders in the England side.

His trusty right boot slotted three penalties and a conversion in the match for an 11-point haul but he also showcased his all-round ability at Rugby HQ.

Your Fans Man of the Match…? pic.twitter.com/NiVjfFTpvF


One crunching hit on Louis Picamoles in the second half lifted the mood and it was his line break that released Elliot Daly for what was almost their first try – only the touchline denying the Wasps man.

But the Saracens man took over as skipper for England when Dylan Hartley went off, shifted to fly-half for the final ten minutes and laid on the pass for Te’o’s pivotal score.

Gatland will have been impressed by the 25-year-old who is making a strong case for selection for the Tour against the All Blacks.

Of England’s starters there were a couple of notable performances that Gatland will have enjoyed.

Full-back Mike Brown made 97m with ball in hand while Maro Itoje led the way on the defensive end with 13 tackles, Tom Wood just behind on 12.

But it was the impact of the bench in the second half that swung the clash decisively in England’s favour.

Hooker Jamie George came on for Hartley and powered England’s driving maul while Danny Care’s quick delivery got them on the front foot to set up the vital score.

Jack Nowell and James Haskell both carried over the gainline in the build-up to the decisive try as Te’o, who replaced George Ford, crashed over.

England will head to the Principality Stadium next week hoping to extend their unbeaten run under Jones.

But they know they will need to improve against Wales in Cardiff, England have only won twice there in the last 14 years.

But the sign of a good team is winning even when you are not at your best and Jones, and Gatland, will be pleased to see England keep their momentum going on a day that also saw Scotland overcome Ireland in Edinburgh.