Wales had to bide their time but moved through the gears in the second half to claim a 33-7 opening victory in the RBS 6 Nations away to Italy. [more] 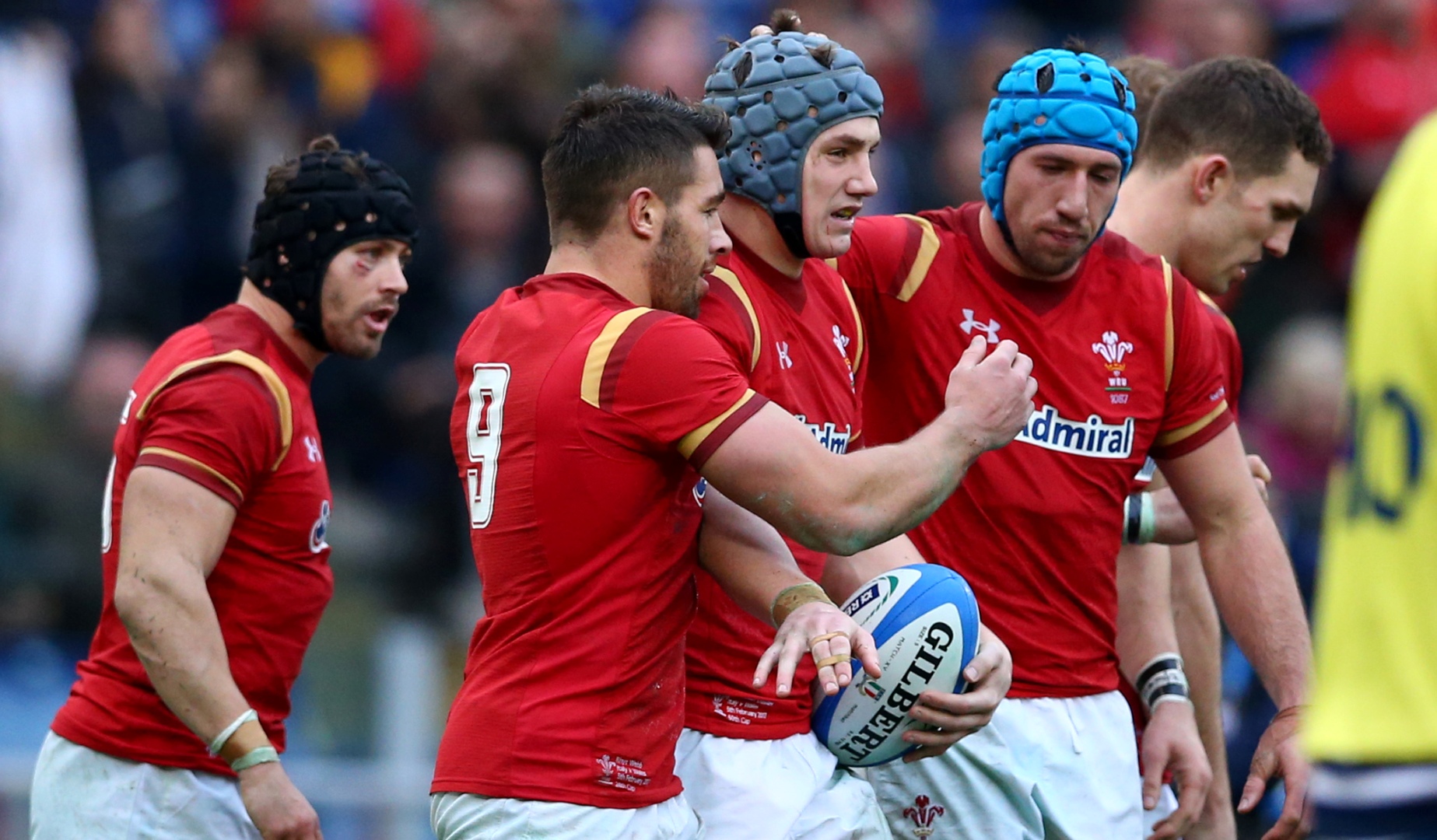 Wales had to bide their time but moved through the gears in the second half to claim a 33-7 opening victory in the RBS 6 Nations away to Italy.

Rob Howley was in charge of the team in the absence of British & Irish Lions Head Coach Warren Gatland, who will have been keeping a keen eye on those in red.

And the midfield pair of Scott Williams and Jonathan Davies were both influential in the Welsh second-half charge as they overcome a 7-3 half-time deficit to rack up 30 unanswered points in the second 40 minutes.

While Wales has the better of the game early on, putting Italy under huge pressure and earning a succession of penalties, it was the home side who struck first.

Davies had just been beaten to a ball kicked through by Andrea Lovotti, but when Italy got a chance they took it.
Inspirational skipper Sergio Parisse was at the forefront of everything good they were doing and he set up the score. A delightful inside pass to Abraham Steyn had Wales scrambling and eventually Edoardo Gori powered under the posts.

Wales found themselves under pressure for periods of the first half and with half-time looming Italy were throwing everything at them in attempt to score a second try.

Sam Warburton might have returned to the role of foot soldier after relinquishing the captaincy but he led by example with a thumping tackle, immediately got back to his feet and contested to earn a penalty and clear the danger.


The 2013 British & Irish Lions skipper spotted his man isolated and executed the perfect jackal to show just why he is such a key figure for the Welsh and ensuring they trailed by just four at the break.

Leigh Halfpenny missed a rare early penalty, but made up for it from then on, taking every opportunity afforded him by Italy to kick Wales back into the game.

Trailing 7-0 after Gori’s try, Halfpenny stepped up to knock over four penalties to put Wales back in front and allow them to play with more freedom with the lead.

The 2013 Lions Player of the Series finished with 18 points in all, underlining his importance to the side.

Davies won’t be denied this time

After missing out narrowly in the first half, there was going to be no stopping Davies in the second. Some brilliant scrummaging from the Welsh saw Lovotti sent to the sin-bin.


The forwards were held at the next scrum, but the combination of Williams and his Scarlets midfield partner Davies ensured Wales got over the line.

Williams got the ball in space, cut inside two men and then fired the ball out to Davies who was left with the simple run-in. Halfpenny’s extras pushed the lead out to 19-7.

With a couple of clean breaks and four defenders beaten, it was a strong showing from Davies in the centres.

The pair combined a second time with Italy still down to 14. This time Williams got some space on the left and brilliantly delayed his pass before finding Davies outside him.

That drew in Davies’ defender, setting up a two-on-one and Davies found Liam Williams outside him for the simple try.

Halfpenny’s conversion pushed the advantage to 26-7 as Italy got back up to a full complement.

North ended the 2016 RBS 6 Nations with tries in four successive matches and he built on that with another score at the death to make it five in a row.

This was one of the best, as he took the ball about ten metres outside his own 22, spotted open space in front of him and pinned back his ears.

Luke McLean tried to get across but North easily stepped him and went under the posts – not a bad effort after 75 minutes of gruelling rugby.

Wales could even have sneaked a late bonus point, but Liam Williams attempt to reach for the line with time up saw the ball just dislodged from his hands.

News Wales
Previous story LionsWatch: Social media reaction to the opening weekend
Next story Gavin Hastings: My Lions XV from Championship Round One