Gavin Hastings: My Lions XV from Championship Round One

What a fantastic opening weekend to the 2017 RBS 6 Nations that was - it will have given British & Irish Lions Head Coach Warren Gatland much to ponder. [more] 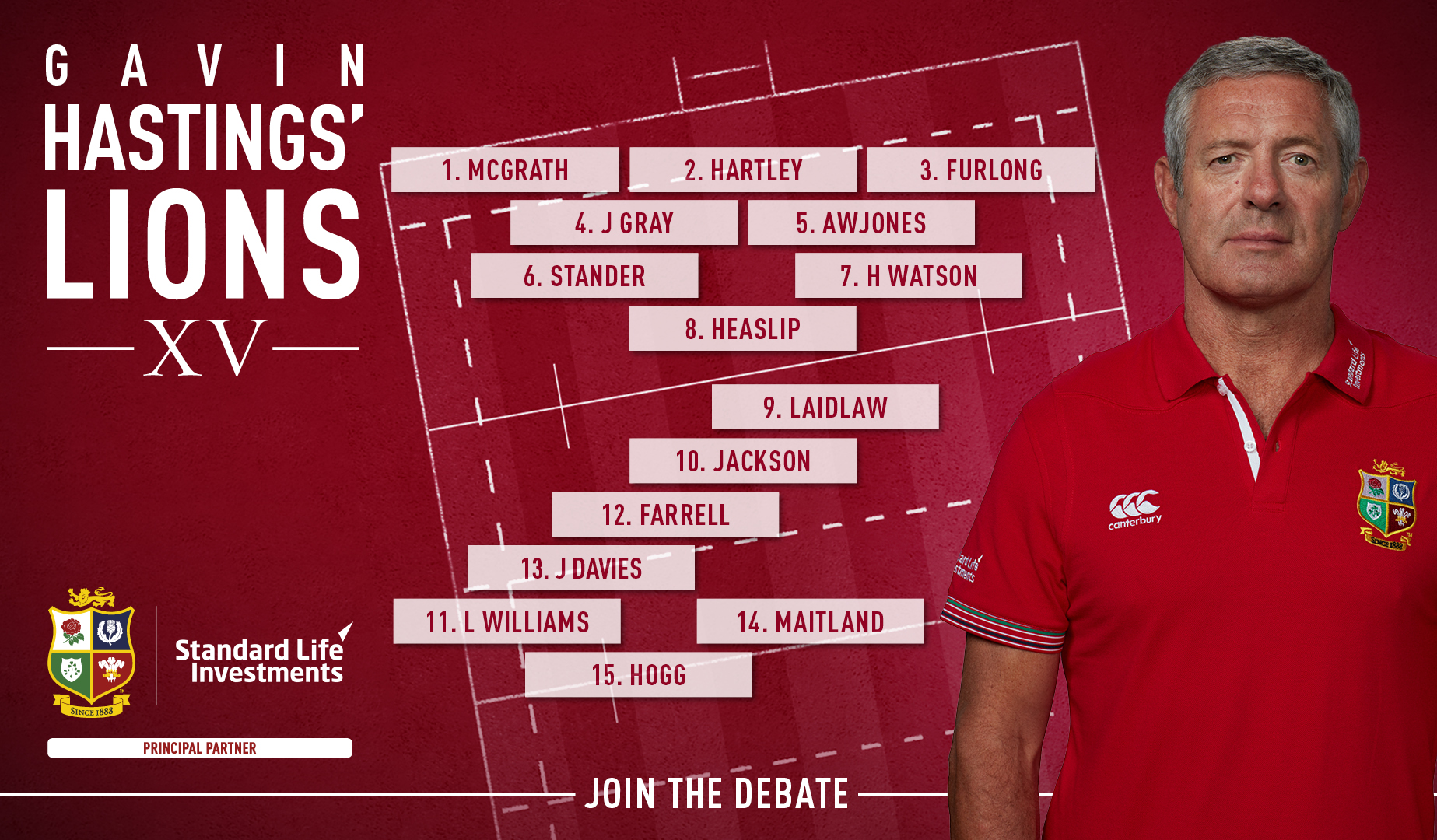 What a fantastic opening weekend to the 2017 RBS 6 Nations that was – it will have given British & Irish Lions Head Coach Warren Gatland much to ponder.

Ireland played their part in a wonderful game to open up the Championship but what won Scotland the match was their defence – more specifically their strength of character.

As we all know, Scotland have performed well before and been the unlucky loser but not this time. I don’t think anyone can say Ireland were unlucky, Scotland merited that victory.

Then at Twickenham, England kept up their winning run against France; it’s always a good sign if you are not at your best but still manage to win games. If they had been in Paris they would have lost but the home crowd and the guys who came off the bench gave them a big boost.

And finally over in Rome, Wales had to wait for an hour but when the Italians ran out of steam they had enough strength to take advantage.

They might rue not getting that four-try bonus point at the end but we will have to wait and see how that plays out.

I can’t see any country winning the Grand Slam this year, it is too tight with too many good teams in competition but that bodes well for the Lions Tour coming up in New Zealand later this year.

There was a lot of chat about Stuart before the game so to be able to back it up with that performance is very special indeed.

Rob Kearney had a good game and was involved in much of what Ireland did well and Leigh Halfpenny kicked his goals for Wales but there is no doubt in my mind that Hogg is at the top of the list at the moment.

He has great pace but more importantly, knows how to use that to make a difference in games and you saw that in his two tries on Saturday – particularly the second one.

Sean was very influential in that Scotland victory – particularly in defence. He made a tremendous try-saving tackle on Rob Kearney in the corner and stepped in to make a key intercept when Jamie Heaslip broke clear.

Those sort of interventions can inspire a team and when the Lions are in New Zealand they will have to do plenty of defending so he merits inclusion here.

Jonathan Davies did very well for Wales against Italy, he made the hard yards for his side when they needed him to. But he is a clever player as well, he always seems to do the right thing.

I would not be surprised to see him playing at fly-half for England at some point in this Championship but I will put him in at inside centre here.

His goal-kicking is very secure, he leads from the front and has the ability to put other people in the right positions.

He was one of the players who stood out for Wales in Rome on Sunday. What I like most about him is that he is a clever footballer – those are the sort of players I like and he has made a real difference since breaking into the Wales side.

I thought that Paddy Jackson played very well, despite the defeat for Ireland. Finn Russell was extremely good for Scotland but Jackson just edged it for me.

He scored a terrific try, led Ireland’s fightback in the second half showing a lot of composure and kicked very well also.

Greig showed great leadership for Scotland on Saturday. He may not be a big bloke but by God he has a big heart.

The confidence he gave to the pack, marshalling the troops, barking orders and kicking his goals made a huge difference.

I can’t pretend to be an expert on what goes on in the front row but both Ireland props deserve inclusion here for their work in the scrum. Ireland did very well there against Scotland and these two guys were at the heart of it – as they were in Ireland’s impressive autumn campaign.

England were not at their best, but at the end of the day they got the job done. Dylan is a man of robust character who gets players to respond to him. That is a crucial quality in and of itself and enough to get him in my team.

Jonny is a guy who just seems to be getting better and better. For a man who is still only 22, he has won an impressive amount of caps already. The amount of tackles he made on Saturday, 27 on the official stats, was just fantastic. He does not let anyone get past him and he led the Scottish defensive display.

He is a big influence on a Wales side that played pretty well. In the second half he marshalled his troops well and they showed good character to get the job done in the final quarter when their chances finally arrived. He’s a great leader and he played pretty well in Rome as well I thought.

Back row is a tougher area to choose but I thought that CJ Stander did pretty well for Ireland on Saturday. He made a phenomenalHamount of carries and was a key figure in getting Ireland on the front foot in their second-half fight back.

I am a big fan of smaller flankers, the classic openside in the mould of Richie McCaw. We don’t have many of them in the northern hemisphere but Hamish Watson was superb before he went off against Ireland.

His destructive tackling was outstanding, consistently hitting Ireland behind the gainline and knocking them back which was instrumental in the victory.

Jamie Heaslip is a very good athlete who was busy all day at BT Murrayfield, constantly putting his hand up and looking for work. He was at the heart of that Irish performance and despite the result can hold his head up high.