LionsWatch: Which speedsters are winging into contention? 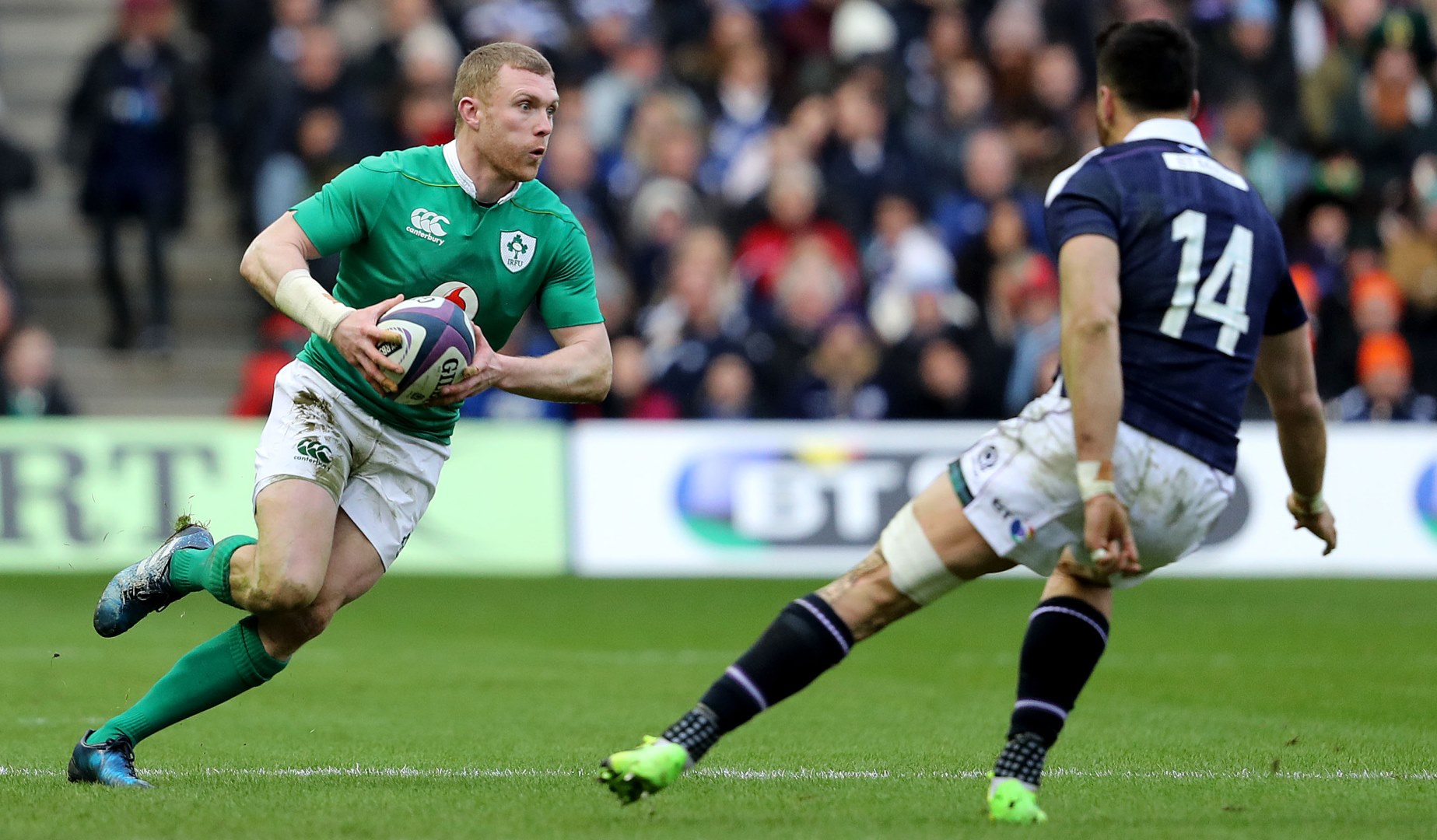 And with the Lions playing squad to take on the All Blacks later this year set to be named on April 19, auditions are currently in full swing for spots on the plane.

So with the words of O’Connell and Gatland for guidance, we drop into the four home nations to see which speedsters impressed over the first round of the RBS 6 Nations.

The first game of the weekend saw Ireland head to Scotland looking to make it five wins in a row over the boys in blue.

But they met an inspired Scotland side that turned the tide in Edinburgh and it was a heroic defensive effort that did it.

Being a winger in the modern game is not all about scoring tries and grabbing the glory, you have to be able to hold your own defensively.

And in that respect it was Scotland winger Sean Maitland – a Lion in 2013 who was on the bench for the first Test against the Wallabies – who stood out.

No winger across the four home nations made more than his nine tackles this weekend and none were more pivotal than his covering hit on Rob Kearney that put the full-back into touch just before he could offload to Keith Earls for what would have been a vital score.

The Kiwi-born Maitland also made a great read to step in to intercept a Jamie Heaslip offload with the try line begging.

Since joining Saracens this season and spending some time at full-back, Maitland’s work under the high ball – another key area pinpointed by Gatland – has improved as well.

On the attacking side of things the former London Irish man also managed ten carries for 42m, made one clean break and beat two defenders to show his all-round game.

On the other wing for Scotland in their famous victory on Saturday was the top try-scorer in the Guinness PRO12 Tommy Seymour.

He certainly did not shirk his defensive duties either with five tackles and no misses while also making 37m from his eight carries with one clean break and one defender beaten.

His battle on the right wing, Ireland’s left, with Simon Zebo made for compelling viewing.

Simon Zebo was tireless in search of work for his Ireland side, making 12 carries for 50m with three defenders beaten and one clean break.

The 2013 Lion has spent most of the season at full-back for Munster and that versatility will make him a more attractive option in the touring party to Gatland.

What’s more, the Irishman also offers a booming left foot which relieved the pressure on five separate occasions for Joe Schmidt’s side in Edinburgh.

Keith Earls is a different type of winger to Zebo – although equally versatile considering 16 of his 55 Ireland caps have come in the centres – but he was key to the Irish fightback.

Earls made 37m from seven carries with one defender beaten and one clean break but crucially scored their first try.

And the 2009 Lion in South Africa came agonisingly close to a second score when fed by Kearney but the try was ruled out by the TMO as the full-back had just stepped into touch.

The late introduction of two-time Lion Tommy Bowe – so impressive in South Africa and Australia – after a long battle with injury will also have boosted Gatland as the Ulsterman made 11m from his only carry.

But the main job for a winger despite the requirements of the modern game remains scoring tries and while Earls is the only one of the four wingers we have looked at so far, both Welshmen dotted down in Rome.

North’s stunning solo score – reminiscent of his famous try for the Lions in the first Test against Wallabies in 2013 – was even more impressive considering he appeared to do so while carrying a thigh injury.

North was the only winger to break the century mark for metres made this weekend as Wales turned the screw late on against the Azzurri.

Meanwhile on the other flank Liam Williams was equally impressive with a predatory score in the left corner and 58m from 13 carries.

The Scarlets man – impressing at full-back for his region this season and heading to Saracens next season – made three clean breaks and beat two defenders.

Throw in his seven tackles and an offload and you start to get an idea of Williams’ fine all-round skillset that has made him undroppable for Wales – whether on the wing or the No 15 jersey.

We have already discussed the versatility of the likes of Zebo and Keith Earls but even they cannot match the Swiss Army knife that is Elliot Daly.

The Wasps man can cover every position from inside centre to full-back, has a cannon of a left foot and proved it by knocking over a penalty from halfway in England’s win on Saturday over France.

Picked on the left wing by Eddie Jones this weekend, Daly kicked twice from hand while also making 46m from his three carries – all three of which were clean breaks.

He was only denied a deserved score by the touchline which his toes grazed early in the second half after being released by Owen Farrell.

Speed is the final key characteristic pinpointed by Gatland for his Lions wingers and a man who has that in spades is Jonny May.

The Gloucester flyer buried the demons of his first-half yellow card with a fine performance on the less familiar right wing, making 60m and beating three defenders.

England’s bench also made a real difference in their second-half comeback against France and key to that was Jack Nowell.

The Exeter Chief managed three carries for 12m in the ten minutes he was on the field and will be pushing hard for a start in Cardiff next weekend.