British & Irish Lion Stuart Hogg will win his 50th cap for Scotland on Sunday after being named in Vern Cotter's side that shows just one change to take on France.  [more] 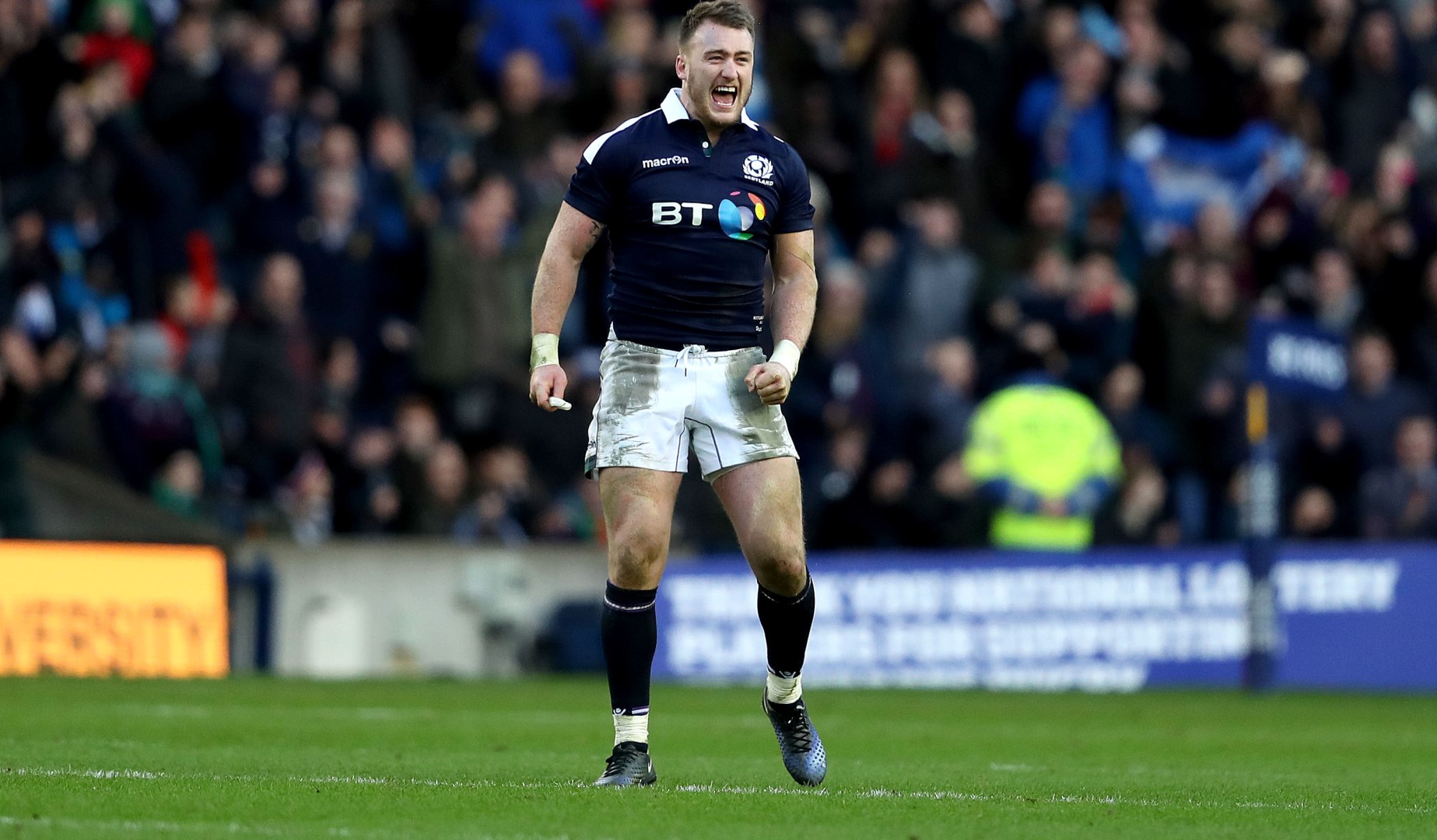 British & Irish Lion Stuart Hogg will win his 50th cap for Scotland on Sunday after being named in Vern Cotter’s side that shows just one change to take on France.

John Barclay returns to the Scotland back row in place of the injured Ryan Wilson as Scotland look to back up their fine win over Ireland when they take on Les Bleus in Paris on Sunday.

Not since 1999 have the Scots won on French soil – coincidentally the last time they also lifted the overall title.

But after victory over Ireland in their Championship opener last weekend – optimism is high in the Scottish camp.

HALF CENTURY FOR HOGG

And Hogg – who at the age of only 24 becomes the youngest ever Scotsman to reach 50 caps – was singled out for special praise by the head coach.

“Congratulations to Hoggy on what will be a special milestone,” said Cotter.

“It’s a fantastic personal achievement, especially at such a young age, which is a good indication of how talented an individual he is and how important he’s been to Scotland teams over the past five years.

“He’s a very exciting player and, at just 24, he has a huge amount to offer Scotland for many more years to come.”

Barclay impressed off the bench last weekend for the Scots and is handed a start on the blindside flank after Wilson missed out with an elbow injury.


An otherwise unchanged starting XV sees Scotland include three British & Irish Lions with the in-form full-back Hogg joined in the back three by Sean Maitland and Tommy Seymour.

And Cotter – who made his name coaching in France with Clermont Auvergne and returns there next year to take over Montpellier – is feeling confident about his side’s chances.

“France in Paris is a monumental challenge. They have improved markedly since [Head Coach] Guy Noves took charge and will be smarting since their narrow defeat to England at Twickenham last weekend,” he added.

“We’re their next opportunity to get their campaign up and running and they’ll be intent on throwing every part of their considerable fire power at us this Sunday.

“We’ll have to match their ferocity while ensuring we take that – and all the other battles we can expect in this game – on our terms, whether that’s in collisions, in set-piece, at the breakdown or in the air.

“This will be an excellent test for this group of players: mentally, physically, tactically and of our skillsets under pressure.

“We will need to be at our relentless best once again.”

YOUR @Scotlandteam to face France this Sunday!


The front row unit of Allan Dell, Gordon Reid and Zander Fagerson pack down again with the Gray brothers Jonny and Richie behind them.

Barclay comes into the back row to join Hamish Watson and Josh Strauss while Greig Laidlaw and Finn Russell remain the half-back pairing.

Alex Dunbar and Huw Jones retain their midfield partnership while the back three of Maitland, Hogg and Tommy Seymour is also unchanged.

The one change on the bench sees John Hardie added as back-row cover with the experience of 2009 Lion Ross Ford allied with the exciting pace of Ali Price and Mark Bennett as backline cover.