England are on a national record run of 15 consecutive victories. They need three more to equal New Zealand's record. [more] 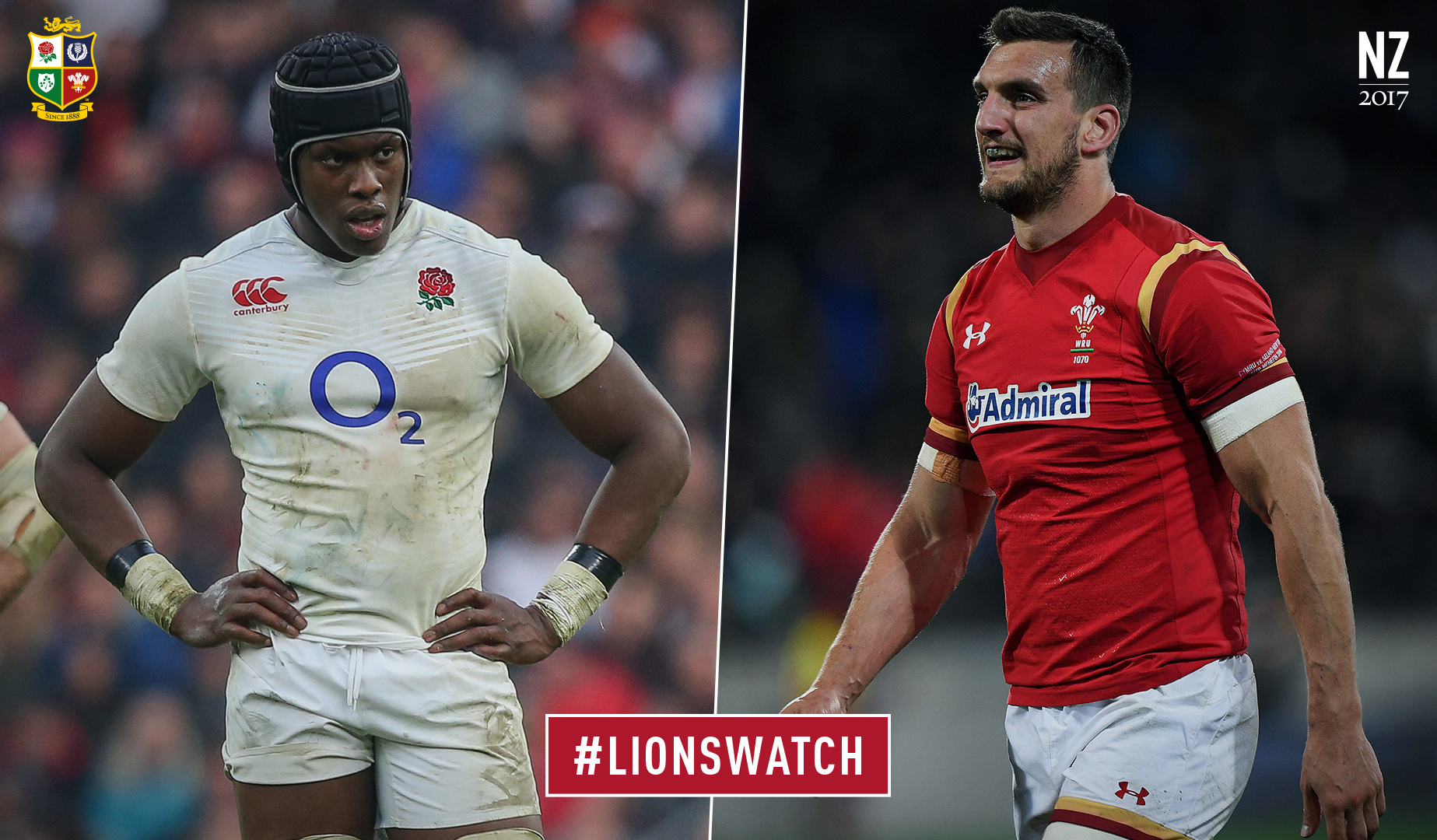 England are on a national record run of 15 consecutive victories. They need three more to equal New Zealand’s record.

Victory for England would be their ninth consecutive Six Nations win – equalling their longest streak in the competition and they have won their last six away Tests.

But as Eddie Jones has pointed out, the Red Rose’s record in Cardiff is marked with Welsh wins – the 30-3 triumph in 2013 a huge statement ahead of The British & Irish Lions Tour that year.

With so many contenders for the 2017 New Zealand Tour across the field, we take a closer look at the key match-ups.

Dan Biggar and George North will be given as much time as possible to prove their fitness for the clash in Cardiff on Saturday night.

North – a three-time Test Lion in 2013 – appears in real danger of missing out with Alex Cuthbert set to come onto the right wing in his stead.

Elsewhere Rob Howley has opted for a prop swap as Rob Evans and Tomas Francis come in for Nicky Smith and Samson Lee while Taulupe Faletau is fit enough to return to the bench.

Eddie Jones has brought in Jack Clifford and Jack Nowell to his starting XV, the Harelquins flanker pushing Tom Wood to the bench while Nowell’s inclusion means Jonny May is also a replacement.

Twenty caps plays 130 in the back-row showdown, two Lions in Sam Warburton and Justin Tipuric take on the raw power and pace of Jack Clifford, Maro Itoje and Nathan Hughes.

England boast huge size in their trio, but at Test level Itoje has just one cap on the blindside, while Hughes only made his first start in the autumn and Clifford has spent large periods out injured.

Paul Gustard and Jones have emphasised that England’s trio will play as a unit and that distinctions between open and blindside are not relevant, but how will that hold up against two world-class scavenging opensides?

Leigh Halfpenny and Mike Brown go head to head at full-back, Courtney Lawes and Alun Wyn Jones face off in the engine room, the two Jonathans, Joseph and Davies, will have an intriguing clash in the centres.

Mentality-wise, Itoje and Warburton are remarkably similar – both leaders who prefer to do rather than say, earmarked from a young age to make a huge impact.

But at 70 and eight caps respectively, they are at opposite ends of the spectrum and regardless of Itoje’s immense gifts, when it comes to breakdown nous, there are few alternatives to 70 Tests worth of experience.

WRU TV looks back at previous encounters between Wales and England and some crucial tries scored by the men in red pic.twitter.com/zP0riPwIlh


Nevertheless, if Itoje’s meteoric rise is an indication of anything, it’s that he is quick learner and as he showed in the European Rugby Champions Cup last year, is motivated by the big occasion.

And the clash between the two Lions contenders will be both an intriguing individual battle and have a huge say in how the game unfolds.

Joseph’s RBS 6 Nations debut came against Wales in 2015 and despite much conversation about how he would fare against a heavyweight midfield of Jamie Roberts and Davies, he slipped through multiple tackles to score what would be the decisive score.

Fast-forward two years and to that attacking game he has added a steely defence that has been a hallmark of Jones’ England.

Davies looked sharp against Italy and scored in victory last weekend as his burgeoning partnership with Scott Williams looked to be developing at a rapid speed.

Both Davies and Joseph are capable of breaking down the sternest of defences and with passers inside them in Farrell and Williams, shall be a go-to in terms of attacking outlets.

Whoever can get their team going forward and ensure they are not picked off on the turnover by any one of the quicksilver back-rowers, will be an invaluable asset in Cardiff.

Ben Te'o talks to ERTV about crossing codes, playing for England, and THAT try against France ?? pic.twitter.com/enF5Dt39u9

Howley’s side has six Lions in starting XV – Halfpenny, either George North or Alex Cuthbert, Jonathan Davies, Alun Wyn Jones, Warburton and Justin Tipuric, with another two on the bench in Jamie Roberts and Taulupe Faletau, while England have Ben Youngs, Dan Cole and Owen Farrell.

England have won last three meetings in the RBS 6 Nations, including in Wales in 2015.

England have won four of their last five matches with Wales, including the last three, but their two most recent wins came by five points or fewer.

Wales have won five of their last seven home games against England, including that 30-3 win in 2013.

Wales prop Rob Evans:
"Undoubtedly England have been on fire, and haven't lost a game in however long [since the 2015 World Cup], so of course it's the game to win, but it's another game to win and keep us on the winning track."

England scrum-half and 2013 Test Lion Ben Youngs:
“I don’t think there is a better place to play, I absolutely love it, it is a great stadium and a fantastic atmosphere,” said Youngs.

“I feel if it doesn’t get the best out of you as a player then you probably need to ask yourself some questions.

“I’ve always said it’s fantastic, I enjoy going to hostile and challenging stadiums and it will be no different this weekend. There is nothing but excitement from our point of view.”