For the second week running England trailed heading into the last ten minutes but once again they found a way to win as Elliot Daly's late try was enough to down Wales 21-16 in Cardiff. [more] 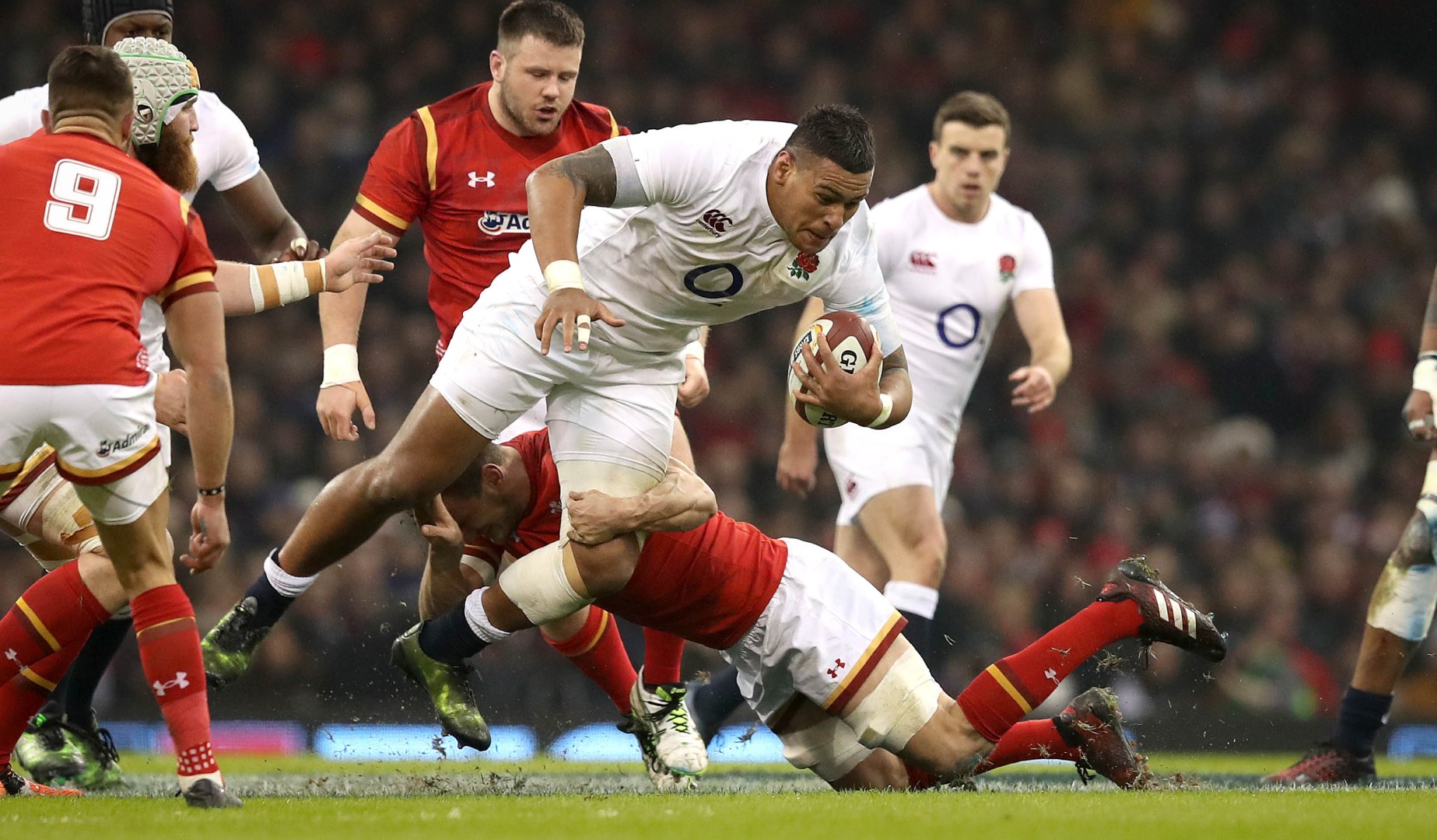 For the second week running England trailed heading into the last ten minutes but once again they found a way to win as Elliot Daly’s late try was enough to down Wales 21-16 in Cardiff.

Liam Williams’ first-half try and 11 points from Leigh Halfpenny had helped Wales into a 16-14 lead with Ben Youngs getting the first try of the game for the visitors.

But as time looked to be running out for Eddie Jones’ men and their unbeaten record, a loose clearance kick offered England the chance to run it back and Daly had the pace to get round Alex Cuthbert and over.

With British & Irish Lions Head Coach Warren Gatland in attendance at Principality Stadium there was some brilliant performances from both sides, but in the end England were just clinical enough to make it 16 wins in a row.

While Wales got the opening points through a Halfpenny penalty it was England who controlled possession and territory.

First Farrell pulled them back level with a penalty and then after a long period of possession they took the lead thanks to a poacher’s try from Youngs.

Mike Brown had beaten one man and was stopped just short but with Wales scrambling the 2013 Lion dived over. Farrell couldn’t convert but England led 8-3.

Wales had found themselves under huge pressure, with Justin Tipuric racking up 11 tackles in the first quarter, but they then started to come back into it.

A Halfpenny penalty cut the deficit to two, and they could have taken the lead but turned down two kickable penalties, failing to turn them into points as they were penalised at a scrum and then knocked on at a lineout.

But with so much territory the English defence couldn’t hold forever, and it was a lovely training ground move that put them up at the break.

From a scrum 20 metres out Ross Moriarty fed Rhys Webb and he then delayed his pass and fed Williams who scythed through a gap and dived gleefully over.


Halfpenny added the conversion and Wales led 13-8 at the break.

Possession was dominated by Wales at the end of the first half and that continued in the second but they were unable to turn it into points.

Instead England got back to within two thanks to a Farrell penalty.

Eddie Jones went to his bench early bringing Jamie George and James Haskell in quick succession with half an hour remaining.

But it was Haskell who was penalised for not releasing as Wales pushed in the 22, giving Halfpenny the easiest of penalty chances to stretch the lead back to five.

England came back again though and looked certain to score as they set up camp on the Welsh line.

After the forwards had been held out they chose to go through their backs but as Youngs spread it wide Dan Biggar took a chance and it paid off.

Racing out of the line, he picked off Youngs’ pass, sprinted up past halfway and then grubbered through as Daly came back.

It was a huge play to relieve the pressure, with Daly forced to kick into touch, but England’s scrum came up big a minute later to get them back on the front foot.

Farrell knocked over a penalty to cut the deficit back to two points and then the replacements made an impact once more.

72' Farrell has now kicked his 200th goal for England.https://t.co/qYXQ5kNlK9 pic.twitter.com/BigYxJ4oxa


England got back into the Welsh 22 with Ben Te’o again making an impact off the bench, and they had a chance when replacement Jonny May got some space on the right.

That was soon closed down and Wales were able to get the ball back with a Williams turnover. They had the chance to clear, but Jonathan Davies’ kick dropped into the hands of George Ford.

77' TRY ENGLAND. Elliot Daly flies over in the corner to edge England into the lead. Con Farrell.https://t.co/qYXQ5kNlK9 pic.twitter.com/8NpzGLSifz


He found Farrell who then fed Daly and the winger was able to get round Cuthbert, who a minute earlier had made a brilliant try-saving tackle.

The winger dived over in the corner, and after Farrell converted Wales could never really get back in range as England saw it out.