LionsWatch: Memorable day for Stander and Ireland in Rome

CJ Stander became the first Irish forward to score a hat-trick in nearly two decades as Ireland responded to their defeat to Scotland with a thumping 63-10 win in Italy. [more] 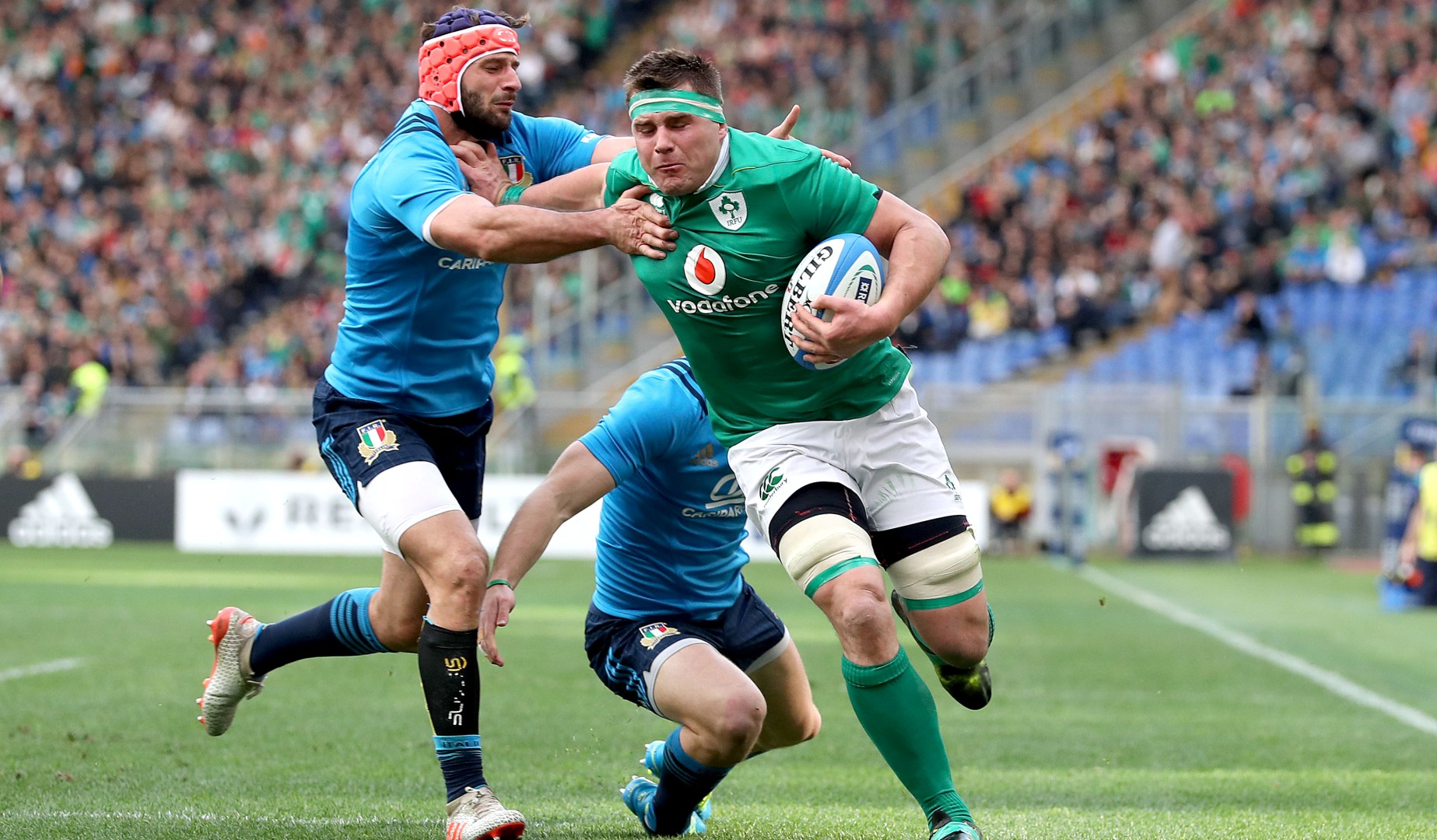 CJ Stander became the first Irish forward to score a hat-trick in nearly two decades as Ireland responded to their defeat to Scotland with a thumping 63-10 win in Italy.

Having gone down narrowly to the Scots on the opening weekend of the RBS 6 Nations, Joe Schmidt’s team needed a big performance and claimed a first-ever bonus point in the competition, scoring nine tries in all.

British & Irish Lions Head Coach Warren Gatland will have been watching closely as a number of players impressed including hat-trick heroes Stander, who was also man of the match, and Craig Gilroy.

Keith Earls had also crossed twice in the first half, with Garry Ringrose getting the other, while Italy managed just a penalty try in response.

Ireland had lost hooker and captain Rory Best before kick-off, the Ulsterman failing to recover from a stomach bug with Niall Scannell taking his place for a first Test start.


It ended a run of 51 straight RBS 6 Nations appearances for Best, who had not missed a game since the 2006 season.

In Edinburgh Ireland found themselves behind on the scoreboard almost immediately but they ensured there would be no repeat here with a dominant start, spending the first ten minutes in Italian territory.

The pressure eventually told, with the ball spread to the right where Earls was able to stroll over.

Paddy Jackson converted, and although Carlo Canna pulled three points back for Italy, they were soon over for a second.

It came in similar fashion, this time on the other side, with Italy running out of numbers out wide and Simon Zebo putting over Stander on the left.

With Jackson’s conversion Ireland led 14-3, and it soon got even better for the visitors.

Once more it came from quick ruck ball and Italy running out numbers, Earls easing over on the right for the second time.

Italy did come back with a powerful maul in their first incursion into the Irish 22, with Donnacha Ryan sin-binned for pulling it down as the Azzurri were awarded a penalty try. Canna converted to make it 21-10.


But there was still time for Ireland to seal the first-ever RBS 6 Nations bonus point before the break, Stander carrying three men with him as he crashed over for a second from five metres out. Jackson converted to make it 28-10 at half-time.

With two tries in the first half Stander was always a candidate for a third and he got it just six minutes into the second half.

He’d racked up 15 carries in the opening 40 minutes, and this time off the back of a ruck he slipped one tackle and jogged over from just outside the 22.


That gave him a first Irish hat-trick in the Championship since former Lions skipper Brian O’Driscoll, and the first by an Irish forward since Keith Wood back in 1999 against the USA.

Italy kept working hard and enjoyed more possession in the second half, but Ireland defended stoutly to keep them at bay.

And it was the visitors who secured a sixth try with just under quarter of an hour remaining through replacement Gilroy.

The winger had come on for Robbie Henshaw, and when he got some space 30 metres out, he stepped inside his man then easily rounded Canna to go under the posts.

And with Italy starting to slip off tackles Ringrose ran a beautiful line in midfield to burst through and go under the posts.

There was still time for Ireland to run two more, Stander showing his kicking game with a somewhat fortuitous boot forward that Gilroy was fastest to, and he then went over in the final play of the game to complete his treble.

Jackson converted to take his own tally to 20 on a flawless day from the tee, while Ireland claimed their biggest win in RBS 6 Nations history.

Ireland News
Previous story Legends gather to kick off ‘Leading The Lions’ Dinner Series in Cardiff
Next story LionsWatch: More still to come from Ireland according to Heaslip