LionsWatch: More still to come from Ireland according to Heaslip

Ireland secured a record RBS 6 Nations victory in Italy but skipper Jamie Heaslip insists there is still more to come from the team. [more] 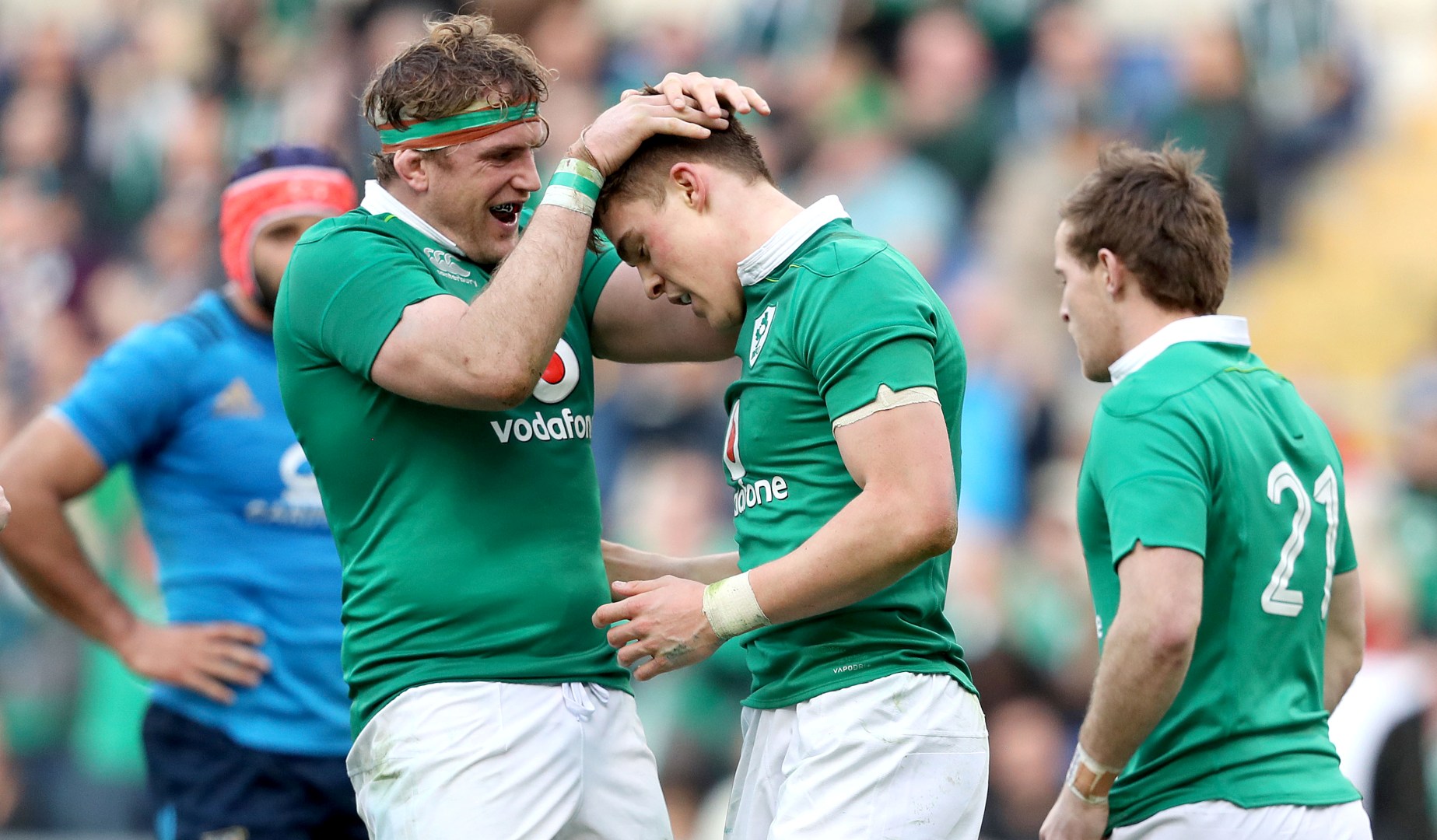 Ireland secured a record RBS 6 Nations victory in Italy but skipper Jamie Heaslip insists there is still more to come from the team.

And he led from the front as Ireland ran in nine tries in all in their 63-10 success, with CJ Stander and replacement Craig Gilroy getting a hat-trick apiece.

Keith Earls also went over twice, with Garry Ringrose getting the other but Heaslip still thinks Ireland can improve ahead of a clash with France in a fortnight.

He said: “I think the final score put a nice shine on it. We got a lot of lucky bounces today but we did work some nice work, creating a lot of nice scores. We were a lot more clinical today.

“Last week we were a little bit too loose at times.

“We took a lot belief from our first half performance, then we focused on what we could do in the second half and we got the outcome in the end.

“I think everyone on the field is a real competitor, including Italy, we are obviously delighted with the score. But, there is a lot to work on for us. We can recuperate now, recover and prepare for two weeks time.”

It was a welcome result after last weekend’s loss to Scotland, and coach Joe Schmidt was understandably pleased with the display of his team.

And while he was impressed by Stander, it was also centre Ringrose, in only his second Championship appearance, who really pleased the Kiwi.

He said: “The bonus point was not something we were chasing, we just focused on getting a really good result.

“If you get the performance right, you are always more likely to get a good result. We looked after the ball well and mixed up our game. I thought Paddy Jackson varied the game well too.

"CJ Stander has a fantastic engine, he just keeps on working away. You saw some of his other skills – of which kicking is not one. It worked for the Gilroy (try), but hopefully he won’t try it too often

“Garry Ringrose snuck through the defence well. He is very elusive, he has a great sense of the game. I felt sorry for him last week, he got spooked in the first 20/30 minutes of his debut Six Nations game, today I thought he was super.”