Classic Match: Underwood downs the All Blacks in 1993

Only one British & Irish Lions squad has secured a Test series victory in New Zealand but few have come closer than the 1993 team led by Sir Ian McGeechan. [more] 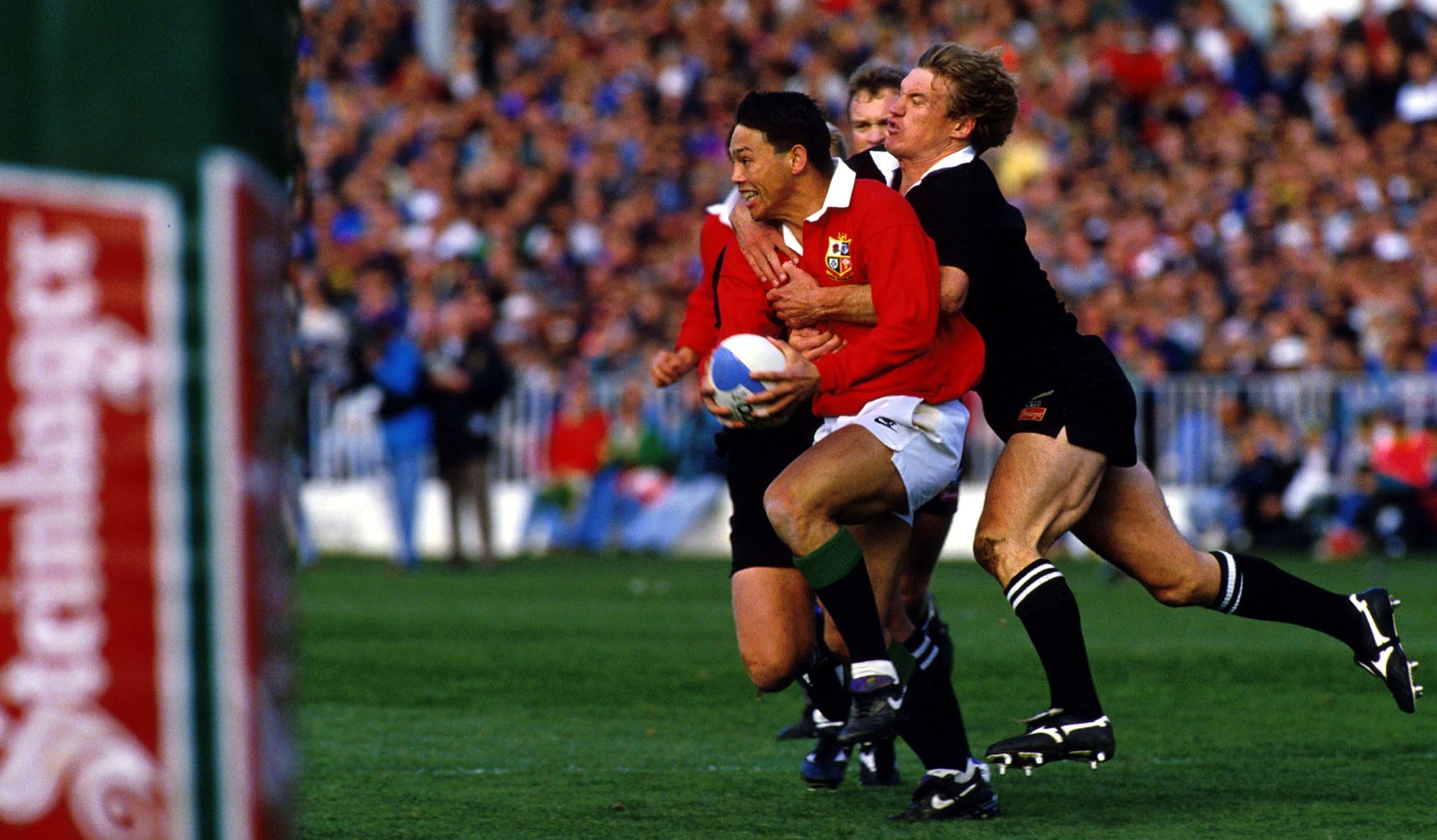 Only one British & Irish Lions squad has secured a Test series victory in New Zealand but few have come closer than the 1993 team led by Sir Ian McGeechan.

The Lions were a kick away from success in the first Test before romping home to a 20-7 victory in the second Test in Wellington with an inspired display.

Injuries and a long Tour eventually caught up with the Lions in the Third Test, which was lost 30-13 at Eden Park, but a 2-1 series defeat failed to portray how spectacularly the Lions had played.

The final Tour of the amateur era was led by McGeechan, the second time he had coached the Lions, with Geoff Cooke taking the manager role.

Scotland’s Hastings led from the front as captain and with the kicking duties while 17 of the 30-strong squad were English.

In the second Test victory, Brian Moore and Jason Leonard were brought into the pack with Martin Johnson joining Martin Bayfield in the engine room.

Ben Clarke, Peter Winterbottom and Dean Richards in the back row meant all but one of the forwards were teammates with England.

In the backline, Dewi Morris and Rob Andrew formed the half-back partnership with Jeremy Guscott and Scott Gibbs in the centre and Underwood, Evans and Hastings as the back three.

“McGeechan was very well regarded, he was on the 1989 Tour so I knew him from that, he was someone we were used to which worked and we had huge respect for him,” Underwood said.

“Gavin was an outstanding player he was a first pick for the team, him and McGeechan knew each other very well and ran it very well.

“He was a different captain from Finlay (Calder) in 1989, it was interesting the difference between the two.”

The Lions won five of their six games, including a 24-20 success over New Zealand Maori at Athletic Park, to demonstrate their strong form heading into the first Test.

And they were ahead entering the closing moments of the first Test before Grant Fox kicked a last-minute penalty to earn the All Blacks a 20-18 win at Lancaster Park in Christchurch.

“Fair play to Fox for getting it, it was near the half way line and that was big frustrating but we were on a par with them,” Underwood explained.

“We were disappointed with the loss but not the performance, my recollection though was looking forward to the Second Test.”

There was a gap of two weeks between the first and second Tests in which time the Lions beat Taranaki before suffering defeats to Auckland and Hawks Bay.

The next Test would be the Lions’ second trip to Athletic Park in Wellington and they went into the game knowing that only a victory would keep their hopes of a series victory alive.

“We had played the Maori there and won and I remember going to Wellington for the first time it was famous for being windy,” Underwood said.

“From a wings’ point of view you know the history and the former players who’ve played there and I remember looking forward to going.

“It was an older stadium and it was not what I expected. When you first walked out, the stand of the far side had no roof on it and it went on as far as the eye could see.

“It was a massive stand and in the Second Test it was packed.”

And in front of 39,000 at Athletic Park, the Lions were ahead at half time 9-7 after choosing to play into the wind.

Eroni Clarke had scored the All Blacks try, converted by Fox, but two Hastings’ penalties and a Rob Andrew drop goal had the Lions in front.

Another Hastings penalty extended the lead in the second half before one of the great Lions’ tries – a 50m dash along the touchline by Underwood – clinched the victory.

“In the second half, we were feeling very good and then the clincher was that try,” said Underwood.

“A rare mistake from Sean Fitzpatrick on the half way line saw the ball knocked on and Dewi (Morris) collected the ball and Jeremy (Guscott)’s timing of the pass to me was perfect.

“I could get round (John) Kirwan and as I beat him I was running past the bench and they were jumping up and down and shouting.

“I remember my eyes were on the corner and, as soon as I thought I could, I leapt and went for the line, it was the worst dive.

“I felt like I was miles away and it looked dreadful but that took us away from them and gave us control of the game.”

A further penalty from Hastings gave the Lions their highest ever score against New Zealand – a victory to celebrate with everything to play for in the third and final Test.

When the Lions last won a series in New Zealand, they earned a dramatic 14-14 draw at Eden Park but sadly their heroics could not be replicated in 1993.

A ten-point lead for the Lions came and went as Frank Bunce, Fitzpatrick and Jon Preston all scored tries for the home side, who ran out 30-13 winners.

“They had been stuffed the week before and they wanted revenge. They picked up their game and we were not able to pick up ours to the same level on the day”, Underwood concluded.