Shane Williams: My Lions XV from Championship Round Two

After two rounds of action in this year's RBS 6 Nations you can definitely tell that we are in a British & Irish Lions year.  [more] 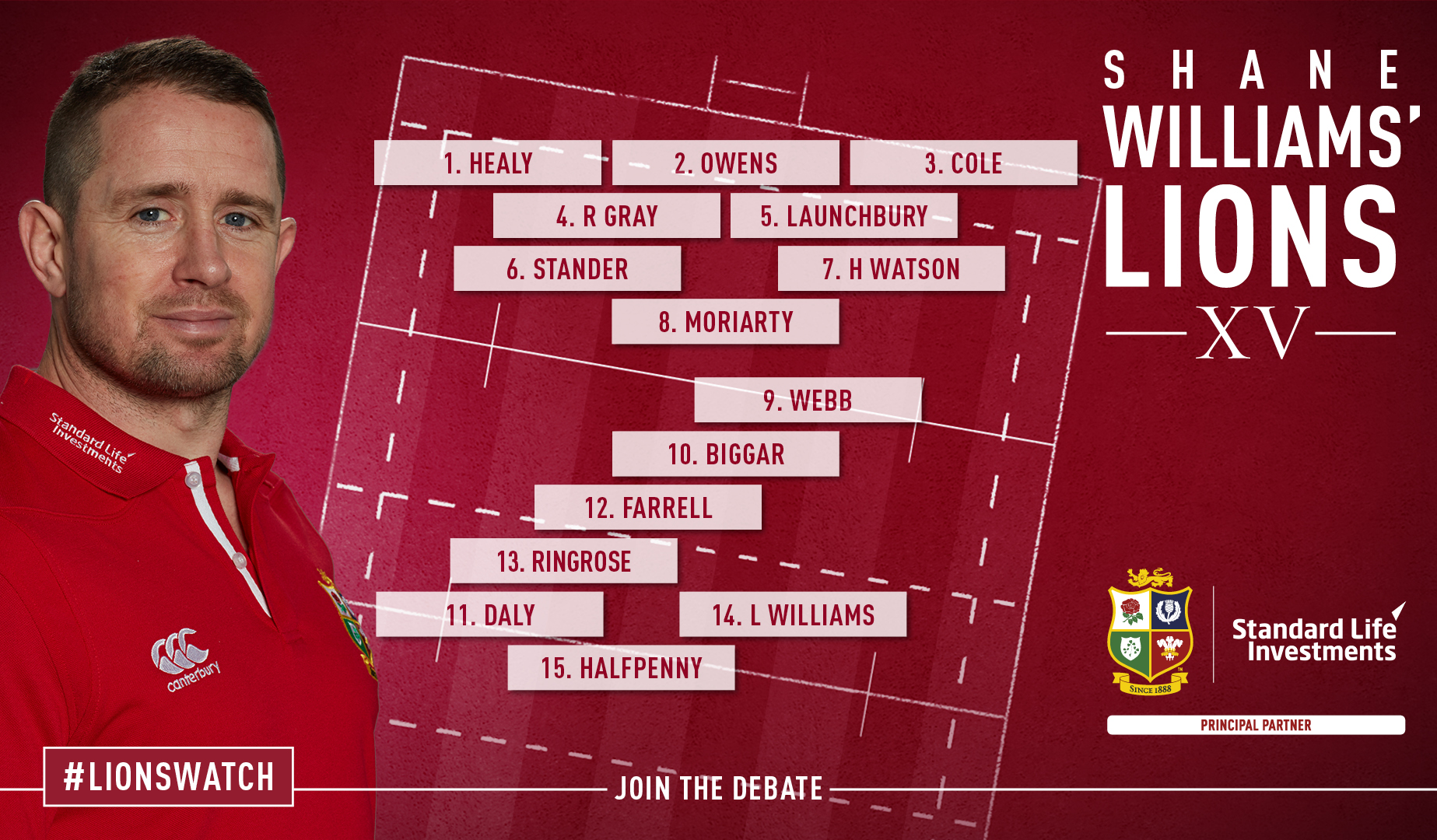 After two rounds of action in this year’s RBS 6 Nations you can definitely tell that we are in a British & Irish Lions year.

Every player across the four home nations has lifted their level and it is showing in the games we have seen so far.

There have been some really good performances both from individuals and teams and let’s hope that continues.

Wales against England on Saturday night was one of the most physical matches I have ever seen, both defences absolutely tested each other.

That was the best Wales display I have seen for a long time so the result will be hard to take – when you play that well you expect to win.

But credit to England who took their chances and were a bit more clinical when it mattered.

Scotland were very unlucky against a good French side – they battled right to the end and will be disappointed because it was a great defensive performance.

What Ireland did really well against Italy was start positively. Wales didn’t do that the week before and had to rectify it in the second half.

But Ireland were on it from the start and didn’t let up. That allowed Joe Schmidt’s side to rack up a big score with some great individual showings.

Stuart Hogg is playing very well for Scotland but he was starved of ball for large parts against France. Leigh Halfpenny and Mike Brown had a good battle on Saturday but I have gone with Leigh for his defensive positioning and of course his fine goal-kicking.

He was on the left wing for Wales on Saturday but I have moved him to the right here as I have to have him in my side. There is a real buzz in the stadium every time he gets the ball – he has been the form back three player for Wales for a while. He made great yardage on Saturday out wide and cut a lovely line for the Wales try before half time.

Jonathan Davies had a really good game and I think he probably just got the better of Jonathan Joseph but I have gone for Garry Ringrose in my team for his performance against Italy. His running lines are so intelligent, he took his try extremely well and his defensive effort was much-improved from the week before against Scotland.

This is a toss-up between Owen Farrell and Scott Williams, both of whom were superb in Cardiff on Saturday night. Scott barely put a foot wrong but Farrell is something else. He kicked his goals and also fired a fantastic pass to Elliot Daly for what proved to be the winning try.

Craig Gilroy scored a hat-trick so should probably be in contention for a wing spot and Jack Nowell was very impressive for England. But you cannot look past Daly who provided the decisive moment with his score in the corner and also made a key defensive contribution when he chased down Dan Biggar in the second half.

For a man who was carrying an injury, this was a superb performance. Dan Biggar controlled the game well, lifted the pressure with some key defensive plays and if he was a tiny bit quicker he could have scored a couple of tries. But he is not in the team for his pace, he is a big-game player who raises his performance on the biggest stages and on current form is right back in the Lions conversation.

Ben Youngs maybe edged the battle of the No 9s in the first half in Cardiff, but after the break I thought Rhys Webb was fantastic. He looked very sharp, both with his distribution and his sniping round the ruck, and is back to his best after a bad run with injuries.

Cian Healy has been jostling for the Ireland No 1 jersey with his clubmate Jack McGrath but the 2013 Lion got the start in Rome and hammered what is a big Italy side in the scrum. He is another that looks to be back to his best after injury. Not many people have been speaking about him for the Lions but he is fighting hard for a place on the plane.

That was probably Ken Owens’ best game for Wales. He has been renowned for a while for coming off the bench but now he has the No 2 jersey and seems to be enjoying it. The pack went well on Saturday and his set-piece work was solid but he was absolutely magnificent around the park.

For the second week in a row I am picking Dan Cole at tighthead, which tells you how consistent he is. He is an old school prop who doesn’t do anything too flash. He loves to scrum, gets a tap on the head from his teammates and then looks forward to the next one.

Second row and back row are so competitive for the Lions this year, Warren Gatland has a job on his hands to pick them and there are going to be some very good players left disappointed.
Richie Gray probably just edged out his brother Jonny for me in Paris. He worked his socks off for a side that were under a lot of pressure, put his body on the line and carried well.

I could have had Jake Ball here, who played one of his best games for Wales, and Alun Wyn Jones is so consistent that you could have him every week. And that is without mentioning Courtney Lawes who was enormous in that same game but I have to go with Joe Launchbury who has been an unsung hero for England for a while and fully deserved his recognition on Saturday.

You can’t really leave him out can you after he scored a hat-trick? He has been one of the form back-rowers in the northern hemisphere for quite some time now and at the moment, the way he is playing, you would have to call him a shoo-in for the Lions.

Sam Warburton looks to be back to nearly his best since giving up the captaincy, Justin Tipuric got through so much work as well for Wales while Sean O’Brien was also impressive. But Hamish Watson works so hard for Scotland. He just seemed to be everywhere on Sunday in Paris, he was a nuisance at the breakdown and his ball-carrying – for not a huge guy – is very impressive. He has got great footwork and as an old-school No 7 has to make my team.

Nathan Hughes got through so much work for England but his opposite man Ross Moriarty was my man of the match in Cardiff. He was unlucky to be taken off when he was, but what an impact he made when he was on the pitch. Wales needed a guy to stop the big runners down the middle and Ross was enormous in defence.