Four-time British & Irish Lion Brian O'Driscoll rubbed shoulders with some of the most famous people in the world in his glittering rugby career. [more] 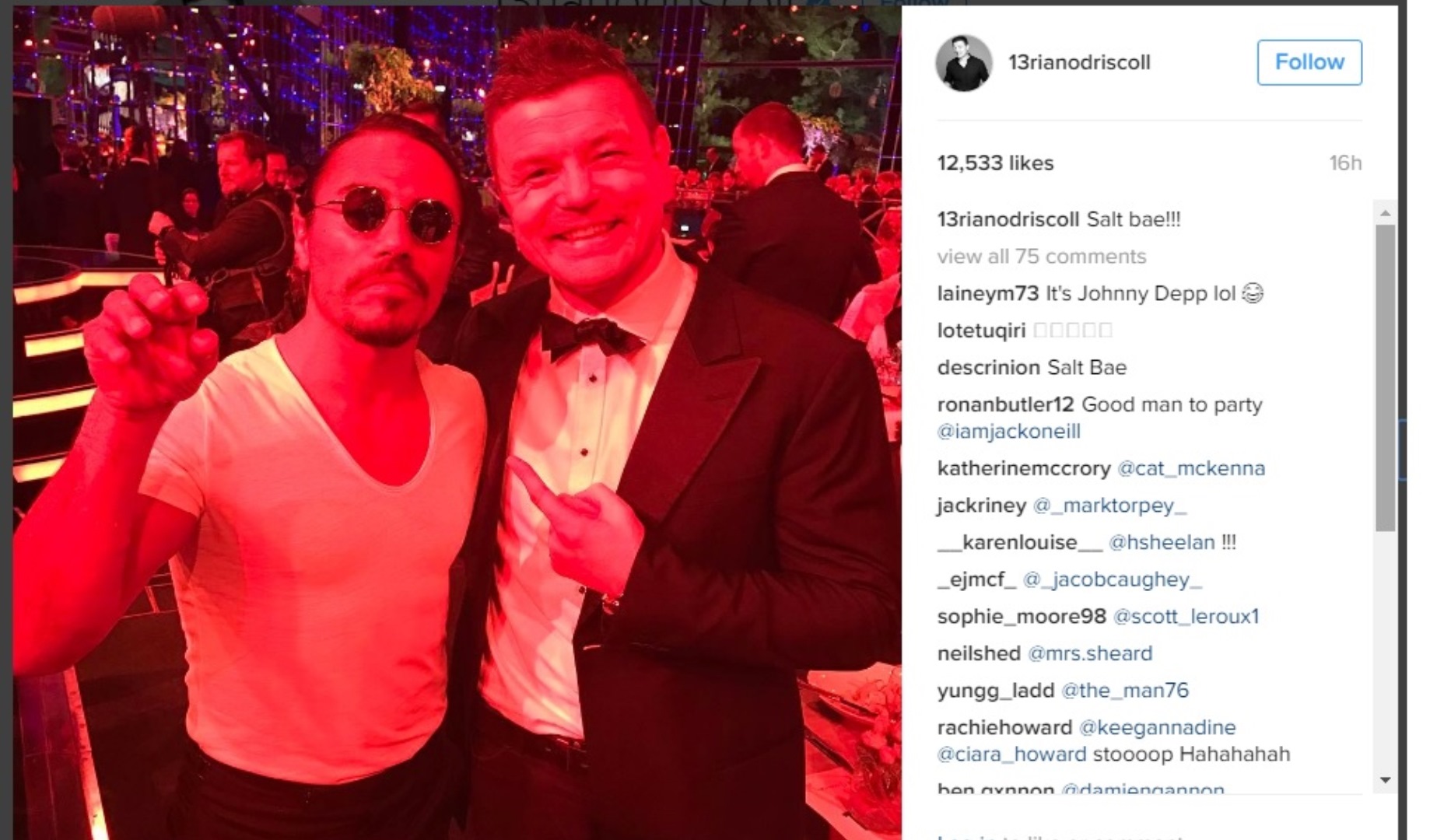 Four-time British & Irish Lion Brian O’Driscoll rubbed shoulders with some of the most famous people in the world in his glittering rugby career.

But at the Laureus World Sports Awards in Monte Carlo on Tuesday night he got to meet the internet’s newest viral sensation – Salt Bae.

Nusret Gökçe is a Turkish chef who has shot to fame in recent months for the flamboyant way he salts his meat.

His Ottoman steak video has garnered over ten million views and O’Driscoll is clearly a fan.

The Lions legend not only grabbed Gökçe – who has inspired thousands of internet memes and even seen sportsmen like fellow Lion Jonathan Davies steal his moves as a celebration – for a photo but also got him to season his meal at the Awards Dinner.

And the caption from O’Driscoll really said it all: Life made. Meal ruined. Worth it!

News
Previous story Win a dinner for two and a pair of Lions jerseys on Valentine’s Day
Next story Your Club Your Lions: Felinfoel RFC