Your Club Your Lions: Felinfoel RFC

Say the name Phil Bennett anywhere in Wales and a whole generation of rugby fans reminisce about his famous sidestep and swerve, and that 50-metre British & Irish Lions try against South Africa in 1974. [more] 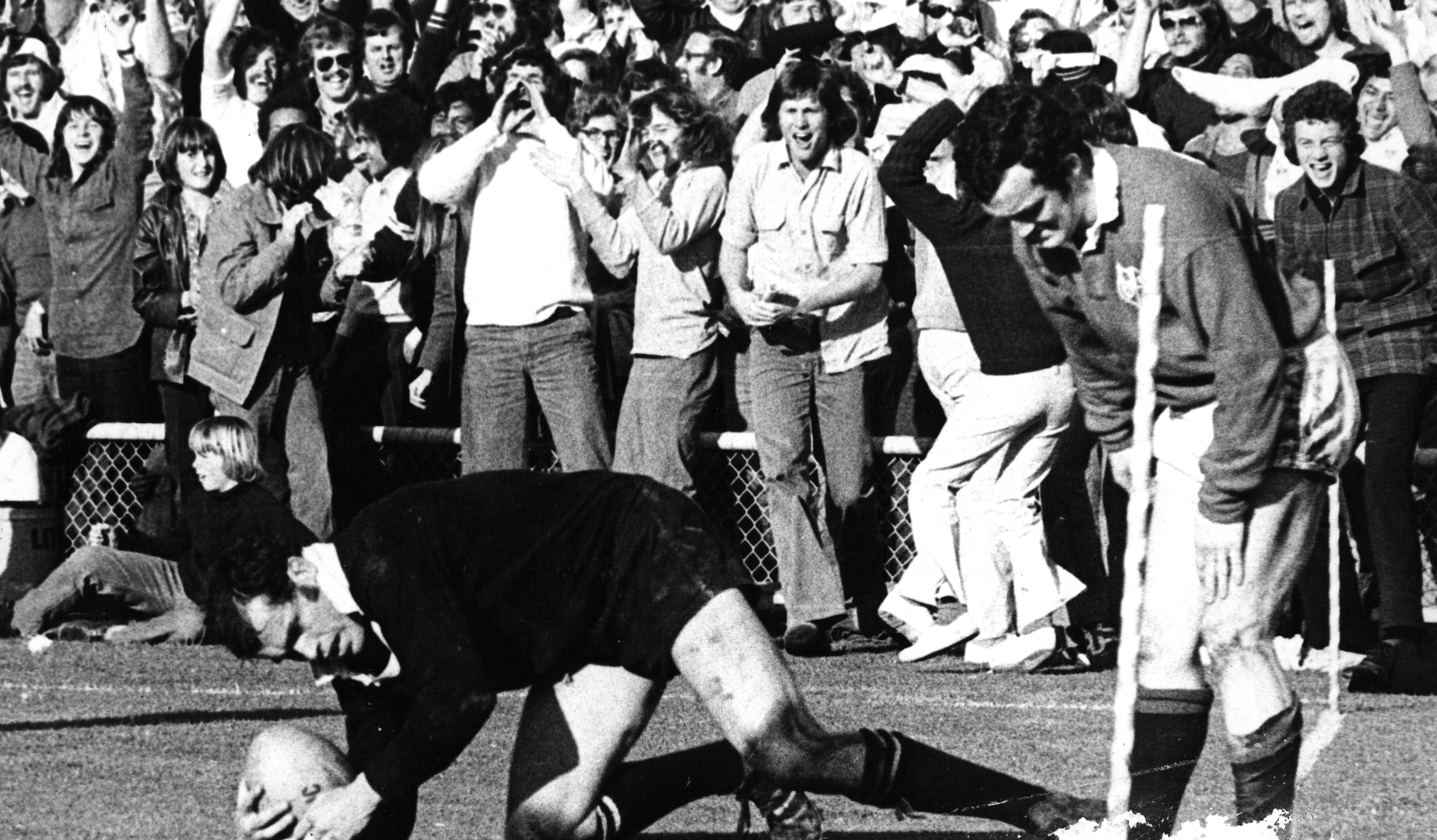 Say the name Phil Bennett anywhere in Wales and a whole generation of rugby fans reminisce about his famous sidestep and swerve, and that 50-metre British & Irish Lions try against South Africa in 1974.

But at Felinfoel Rugby Club, where his rugby career started, he is just one of the regulars who never misses a home game.

Bennett’s career may have outgrown Felinfoel but his love for the club and of rugby has never diminished. He is the long-serving president, a former fitness coach and his fundraising dinners attract hundreds of guests.

The club, founded in 1873, currently plies its trade in the Welsh National League Division One West, and is a key feeder for professional side Scarlets – just over two miles away.

Along with Bennett, it has produced the likes of Brian Butler, Ian Gallacher and Bill Clement – who toured with the Lions to South Africa in 1938.

But Bennett, who toured South Africa himself in 1974 and captained the 1977 side to New Zealand, is Felinfoel’s most famous son – and former captain Roger Fouracre insists his talent was obvious from the start.

“He was a scrawny little kid when he came from school and nobody ever thought he would be up to much when they first looked at him – but when he played, you could see he had magic,” he said.

“He played perhaps two games for Felinfoel when I was captain and then he was straight off to the Scarlets. He was that good and it was that obvious.

“In the youth team, you often get players who are big headed but Phil was always so cool and focused on only getting better.

“He is the same now. He has been president for the best part of 20 years and it is marvellous how he has stayed in with the club.

Phil Bennett leads out The British & Irish Lions against New Zealand in 1977.

“He was fitness coach too and used to love taking the boys off to the sand dunes. The players always gave Phil their best.

“He very rarely misses a game even now. No matter where you go and talk about Phil Bennett, people know who he is. To us, he is just one of the boys.”

For a club based in a small village of just 2,000 people on the outskirts of Llanelli, Felinfoel have punched well above their weight throughout their 141-year history.

League success has been hard to come by but their record in the West Wales Cup is one to be admired.

Their first attempt, in 1935-36, ended with defeat in the final but 12 years later they lifted the trophy for the first time. Since then, five more have followed.

Fouracre, a former first-team coach and club chairman, was part of the team which won in 1973-74.

The success was celebrated by the whole village and goes to show just how important rugby is throughout the country.

“In Wales, rugby is like a religion. When I left school, the first thing I did was join a rugby club – that was the done thing,” Fouracre said.

“The club has played a big part in my life. I played in school and as soon as I left it was time to find a club. My father, Harry, played for Felinfoel and he told me ‘get your butt down there’.

“We had no car then and we walked down together. It just took off. Fathers have always encouraged their sons to get involved. Felinfoel is a family club, Phil's sons both played for us too.

“It has always been one of the top clubs in Llanelli and it is a hot-bed of rugby down here.  We are doing very well, considering we were once in the fifth division not so long ago.

“We are 141 years old now and we have had some great times. When I played, winning the West Wales Cup was in 1973-74 was amazing. We had been so close for so long and then to finally get over the line was very special.

“We have all done well. Rugby is just a big part of Wales and Welsh culture and Felinfoel has always had a good name. We are all very proud of what we have achieved.”