With no RBS 6 Nations this weekend there are opportunities aplenty for players to return to their clubs and prove their form and fitness to their national coaches. [more] 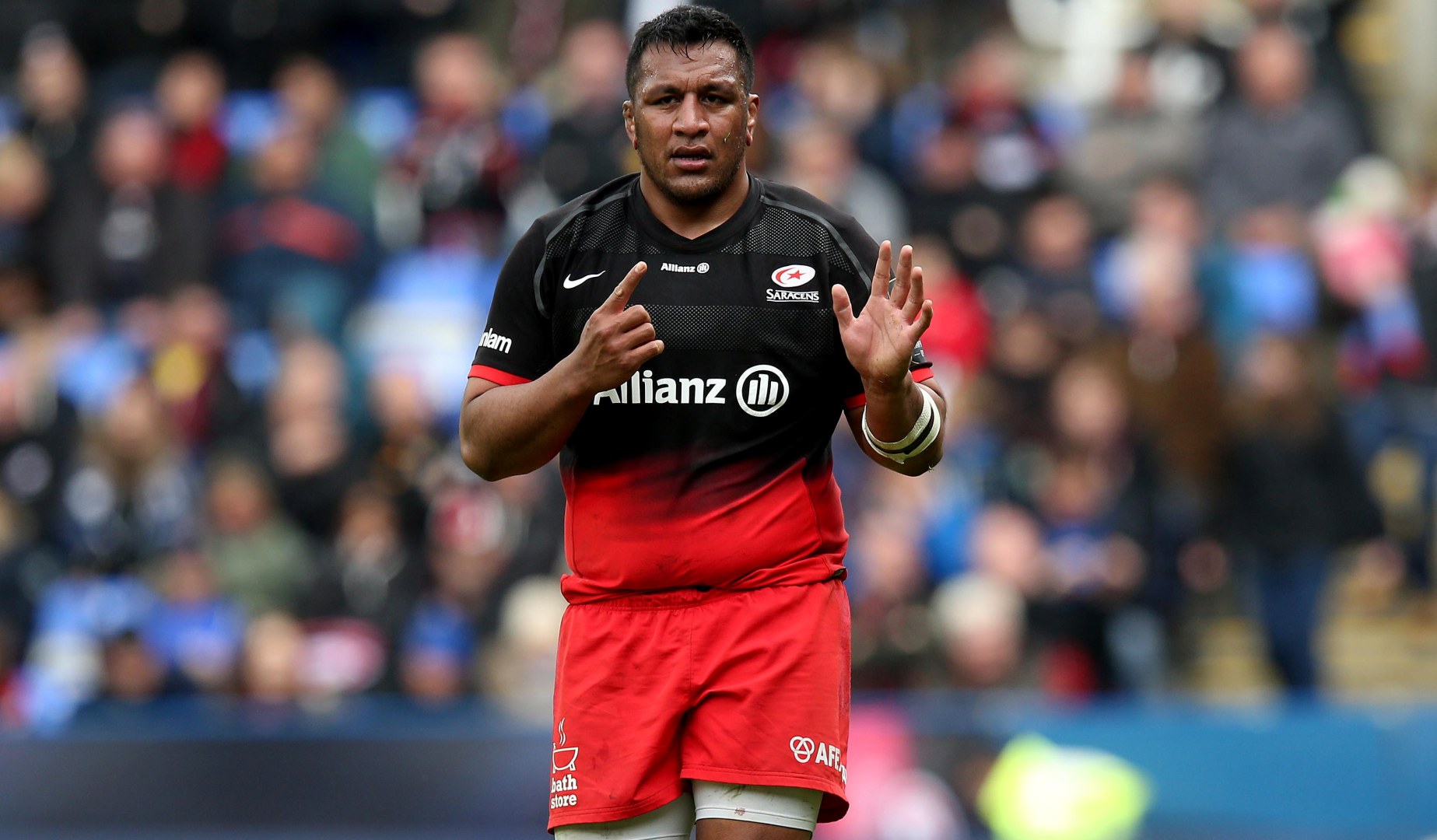 With no RBS 6 Nations this weekend there are opportunities aplenty for players to return to their clubs and prove their form and fitness to their national coaches.

2013 British & Irish Lion Mako Vunipola returns from his knee injury to start for Saracens against Gloucester in the Aviva Premiership after nine weeks out.

The prop, who started one of the three Lions Tests in Australia, will be looking to prove his fitness to England head coach Eddie Jones ahead of the three remaining RBS 6 Nations games.

Also in the Premiership, Bath Rugby welcome 2013 Lion Taulupe Faletau back from Wales duty and he’s straight into their starting XV for their match against Harlequins.

Faletau was used as a replacement by Rob Howley against England last weekend and will continue to build his fitness when he starts at No 8 at The Rec on Saturday afternoon.

His Bath team-mates Jonathan Joseph, George Ford and Anthony Watson, are all rested by England though Semesa Rokoduguni gets another chance to show Jones what he can do on the wing.

Rokoduguni will be up against Harlequins’ Marland Yarde who is in England’s RBS 6 Nations squad but is yet to make an appearance for Jones’ side.

Elsewhere in the Aviva Premiership, Henry Slade starts for Exeter Chiefs who travel to Worcester Warriors, Teimana Harrison is at No  8 for Northampton Saints for their trip to Newcastle Falcons and Wales’ Owen Williams starts at fly-half for Leicester Tigers against Bristol.

It’s first versus second at the top of the Guinness PRO12 as leaders Munster travel to the Liberty Stadium to face Ospreys, who have Wales fly-half Sam Davies starting.

Davies has been pushing Dan Biggar hard for a spot in the Wales starting XV and will face few sterner tests whilst with the Ospreys than taking on an in-form Munster set-up.

There will also be lots of eyes on young winger Keelan Giles who starts on the wing for Ospreys on his return from injury.

Head coach Steve Tandy said: “This is the kind of game that you get excited about, top of the table, on a Saturday afternoon, and with the way the two teams are playing you’d expect that to be reflected in the stadium with a passionate crowd getting behind the team.

“We’ve got some boys coming back in, from injury and from the Wales squad, we’ve got to get them back into our way of working, then we have to front up for 80 minutes against a very good team.”

Keatley and Ryan came off the bench against Italy in Rome last week, while Holland has yet to feature for Joe Schmidt’s side in either of their two Championship fixtures to date.

CARBERY IS BACK FOR LEINSTER

Leinster have the opportunity to go top of the Guinness PRO12, albeit briefly, when they take on Edinburgh on Friday night with Joey Carbery starting.

Carbery had been out since suffering an ankle injury in the third round of the European Champions Cup and lines up alongside Ireland scrum-half Luke McGrath for a first start, having come off the bench a week ago in Treviso.

The returning fly-half will go head-to-head with Scotland No 10 Duncan Weir who has made two substitute appearances for Scotland so far in the RBS 6 Nations.

INTERNATIONALS BACK IN ACTION

Also in the Guinness PRO12, Craig Gilroy, Luke Marshall and Tommy Bowe return from international duty with Ireland and all three start in the Ulster backline to face Glasgow Warriors.

Rio 2016 silver medallist Mark Bennett starts at outside centre for the Warriors as they look to move back into the Guinness PRO12 top four at the expense of Scarlets.

“We will require everyone in our squad to play with huge commitment, effort and belief as we look to bounce back from last week’s disappointing result.”

Alex Cuthbert, who was brought in to replace the injured George North against England, is given the chance to demonstrate his form on the wing for Cardiff Blues against Benetton Treviso.