Scotland skipper John Barclay was full of praise for his side's attacking talent in the back line as they came from behind to claim an emphatic RBS 6 Nations win over Wales on Saturday. [more] 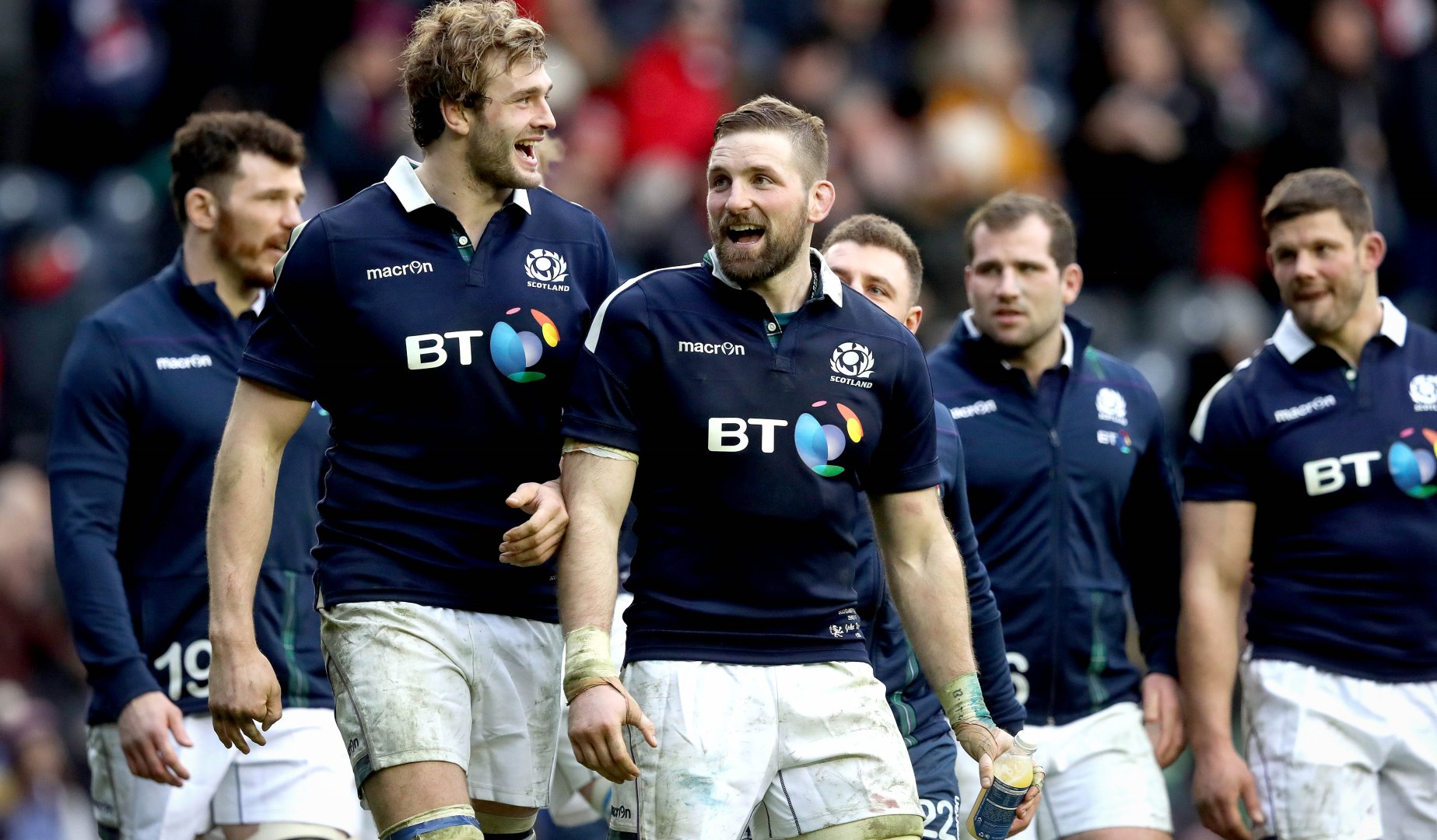 Scotland skipper John Barclay was full of praise for his side’s attacking talent in the back line as they came from behind to claim an emphatic RBS 6 Nations win over Wales on Saturday.

The deadly finishing of Tommy Seymour and Tim Visser proved the difference in the Scottish capital as the hosts claimed a first win against Wales in a decade.

With British & Irish Lions Head Coach Warren Gatland watching on, Stuart Hogg impressed at full-back while Finn Russell was unerring from the kicking tee in the absence of the injured Greig Laidlaw.

Scotland have now downed both Ireland and Wales in this year’s Championship and Barclay – who was tireless in the back row for the home side – admits his side always feel they have a chance with their firepower out wide.

“We just tightened things up a bit in the second half, we were making too many mistakes and giving away too many penalties in the first half,” he said.

“We tightened the tackle area up. We have a set of backs that can mix it with anyone and we gave them good ball in the second half.


“We started the Championship really well at home against Ireland, we were quite disappointed in France. We believe we can do something with this group and we are not just saying that. We have come here today and recovered from a poor first half to build a nice score and beat a very good Welsh side.”

Next up for Scotland is a trip to Twickenham to take on defending champions England – who lifted the Grand Slam back in 2016.

Scotland have not won there since 1983 but Barclay is confident that this group have what it takes to claim a first Triple Crown since 1990.

“As a group, if we work hard, we genuinely believe we can win games. We will have a look at them, if we play well we can. If we play like we did in the first half or against France we will have no chance.”

Meanwhile Wales skipper Alun Wyn Jones was left to reflect on a second successive defeat in this year's Championship.

“But credit to Scotland, they took their opportunities and we didn’t keep possession in the second half. They capitalised on the possession they had.”