LionsWatch: Murray knows there is more to come from Sexton

Conor Murray has warned the rest of the 2017 RBS 6 Nations that the returning Jonathan Sexton will only get better after the half-back pairing inspired Ireland past France. [more] 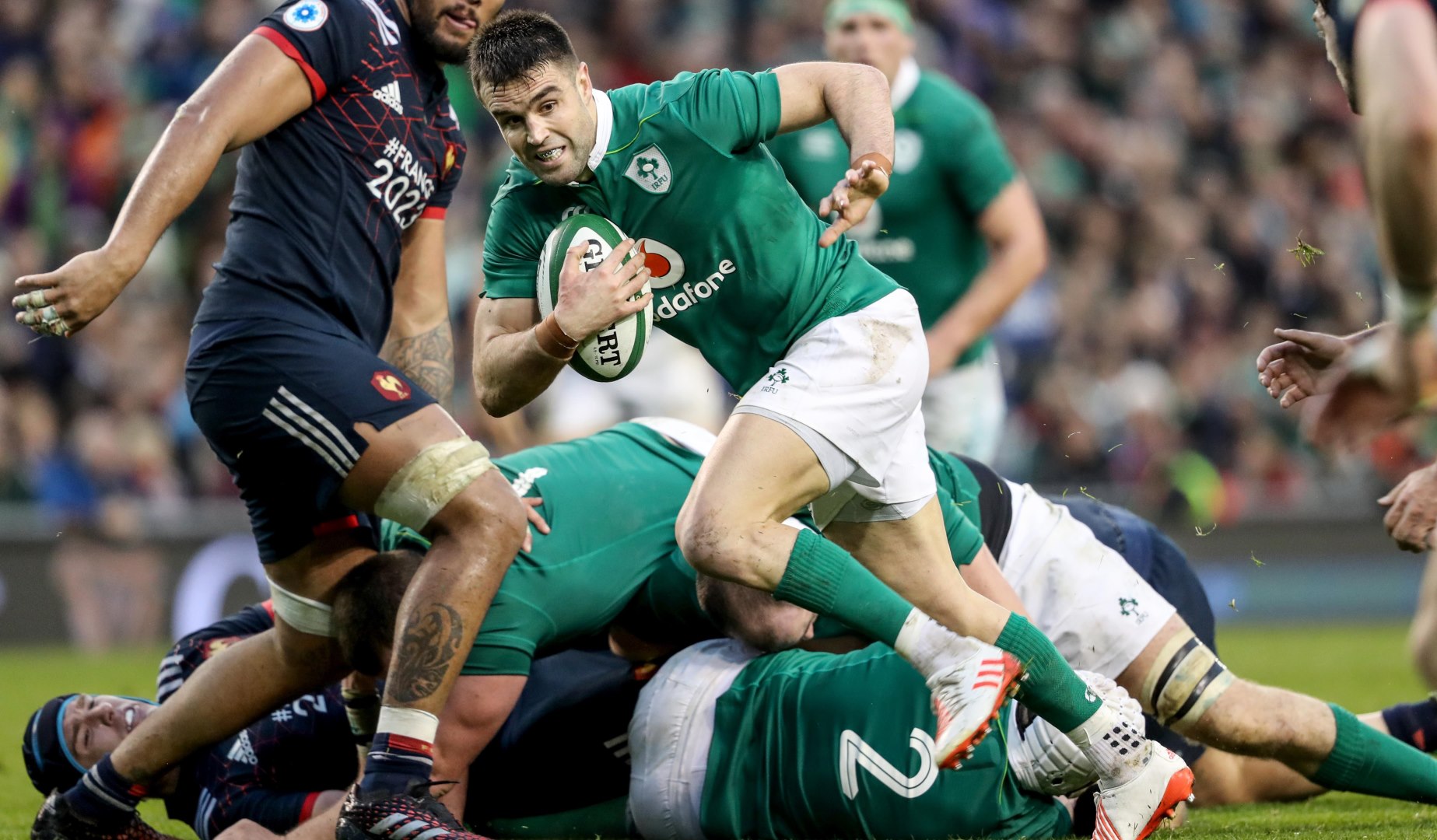 Conor Murray has warned the rest of the 2017 RBS 6 Nations that the returning Jonathan Sexton will only get better after the half-back pairing inspired Ireland past France.

Murray scored the only try of the match and made off with the man-of-the-match award but it was his fly-half and fellow British & Irish Lion Jonathan Sexton that caught the eye.

On his first game back from a calf injury, the No 10 amassed 11 points in total including a sublime second-half drop goal, made more metres than any other Irishman and managed ten tackles in a complete showing.

Ireland are now firmly back in the hunt for the 2017 RBS 6 Nations crown after their opening round loss to Scotland but face tricky clashes with Wales and England in rounds four and five.

But Murray likes what he has seen from his side in wins over Italy and now France, and in particular from Sexton on Saturday in Dublin.


“Johnny has been in camp with us all through the campaign so far and he slotted in really well,” said Murray.

“That 70 minutes will stand him in good stead for the next few weeks which is going to be really tough against the Welsh and English.

“The forwards laid the platform, the conditions were really tough so we needed good field position and we managed to get that at times. To get in those positions and not convert is a little bit frustrating but a win against the French is always a good one.”

But Ireland slowly turned the screw either side of half-time and it was Sexton and Murray pulling the strings.

With a Lions Tour to New Zealand later this year, the half-back duo appear to be back to their best and a strong finish to the Championship will keep them in contention.

"We started slow enough, we had a few chances on their line and didn't manage to convert. And with the weather the way it was it was always going to be difficult,” he added.

“I think we stuck in the fight, to beat France 19-9 at home is great but to have missed a few opportunities is frustrating but it is another win and we are still in the hunt for this Championship.

“That was important at the start of the week. A win and nothing less would do for us. We have managed to do that so we have a week off now to look at Wales and we are still in the fight.”