Jonathan Sexton made a match-winning return as Ireland kept their 2017 RBS 6 Nations title hopes alive with a hard-fought win over France in Dublin. [more] 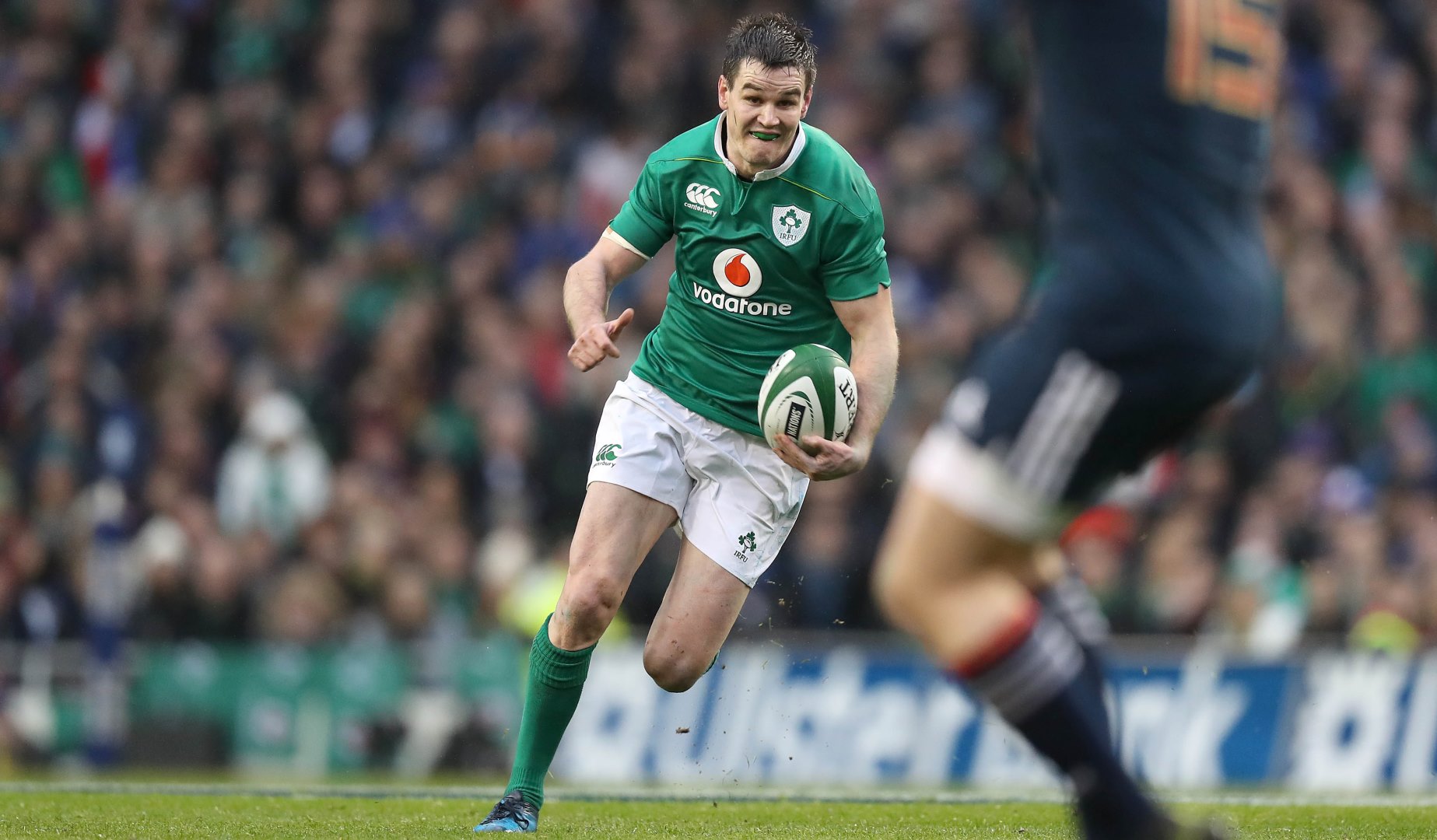 Jonathan Sexton made a match-winning return as Ireland kept their 2017 RBS 6 Nations title hopes alive with a hard-fought win over France in Dublin.

Conor Murray crossed for the game’s only try in the first half and the return of Sexton will have certainly caught the eye of British & Irish Lions Head Coach Warren Gatland.

Ireland are now on a national record of ten home games in this Championship without defeat and beat France in consecutive home games for the first time in 14 years.

And after their record-breaking win over Italy in round two, Joe Schmidt’s men are firmly back in contention for the title with England still to come to Dublin in the final round.

Injuries have hindered Sexton’s campaign – a calf injury ruled him out of the first two rounds of the Championship.

But he returned in fine style on Saturday at a wet Aviva Stadium showing his full set of skills in a complete fly-half performance.

The fly-half made a storming first-half line break that led to their only try of the game while also kicking 11 points including a dramatic drop goal in the second half.

The No 10 started all three Tests for the Lions in 2013 in Australia and will be targeting a place on the Tour to New Zealand later this year.

Finn Russell’s man of the match showing for Scotland earlier today in their win over Wales laid down the gauntlet and Sexton rose to the challenge.

Overall he finished with 11 points, ten carries for 67m – more than any other Irish player – with one clean break and two defenders beaten. He also managed ten tackles on the defensive end before ceding to Paddy Jackson for the final 12 minutes.

Two Camille Lopez penalties had put France into an early 6-0 lead as they dominated the opening proceedings at the Aviva Stadium.

But with Sexton growing in influence it was his half-back partner – and fellow Test Lion in 2013 – Murray that profited with what ended up being the only try of the game.

Robbie Henshaw cut a hard line from a five-metre scrum but was felled just short, however Murray bullied his way over from the subsequent breakdown – showing fine upper body strength to ground the ball.

That try was not the only part of Murray’s game that caught the eye, indeed the Munster No 9 ended with 46m and a clean break on attack – as well as a perfect kick to the corner in the second half that had the Aviva crowd on their feet.

Throw in his seven tackles and it was Murray who made off with with the man of the match champagne at the end of the game.

The centre pairing of Henshaw and Garry Ringrose continues to impress for club and country and Gatland will certainly have paid attention.

The Leinster duo got through a mountain of work for Ireland on Saturday even if they did not make the searing line breaks that we saw in Rome in round two.

Weather conditions made that nearly impossible but Ringrose still managed 17 carries with a line break while Henshaw made 11 carries of his own as well as nine tackles.

With the news that Jared Payne’s return from fitness is ahead of schedule – he was on the Ulster bench this weekend – Ireland’s competition in midfield looks very deep indeed.

The back row of CJ Stander, Sean O’Brien and Jamie Heaslip has now started all three rounds of this year’s Championship together.

And their tireless efforts continue to catch the eye on the stat sheets.

Stander has made the most carries in this year’s Championship from any country and he was at it again on Saturday with 23 carries into the heart of the French defence.

Just behind him was No 8 Heaslip who made 16 carries while the duo made 11 tackles each – more than any other Irish player.

On top of that O’Brien made 13 carries and beat three defenders and managed seven tackles as the trio kept the French forward pack guessing.

It was not just the starting XV that made the difference for Ireland on Saturday evening, their bench also came on to good effect.

Jackson slotted a late penalty in place of Sexton to keep Les Bleus at arm's length while 2013 Lion Cian Healy also caught the eye in the loose.

.@andrew_trimble comes on to the field to win his 70th cap. Congratulations Andrew! #ShoulderToShoulder pic.twitter.com/9MfhMQvQP9


Replacement Iain Henderson fronted up in defence with four tackles while Healy managed five and with Andrew Trimble providing back three cover when Rob Kearney went off – the strength in depth in Ireland is impressive.