Tim Visser and Tommy Seymour both crossed for second-half tries as Scotland came from behind to claim their first win in a decade against Wales. [more] 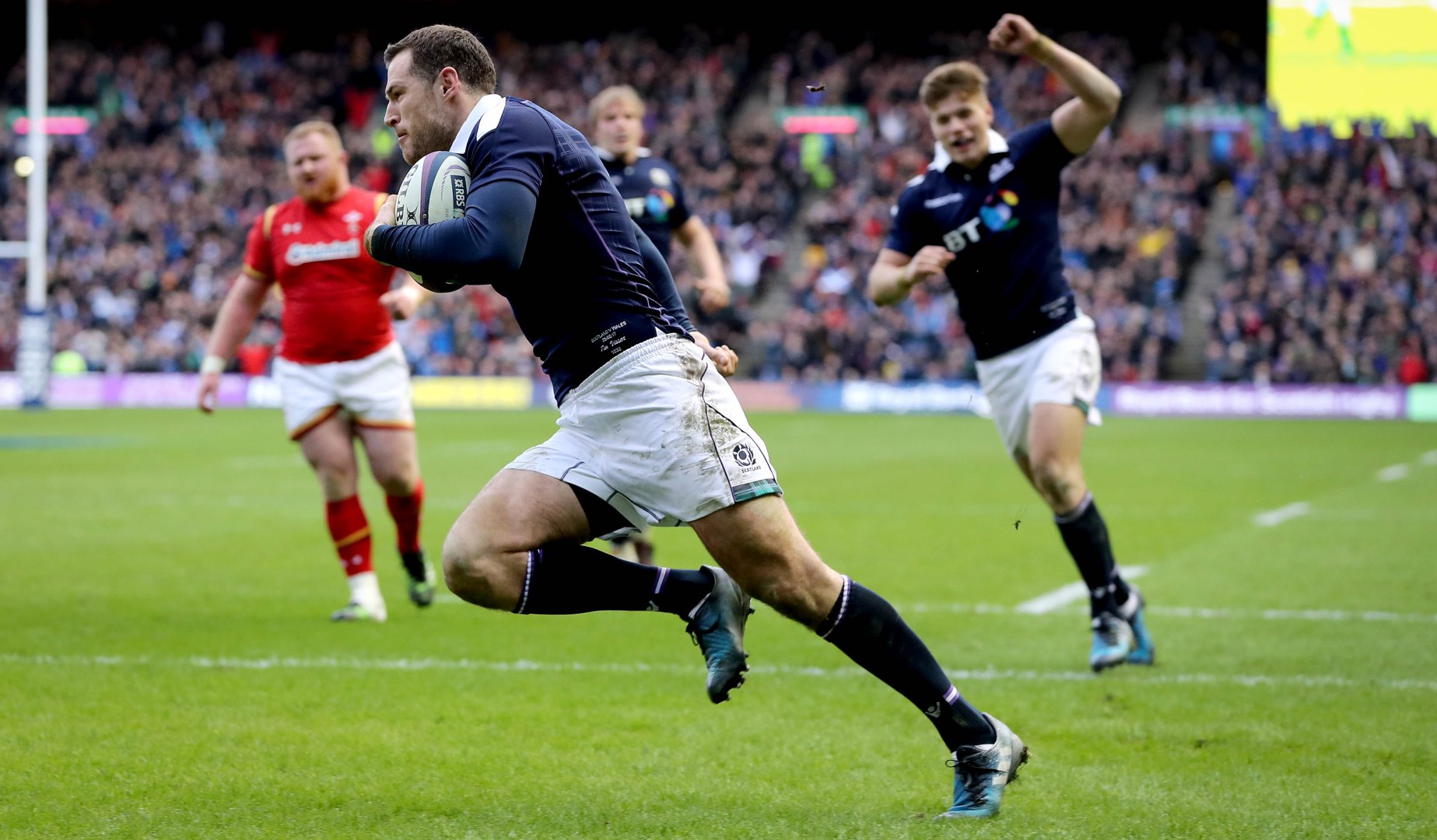 Tim Visser and Tommy Seymour both crossed for second-half tries as Scotland came from behind to claim their first win in a decade against Wales.

Under the watchful eye of British & Irish Lions Head Coach Warren Gatland, it was the clinical finishing in the Scotland back three that proved the difference between the two sides.

Victory for the hosts – who also had Finn Russell in unerring form from the kicking tee – keeps them firmly in contention for the 2017 RBS 6 Nations Championship.

Wales will welcome Ireland in round four hoping to turn the tide after slipping to hard-fought defeats to both England and Scotland in their last two games.

Liam Williams went over to reward an impressive Wales first-half showing to take his tally to four from his last four RBS 6 Nations outings.

Leigh Halfpenny, save for one misfire just before half time from the tee, was dependable as ever also for Wales.

But in the second half it was the magic of Stuart Hogg, Tommy Seymour and Tim Visser in the Scottish back three that made the difference.

Lions Head Coach Warren Gatland watches as @Scotlandteam take on @WelshRugbyUnion. Who do you think he should keep his eyes on? #LionsWatch pic.twitter.com/a5tBqPWHDi


Hogg had served notice of his intentions in the first half with a delightful break and grubber that freed Seymour and shortly after the break the full-back was at it again.

The 2013 Lion – who is hoping for a place on the plane to New Zealand later this year – delayed his pass to free Visser and the latter then put in Seymour who produced a stunning finish in the right corner.

And the Scottish back three were not done there, as they put the icing on a famous victory in the Scottish capital late on when the ball was spread left and Hogg produced a delightful touch pass to put Visser over in the left corner.

Overall Visser made 43m with ball in hand, beat three defenders and made three clean breaks while Seymour – the top try scorer in the Guinness PRO12 – and Hogg beat two defenders apiece.

Visser’s defensive effort should not be overlooked either, the winger made a try-saving cover tackle on Rhys Webb in the second half that was absolutely pivotal.

The Scotland back three caught the eye but they were superbly marshalled by their fly-half – and man of the match on Saturday – Finn Russell.

Much of the talk in the build-up to the game had focused on the absence of Greig Laidlaw and how much his goalkicking and control made the difference for the Scots.

But Russell has been in sublime form for Glasgow Warriors and he brought that the international arena this weekend.

The No 10 – who needed a big performance on the weekend that sees Jonathan Sexton return to fitness – was a perfect seven from seven from the tee for Scotland and in the end that proved decisive.

His distribution standing flat remained impeccable as well as Scotland proved far more ruthless with the chances presented to them.

In the absence of Laidlaw, Ali Price was given the start for Scotland and impressed with his sniping ball carrying – one clean break in the second half one of the keys to their dominant showing after the interval.

His battle with Rhys Webb made for compelling viewing and the Welshman was at the heart of everything they did well.

His quick tap released the Welsh backline for Liam Williams to go over in the left corner in the first half and his solo effort when the otherwise solid Scottish scrum misfired in the second half was only denied in the corner by a fine Visser tackle.

Webb stayed on for the full 80 minutes for Wales as Rob Howley's men battled to find a way back into the game in the final quarter but to no avail.

But his stats make for great reading, the scrum-half finished with 73m made, three defenders beaten and two clean breaks to serve Gatland a timely reminder of his abilities.

In the first half the Welsh back row of Ross Moriarty, Sam Warburton and Justin Tipuric looked to be holding sway.

The trio finished with 41 tackles between them and a number of key turnovers – including one outstanding Tipuric effort at the end of the first half when Huw Jones threatened.

But Scotland won the second half 20-0 and much of that was down to their improved efforts at the breakdown.

Hamish Watson was an inspiration once again – this time off the bench after John Hardie went off with a leg injury – and Scotland gradually turned the tide.

Skipper John Barclay made 11 carries and ten tackles for the hosts while Ryan Wilson always put his hand up for work with 17 massive carries in a famous victory.

With British & Irish Lions like Jamie Roberts and Taulupe Faletau to come off the bench for Wales, Scotland were always going to have to stay strong.

But the likes of Ross Ford – who coming into the clash was the only Scotsman in the 23 who had beaten Wales before – did a fine job.

Henry Pyrgos came off the bench and marshalled the Scottish troops through the final stages while Allan Dell showed up well in the loose and solidified a Scottish scrum that looked to be creaking.