Super Rugby is back and with The British & Irish Lions on Tour in New Zealand later this year we are keeping an eye on the five Kiwi franchises in action. [more] 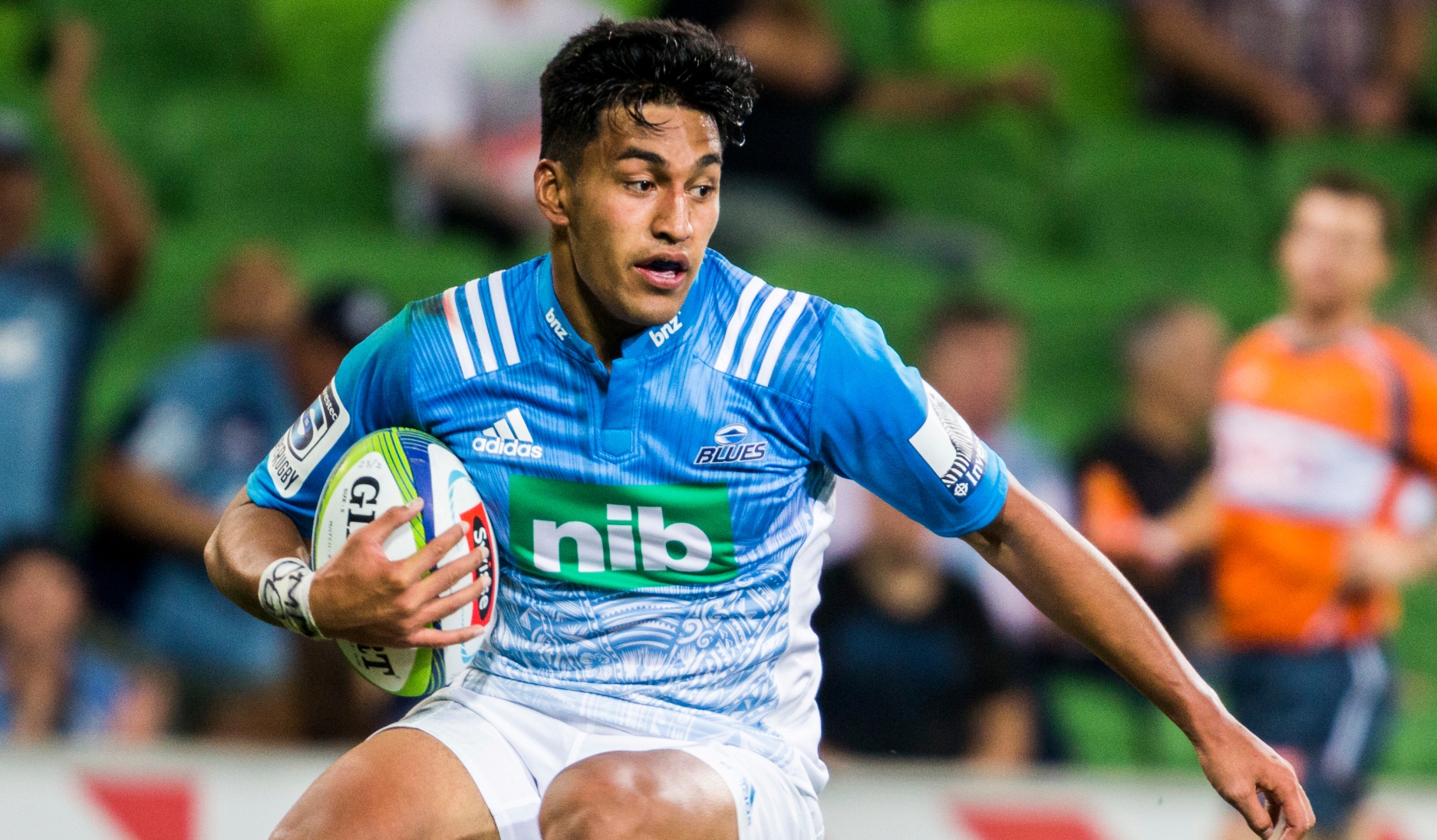 Super Rugby is back and with The British & Irish Lions on Tour in New Zealand later this year we are keeping an eye on the five Kiwi franchises in action.

Warren Gatland's tourists will take on all five sides during their six-week ten match Tour as well as three Tests against the All Blacks.

And after a long pre-season, they all made their return this weekend as Super Rugby came roaring back.

RIEKO TO THE RESCUE

First in action from the Kiwi franchises were the Blues – who will host the Lions in Auckland on the second game of the Tour at the start of June.

After missing out on the play-offs last year they were desperate to make a fast start this year under head coach Tana Umaga and Rieko Ioane provided it.

Still only 19 and already an Olympian and an All Black, the youngster was irresistible against the Melbourne Rebels in what proved to be a comfortable 56-18 victory.

After being capped by Steve Hansen in the autumn, the Auckland youngster has returned in fine form for the Blues and the Lions will need to take notice.

Either in All Blacks or Blues colours, Ioane and his brother No 8 Akira take some stopping and should be in action against the Lions later this year.

Champions in 2015, the Highlanders made a disappointing start to this season as they slipped to defeat to the Chiefs.

The Dunedin-based franchise made a number of costly errors, indeed James Lowe picked off passes from All Blacks Aaron Smith and Waisake Naholo to run in two interception scores at the Forsyth Barr Stadium.

The Lions will be visitors to the stadium on June 13 for their Tour match and the Highlanders will be hoping to have improved before then.

They lost Ben Smith – who recently re-signed with the All Blacks through to 2020 – to a head injury.

One bright spot was the form of All Black fly-half Lima Sopoaga who kicked five penalties from the tee in the 24-15 defeat.

Injury meant the All Blacks had to spend part of the autumn without totemic second row Brodie Retallick but he looks to be back to his best.

The Chiefs lock was at the heart of everything they did well as they snapped a six-game losing streak to their Kiwi rivals.

The Waikato-based side also welcomed back Liam Messam and scored a superb score from a lineout move from All Black hooker Hika Elliott.

With Aaron Cruden and Damian McKenzie pulling the strings in Dave Rennie's last year before he comes north to take over the Glasgow Warriors, the two-time champions look like they mean business.

SETA'S SET UP ON WING

The Crusaders had to fight hard to grind out a narrow win over the Brumbies this weekend to kick off the Scott Robertson era with a victory.

The pack – stacked as it is with All Blacks – did not have it all their own way against the Canberra-based side.

But out wide they did have some joy and the chief beneficiary was Seta Tamanivalu.

The former Chief joined the Christchurch-based side this season on the back of an impressive campaign that saw him earn his first All Black selection in the centres.

But rather than partner him with Ryan Crotty, Robertson looks set to use him out wide and he crossed for his first try for his new side just three minutes into their important win over Stephen Larkham's side.

CANES OFF TO A FLYER

Beauden Barrett and Dane Coles were left on the bench for the reigning champions the Hurricanes but it mattered little as they kicked off the defence of their crown in style in Japan.

Even without two of their All Blacks – they were far too strong for the Sunwolves and ran in 13 tries in Tokyo.

Otere Black ran the show impressively at fly-half while Beauden's younger brother Jordie is a name to look out for as he impressed at inside centre.

Ardie Savea and Vince Aso both crossed for doubles as well but there will be sterner tests to come for Chris Boyd's troops.