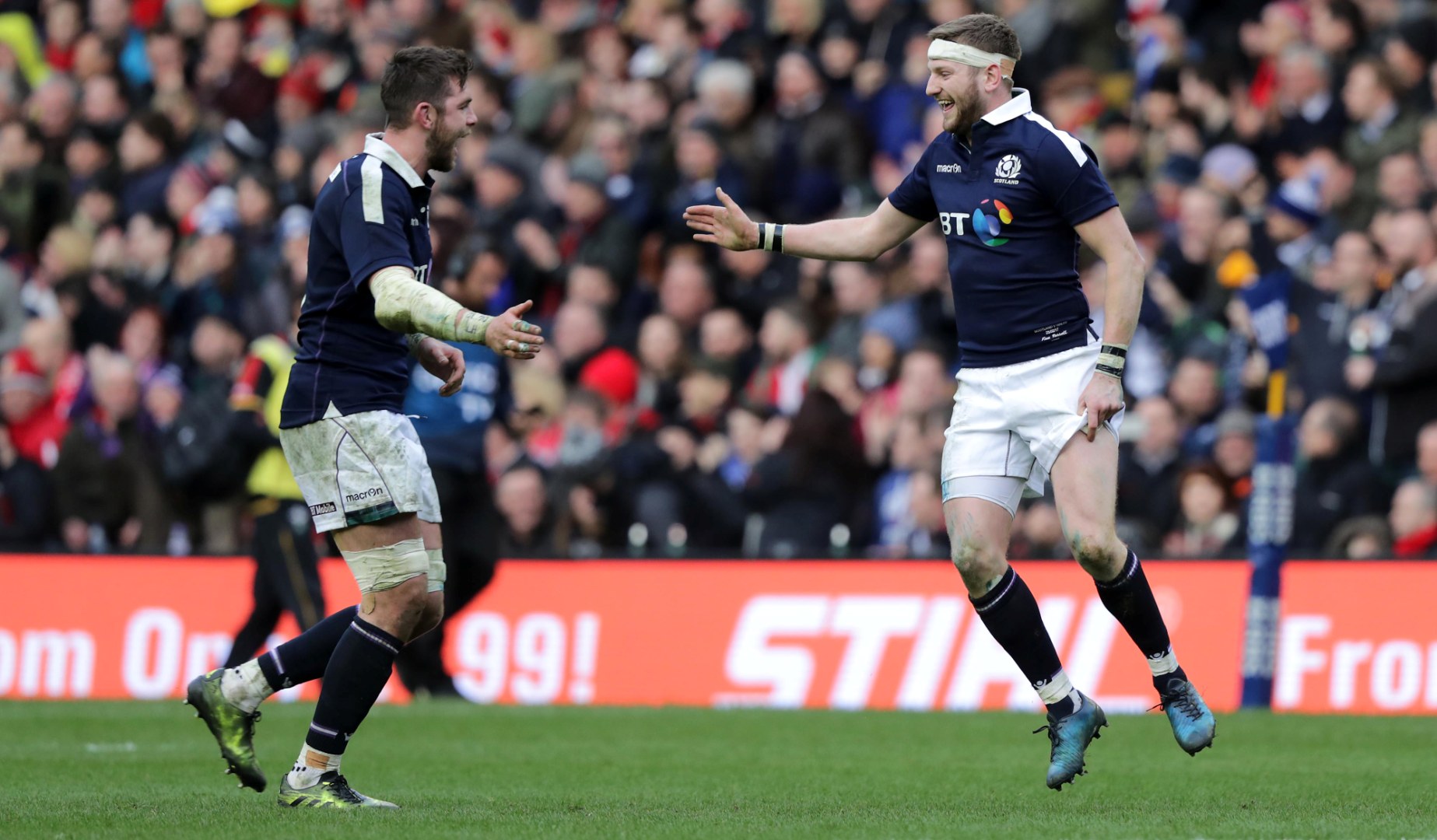 Finn Russell masterminded Scotland’s first win against Wales in a decade, England overcame an innovative Italy at Twickenham and Ireland outmuscled France in Dublin on another entertaining RBS 6 Nations weekend.

British & Irish Lions head coach Warren Gatland was in the stands in Edinburgh to watch a powerful first-half performance from Alun Wyn Jones before Stuart Hogg, Russell and Tommy Seymour shone as Scotland scored 20 unanswered points in a 29-13 victory.

In Dublin, Jonathan Sexton and Conor Murray looked as if they had never been apart, controlling the show as the Leinsterman scored 11 points in a 19-9 win over Les Bleus to take them second in the RBS 6 Nations table.

Italy arrived at Twickenham and employed an innovative approach, committing no numbers at the ruck and applying huge pressure to Danny Care before England powered through to a bonus point.

With sensational skill from Lion Hogg, tactical expertise from Sexton and powerful running from Ben Te’o, social media lit up.

What an outstanding @scotlandteam performance – heroes each and every one. Congratulations on a famous victory. #AsOne #OurDay


After creating a try with his deft flick, Lion Stuart Hogg was ecstatic:

Great to come away with the win yesterday against a tough Welsh side. Boys were outstanding. BT Murrayfield, you were amazing. @Scotlandteam

Great way to bounce back and get a win against at tough Welsh side yesterday. The support was amazing again! #asone pic.twitter.com/Z0mvMXfxJB


Two-time Lion Adam Jones was taken aback by the performance of Hamish Watson:


Niall reckons Conor Murray is heading in the right direction:

. @ConorMurray_9 was absolutely phenomenal today . He's in a different league to most 9's on the planet !

Smart option with advantage being played and a lovely strike from Johnny Sexton. Plenty of legs on it. pic.twitter.com/lKfmT1GsgV

Numbers add up for Murray and Sexton:

6 – No scrum half has scored more Test tries than @IrishRugby's @ConorMurray_9 since the beginning of 2016 (6). Sniping.

3 – That was just the third drop goal Johnny Sexton has slotted for @IrishRugby and the first since 2011. Unfamiliar.


Mike Brown’s RBS 6 Nations record is quite something:

Well that @EnglandRugby game sets up a beauty against Scotland.

Fanscinating game of rugby. Another win for England and job done, but credit a spirited enterprising thoughtful approach from Italy too ?