Jared Payne scored a try on his first Ulster start since returning from injury as they downed Benetton Treviso to keep their Guinness PRO12 top-four hopes alive. [more] 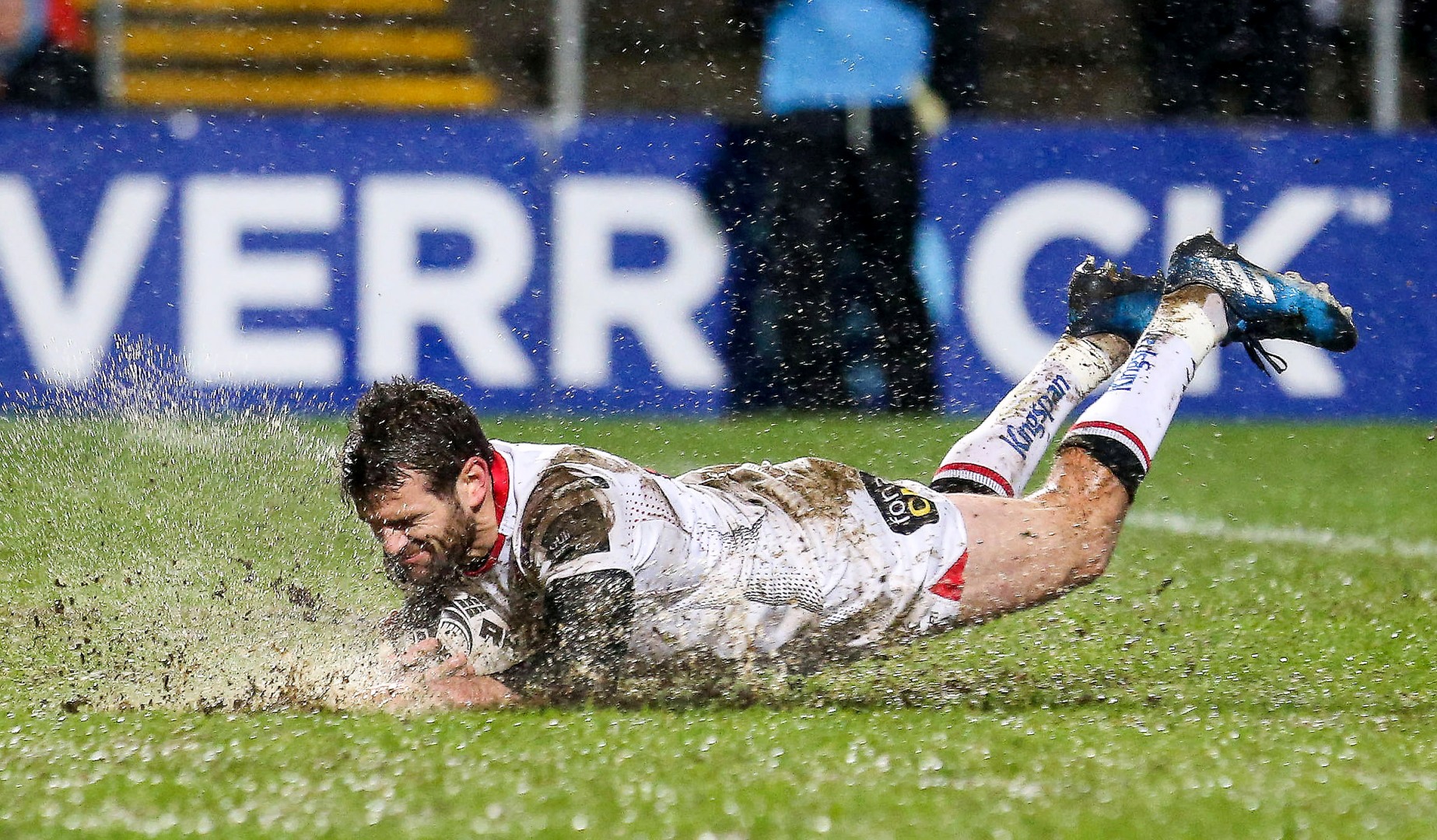 Jared Payne scored a try on his first Ulster start since returning from injury as they downed Benetton Treviso to keep their Guinness PRO12 top-four hopes alive.

Payne suffered a kidney injury in the autumn with Ireland but returned from the bench last weekend for his province.

And having been called up by Joe Schmidt for Ireland’s final two games of the RBS 6 Nations, Payne celebrated his return with a try and a fine all-round showing in pouring rain at the Kingspan Stadium.

Breaking the Ireland centre pairing of Robbie Henshaw and Garry Ringrose will take some doing but Payne’s versatility means that he can also play at full-back.

And the with a British & Irish Lions Tour to New Zealand coming up later this year, Head Coach Warren Gatland will be delighted to see the Kiwi-born Payne back to his best form.


Elsewhere on a wet and windy night of action, Sam Davies returned from international duty to lead the Ospreys to victory in Edinburgh.

The fly-half, who has been used twice off the bench in Wales’ first two RBS 6 Nations games, created the only try of the match for Josh Matavesi with a delicious show and go and also notched eight points from the kicking tee.

Meanwhile in the Aviva Premiership Henry Slade returned to fly-half for the in-form Exeter Chiefs as they downed Leicester Tigers at Welford Road.

Slade notched 14 points from the tee as the Chiefs made it ten games unbeaten in the league to climb to within a point of table toppers Wasps.