Legends gather for ‘Leading The Lions’ Dinner in Dublin

The second of four 'Leading The Lions' dinners saw a packed house treated to a special night of entertainment and fundraising in aid of Temple Street Children's Hospital in Dublin. [more] 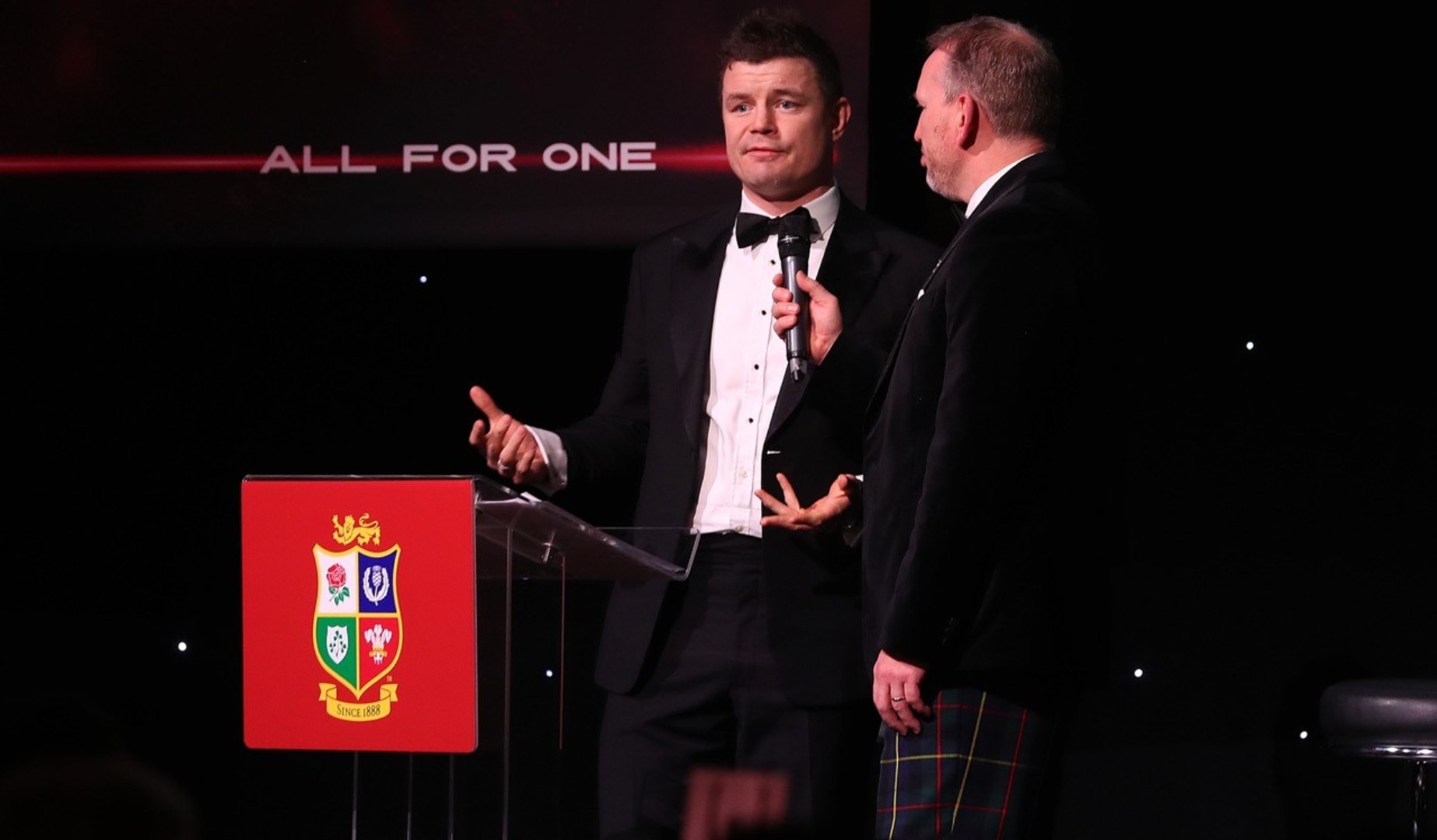 The second of four ‘Leading The Lions’ dinners saw a packed house treated to a special night of entertainment and fundraising in aid of Temple Street Children’s Hospital in Dublin.

With the Tour to New Zealand now less than three months away, a dozen legendary Lions were among the guests at the second of four 'Leading The Lions' dinners at the Mansion House in Dublin on Friday evening.

The dinner raised funds for Temple Street Children’s Hospital in Dublin, one of four Official Charity Partners of the The Tour to New Zealand. A similar event in Cardiff previously took place in aid of Velindre while two more events are planned for Edinburgh on 27 April and London on 11 May next up.

One-of-a-kind Lions memorabilia was auctioned off and the guests were also treated to a series of on-stage interviews. Host and two-time Lion Andy Nicol first welcomed on stage McBride and Spencer – who both toured New Zealand in 1971, still the only team to win a series against the All Blacks in a Test series.

Next up were Gatland and O’Driscoll, who talked through the historic 2013 series that saw the Lions claim a first series win in 16 years.

After a highly successful auction which saw the Dublin crowd enthusiastically bid up items including a pair of rugby boots signed by O'Driscoll and a signed framed photo of McBride, it was left to Scott Quinnell and Phil Vickery to close the show with some fantastic anecdotes about their times together on Tour with the Lions in Australia in 2001.

And afterwards, four-time Lion O’Driscoll called on others to get involved in the final two dinners of the series in Edinburgh and London.

“It was a brilliant night,” he said.

“It’s great that Temple Street Children’s Hospital are the benefactor of that tonight. We are raising great funds that are going to go a long way."

"Having been on a few of them, I look back on Lions Tours as without a doubt some of my fondest memories of my playing days.

“From being a 21-year-old to being a 33-year-old veteran on his last legs, you can’t underestimate how great it is to be on a Tour. The best players in Britain and Ireland – it is a really unique thing, it’s special."

With a huge fan army gearing up to support the team both at home and abroad, O'Driscoll's recommendation is to get on board and join the Tour.

"You need to travel and be a supporter on one if you can’t be a player, no-one has bad memories from them – they are fantastic.”