Ireland international Joey Carbery continued his impressive form at full-back for Leinster with a two-try showing in their win over Scarlets. [more] 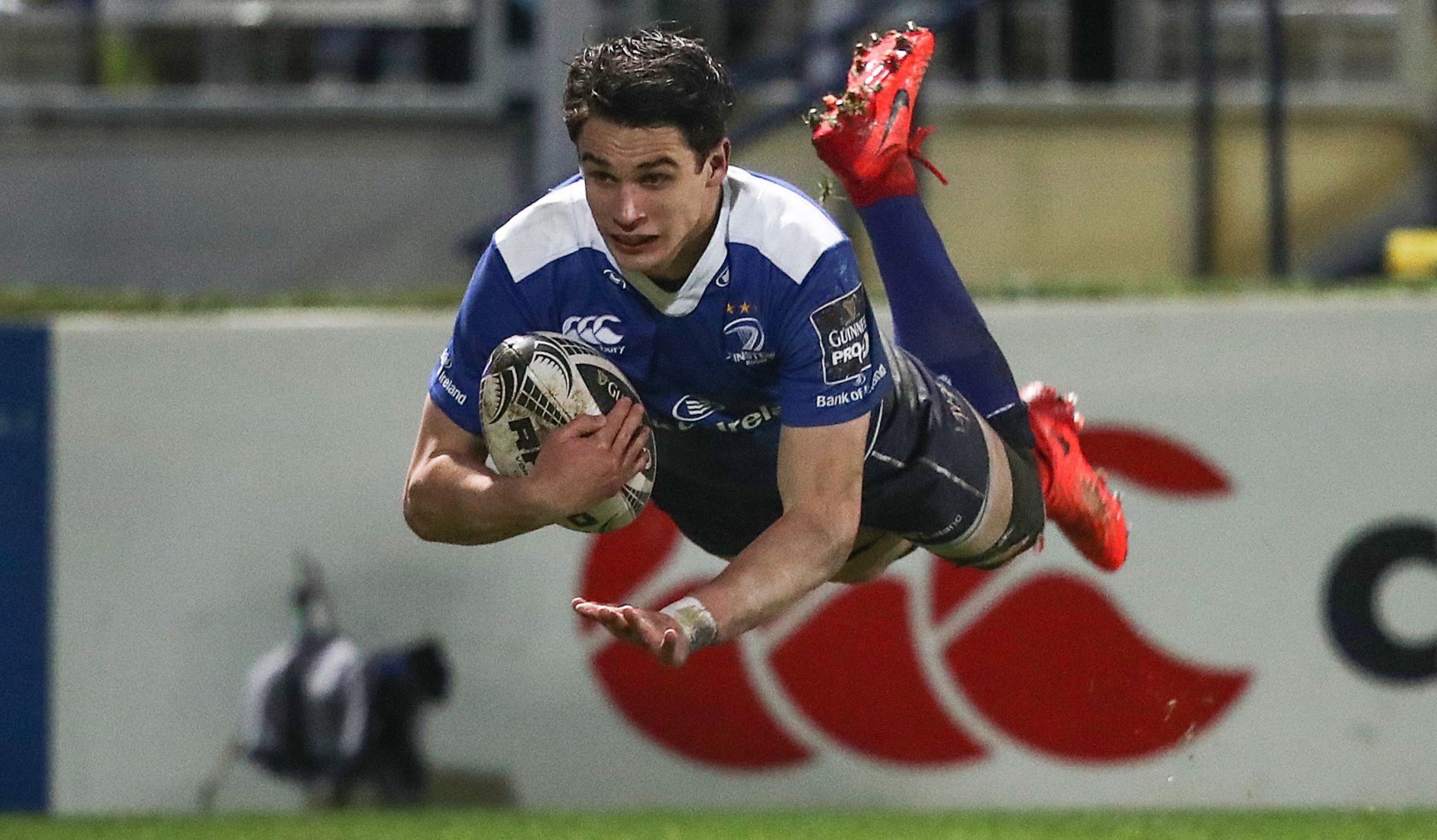 Ireland international Joey Carbery continued his impressive form at full-back for Leinster with a two-try showing in their win over Scarlets.

With attention back on domestic matters in the Guinness PRO12 in an RBS 6 Nations rest week – Leinster stayed top of the pile in the PRO12 with an impressive showing in the RDS.

Carbery has already downed both New Zealand and Australia in his young international career with Ireland and his return from injury with his club side has seen the playmaker catch the eye at full-back.

And that versatility could prove vital as British & Irish Lions Head Coach Warren Gatland weights up his selections before naming his playing squad on April 19 to head to New Zealand.

Normally a fly-half, Carbery has now scored six tries in his last five games – tying him with Tommy Seymour as the Guinness PRO12’ overall top try-scorer on eight – for the province since sliding into the No 15 jersey.

Scrum-half Luke McGrath – who also made his Ireland debut in the autumn – was also on form as he crossed twice for the boys in blue.


Back rows Jack Conan and Dan Leavy were their usual tireless selves, Leavy made 16 carries and Conan 15 and combining for 26 tackles on a comfortable night in Dublin for the table toppers.

Elsewhere Munster came from behind to down Cardiff Blues 23-12 and it was Rory Scannell who made the difference.

Having been with Ireland for the first three rounds of the Six Nations, the centre served notice of his talent with a 13-point haul that included a drop goal.

Ireland flanker Tommy O’Donnell also chipped in with 12 tackles as Munster got back to winning ways at the BT Sport Cardiff Arms Park.

And Olympic silver medallist Mark Bennett returned for Glasgow Warriors and scored a try as they downed Newport Gwent Dragons to keep their top-four hopes alive.

Bennett made 68 metres, beat five defenders and one clean break in the victory while fellow Scotland international Peter Horne notched 17 points in the victory.