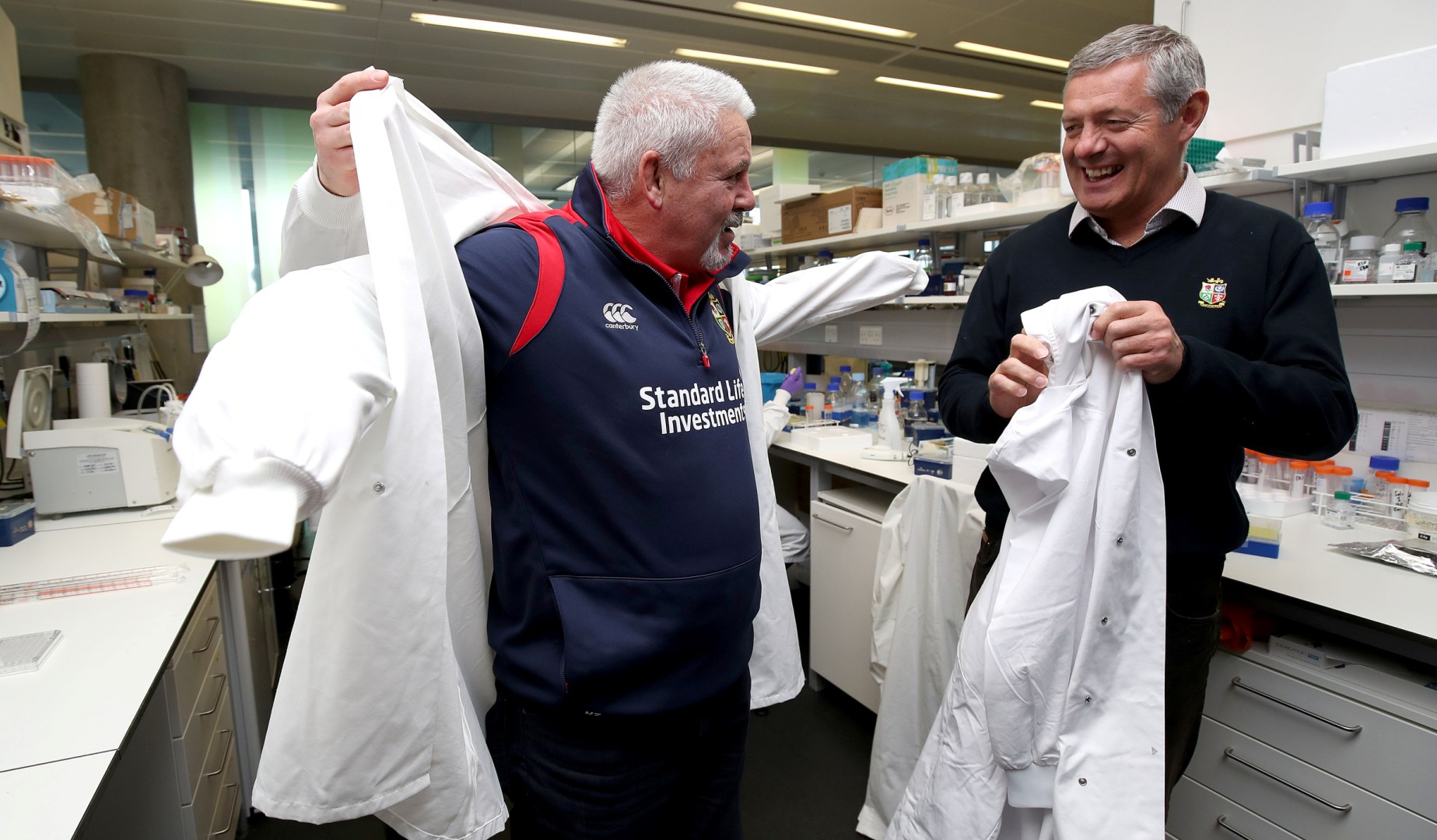 Warren Gatland donned a lab coat today to learn more about research into a ground-breaking treatment for Parkinson’s.

"It’s been really interesting to hear and see this pioneering work which will make a difference to people with Parkinson’s."

Warren Gatland donned a lab coat today to learn more about research into a ground-breaking treatment for Parkinson’s.

The British & Irish Lions Head Coach and Lions and Scotland captain Gavin Hastings were at the MRC Centre for Regenerative Medicine at the University of Edinburgh to learn where Dr Tilo Kunath conducts research on a novel cell therapy – work funded by The Cure Parkinson’s Trust (CPT).

A ‘Leading the Lions’ dinner at the Sheraton Grand Hotel in Edinburgh on April 27 will raise money for CPT and Gatland was impressed with today’s lookaround.

“It’s been really interesting to hear and see this pioneering work which will make a difference to people with Parkinson’s,” said Gatland. “For the Lions to be supporting The Cure Parkinson’s Trust, as we are doing with the other charities in the Home Nations is really valuable and we want as many people to support the dinner. It’s going to be a great evening. We will have selected the squad by then and it’s just a couple of weeks before we fly out so there will be lots to talk about!”

CPT, co-founded by Tom Isaacs, is the only charity in the UK solely dedicated to finding a cure for Parkinson’s. They fund innovative research and work with ‘can-do’ scientists to deliver treatments that for the first time have the potential to slow, stop or reverse the disease.

Isaacs said: “It was wonderful to have Warren and Gavin here today. Rugby is a game of momentum and it’s the same with this research. The more we get the name of CPT out there and raise awareness and funds the sooner that we can slow, stop or reverse Parkinson’s.”

1993 Lions captain Hastings, whose wife Diane was diagnosed with Parkinson’s in 2003, added: “This visit and the dinner will create a lot of awareness for The Cure Parkinson’s Trust. Tom runs a tight ship and they punch way above their weight so the Lions name will help hugely in letting people know about their valuable work.”