British & Irish Lions Stuart Hogg and Richie Gray will lead from the front as Scotland go in search of history against England on Saturday in the RBS 6 Nations. [more] 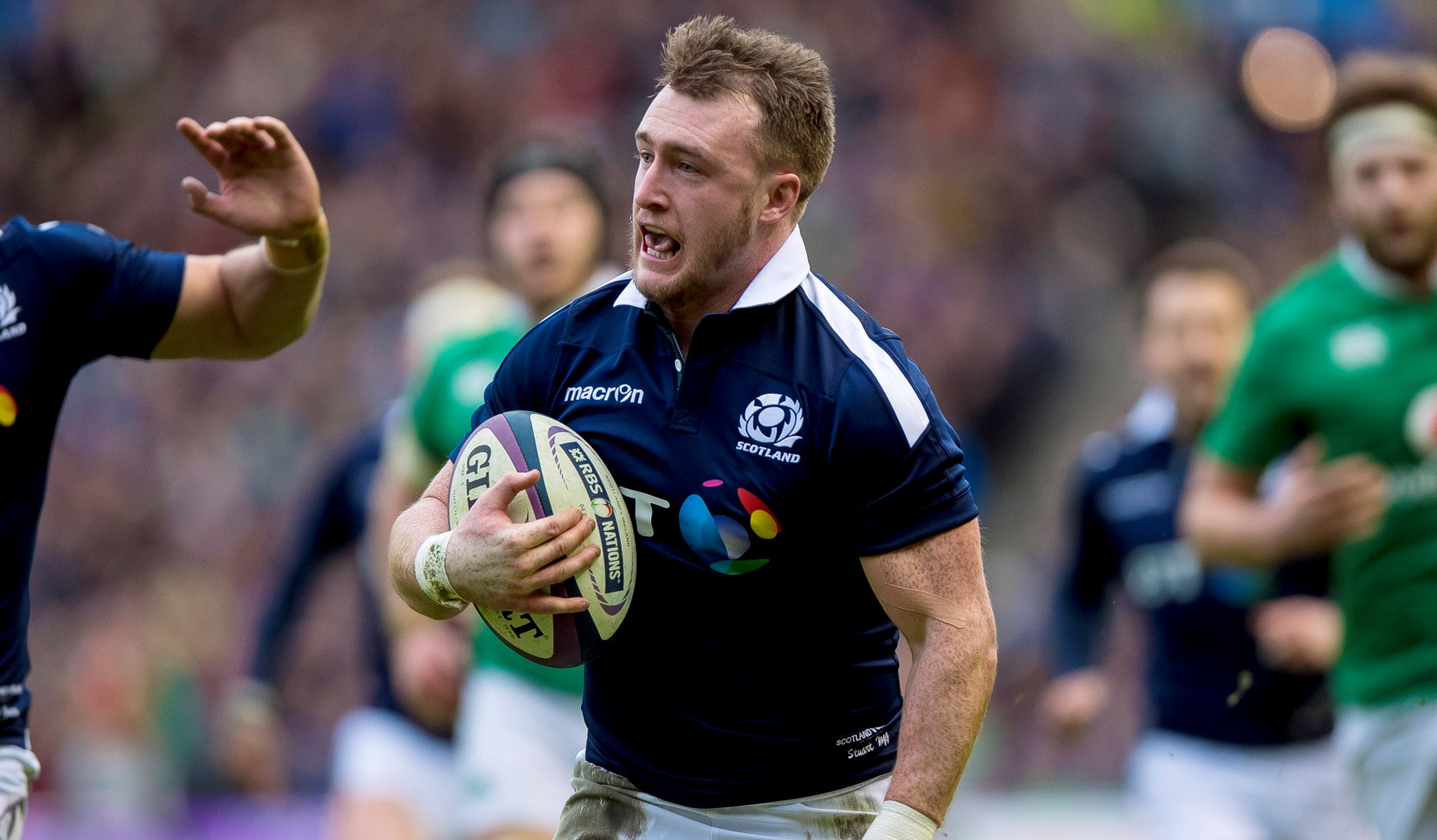 British & Irish Lions Stuart Hogg and Richie Gray will lead from the front as Scotland go in search of history against England on Saturday in the RBS 6 Nations.

Not since 1983 have the Scots won at Twickenham and they take on an England side on Saturday looking to equal New Zealand’s record of 18 Test victories in a row for a Tier One nation.

Vern Cotter makes just one change to the side that beat Wales in Round Three under the watchful eye of Lions Head Coach Warren Gatland.

Hamish Watson comes in to start again at openside flanker with John Hardie ruled out for the rest of the Championship with a knee injury.

Gatland will announce his Lions playing squad on April 19  and will again be in attendance on Saturday at Twickenham as the Auld Enemies do battle.

This is one of the final chances to audition for a place on the plane to New Zealand and Scotland head coach Vern Cotter insists his side are ready to take their game to the next level.

“We have another two games to go in this Championship and this next one is obviously pretty important. There’s a lot to play for and several reasons why we should be able to get up for this game,” he said.

“We’ve rested, recovered and prepared as best we can for this game. We’ve asked some questions of ourselves in the areas we think we can improve and we’re confident we can play better as a team. That’s our next challenge, to step that up.

“The challenge is for us to combine the best parts of our performances so far in this campaign in to one excellent performance at Twickenham this Saturday.

“We’ll need that to put us in a position to win this game and will enjoy the challenge of doing that against an England team that hasn’t lost in a while.”

Watson’s place on the bench is taken by his Edinburgh teammate Cornell Du Preez – who would be making his debut if called upon as a replacement.

Elsewhere the team remains unchanged as Hogg, Tommy Seymour and Tim Visser keep their spots in a dangerous-looking back three.


Huw Jones and Alex Dunbar remain the centre pairing with Finn Russell and Ali Price at fly-half and scrum-half respectively.

Up front the all Glasgow Warriors front row of Gordon Reid, Fraser Brown and Zander Fagerson continue with Gray and his brother Jonny in the second row and Watson, Ryan Wilson and John Barclay in the back row.