The British & Irish Lions fans have spoken and we can exclusively reveal the top ten players most selected on the official App as it stands. [more] 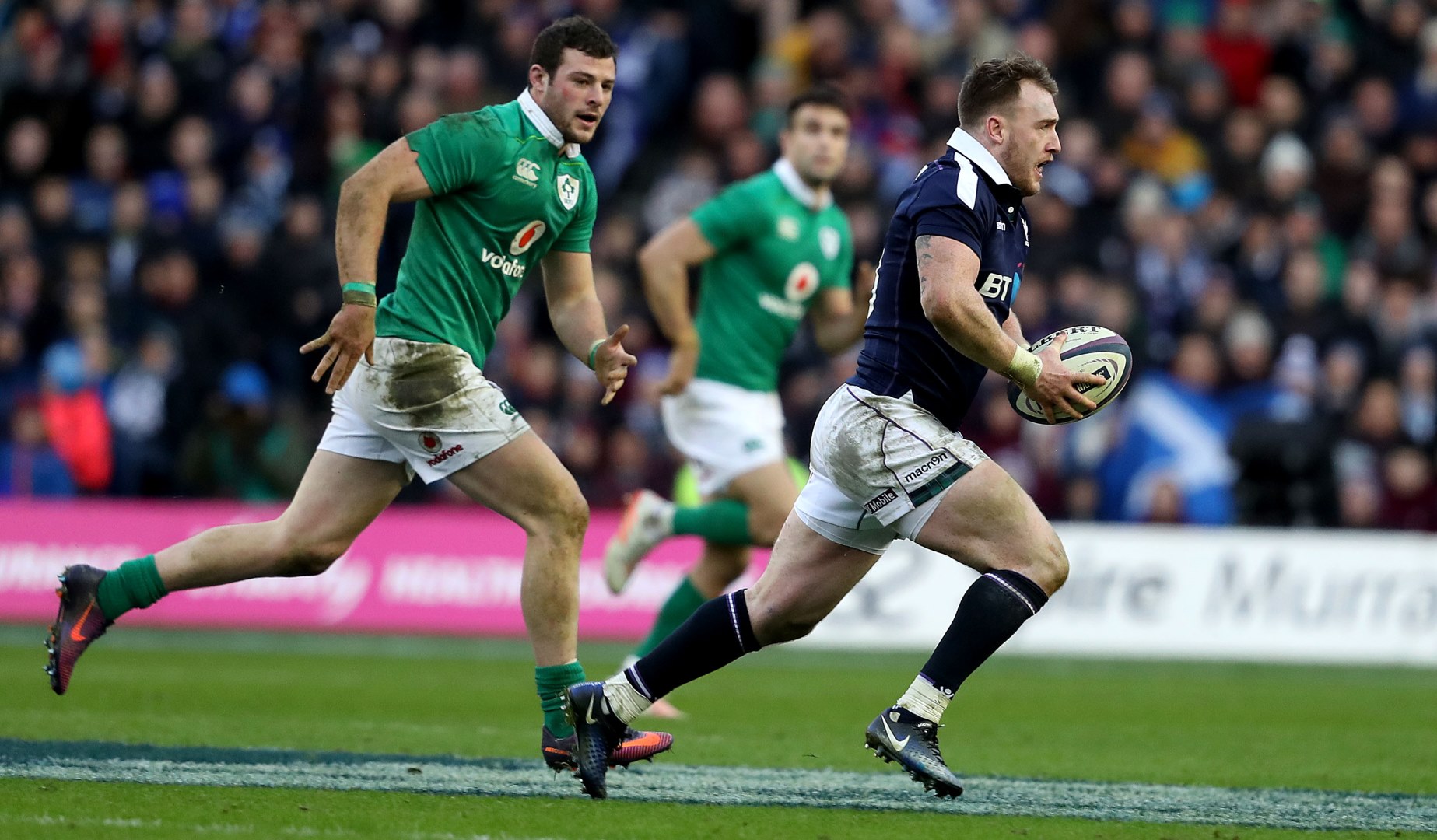 The British & Irish Lions fans have spoken and we can exclusively reveal the top ten players most selected on the official App as it stands.

Lions Head Coach Warren Gatland has until April 19 to nail down his final selection for the playing squad and the fans have already had their say but that could all still change.

Download our Official App for iPhone or Android and have your say!

The current top ten is made up of one Scotsman, one Welshman, four Englishmen and four Irishmen. Here they are, starting with the most popular – Stuart Hogg.

Player of the Championship in 2016, the flying full-back has picked up where he left off in this year’s RBS 6 Nations. With three tries to his name already, the 2013 Lion is at the peak of his powers and looking to lead Scotland to a first Triple Crown in 27 years at Twickenham on Saturday.

Farrell broke into the Lions side for the third and final Test in 2013, coming off the bench in that historic win in Sydney. In the subsequent four years, the Saracens star has led his club side to Aviva Premiership and European Champions Cup glory as well as a 2016 Grand Slam with England. Equally comfortable at fly-half or inside centre, the England vice-captain is hoping to make history with an England side that have won 17 games in a row coming into this weekend.

Farrell’s team-mate at Saracens, Itoje is next on this list after a breakout 18 months on the international scene. Whether at lock or blindside flanker, the youngster has been a key part of all-conquering Saracens and England sides – all while still only 22 – and is aiming for his first Lions Tour later this year.

Ireland’s scrum-half was a key figure in their historic win over the All Blacks in autumn of last year. After breaking into the Lions side for the third Test in 2013, the Munster man is hoping to make the No.9 jersey his own in New Zealand later this year.

The Welsh winger’s magnificent solo score in the Lions first Test in 2013 was one of the stand-out moments from an historic series win. If he can come close to touching those heights again four years later, then he could earn his spot on a second Tour.

Fly-half for all three Tests against the Wallabies back in 2013, Sexton is aiming for his second Lions Tour this summer. He led Ireland to victory over the All Blacks last autumn in Chicago and appears back to his best this year after his consummate display in downing France last time out.

The Saracens No.8 has missed the first three games of this year’s RBS 6 Nations with injury but his stellar 2016 for England still makes him one of the ten most selected players by Lions fans. His bruising displays in the 2016 Grand Slam and in their Wallaby whitewash last year will live long in the memory and he is back fit and firing for England this weekend against Scotland. His brother Mako toured with the Lions in 2013 and the younger sibling will be desperate to sample the action this summer.

The scorer of the decisive winning try in Chicago when Ireland downed the All Blacks, Henshaw has established himself as a lynchpin in the Ireland side in a short time. Currently starring at inside centre for Joe Schmidt’s men, the Leinster ace has already lined up at full-back and outside centre for his country in his burgeoning international career and will be hoping for his first Lions Tour this summer.

England’s outside centre, Joseph was the top try scorer for the Red Rose in their unbeaten 2016 under Eddie Jones. Back in the starting line-up to take on Scotland this weekend, the Bath flyer has never toured with the Lions before but the fans clearly think now is his time.

Ireland’s skipper during their historic year in 2016 that saw them down South Africa, New Zealand and Australia – Best has toured with the Lions before, back in 2013. That time around he did not break into the Test side but the hooker will be keen to set the record straight in New Zealand.

The British & Irish Lions have launched the Official App for the 2017 Tour to New Zealand – complete with an innovative My Lions selector game.

Sponsored by EY, with its deep digital and advanced data analytics experience, the App gives Lions fans the chance to make their picks for the squad based on player performances across all top-tier competitions over the last two seasons and using the most in-depth data ever seen in a rugby app.