England and Scotland both head to Twickenham on Saturday afternoon with history on their mind. [more] 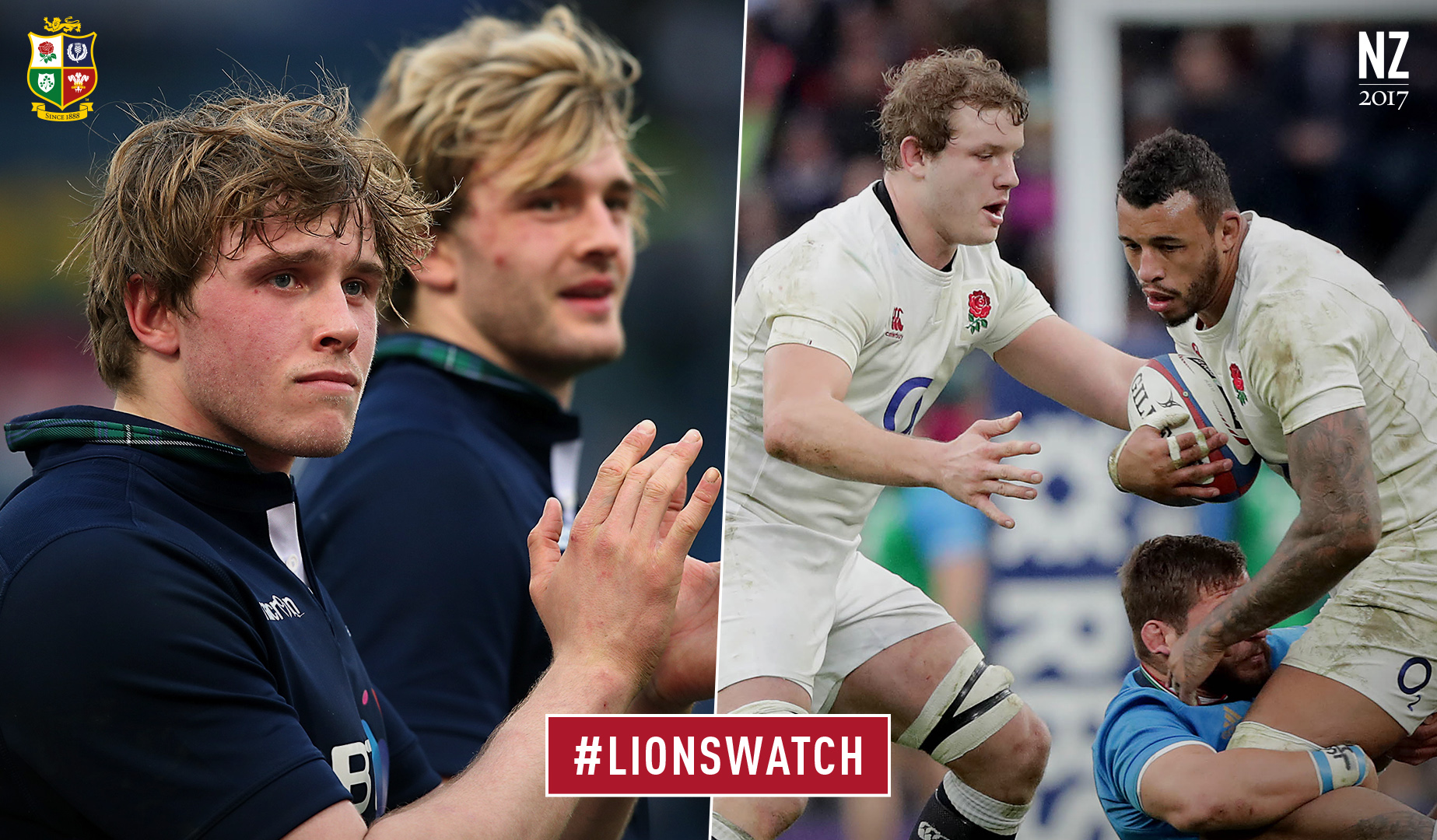 England and Scotland both head to Twickenham on Saturday afternoon with history on their mind.

Not for many a year has as much been riding on a Calcutta Cup clash as England look to make history with a record-equalling 18th consecutive Test win.

Meanwhile Scotland are aiming for a first Triple Crown since 1990 and a first win at Twickenham since 1983.

Throw in the battle for spots on The British & Irish Lions Tour to New Zealand later this year, and the pressure is magnified even more.

Lions Head Coach Warren Gatland will be in attendance on Saturday in south west London and there are mouth-watering match-ups everywhere you look in what could prove to be the pivotal clash of this year’s RBS 6 Nations.

England have changed three from the starting XV that saw off Italy last time out with 2013 Lion Ben Youngs recalled to the starting line-up along with Jack Nowell and Jonathan Joseph.

That means that Danny Care and Ben Te’o drop to the bench while Jonny May is out of the matchday 23 with Anthony Watson preferred on the bench.

But the marquee inclusion in the Red Rose replacements is undoubtedly Billy Vunipola, the Saracens No 8 has made a quicker than expected return from a knee injury and joins his brother Mako on the bench.

Scotland meanwhile have only made one injury enforced change to the starting XV that downed Wales last time out – the impressive Hamish Watson recalled on the openside in place of the injured John Hardie.

That means that the uncapped Cornell du Preez is brought onto the bench as back row cover and a potential debut at Twickenham.

Huw Jones and Jonathan Joseph were teammates at school in their time at Millfield and now line up opposite each other at outside centre for their countries.

Their match-up in the 13 channel will make for interesting viewing while George Ford and Finn Russell will go head to head at fly-half.

Stuart Hogg, player of the Championship last year, will also face off with Mike Brown at full-back.

But from a LionsWatch perspective it is hard to look past the battle of the second rows at Twickenham that pits Courtney Lawes and Joe Launchbury against Jonny and Richie Gray.

Launchbury and the younger Gray may have garnered the column inches – the former for his two man of the match awards and the latter for his tackling heroics – he has made more tackles than any other player in this year’s Championship.

But Lawes has been superb for the Red Rose – an all-action display in Cardiff the highlight – and has interchanged nicely with Maro Itoje on the blindside flank to showcase his versatility.

Meanwhile Richie Gray – a Test Lion in 2013 – has more than matched his brother around the park with heavy carries and soaring lineout takes.

Which pairing can get the upper hand this weekend will go a long way to deciding who carries off the Calcutta Cup and could also lay down a serious Lions marker before the squad announcement on April 19.

England’s starting XV includes three Lions from 2013 in Dan Cole, Ben Youngs and Owen Farrell with another in Mako Vunipola on the bench.

They are joined by fellow 2013 tourists Stuart Hogg and Richie Gray who start for Scotland while hooker Ross Ford, who toured with the Lions to South Africa in 2009, is also on the bench.

England come into the game on a run of 17 consecutive wins – 16 of which have come under Eddie Jones – and could equal New Zealand’s record for a Tier One nation on Saturday.

They have not hit the heights of 2016’s Grand Slam form just yet but are still grinding out wins.

Eddie Jones’ side have not lost to Scotland since 2008 but Vern Cotter’s side are full of confidence after wins over Ireland and Wales already this Championship.

A Triple Crown is in their sights while England could move within one game of becoming the first ever team to win back to back Grand Slams since the Five Nations became Six.

“We asked the boys last week to make a choice, to kick on and get better in a week when we could have taken our foot off the gas, but they chose to work hard to get better,” said Hartley, who will be a pivotal figure in the scrum battle where England are perceived to have an edge.

“We weren’t 100 per cent against Italy so we have had a key work-on. We are primed. We have to focus on ourselves in everything. Scrum, defence, attack, line-out, kick-chase – it is all on us.”

He said: "We showed that against Ireland and Wales when we won in the later stages of the game. It is going to be a tight game. If we want to be in it we still have to be in with a shout at half-time.

"England have won championships but we have shown we can win tight games. All we have to do now is do it at Twickenham."