The fourth match of the 2017 British & Irish Lions Tour to New Zealand sees the Highlanders host the tourists at the Forsyth Barr Stadium, Dunedin. [more] 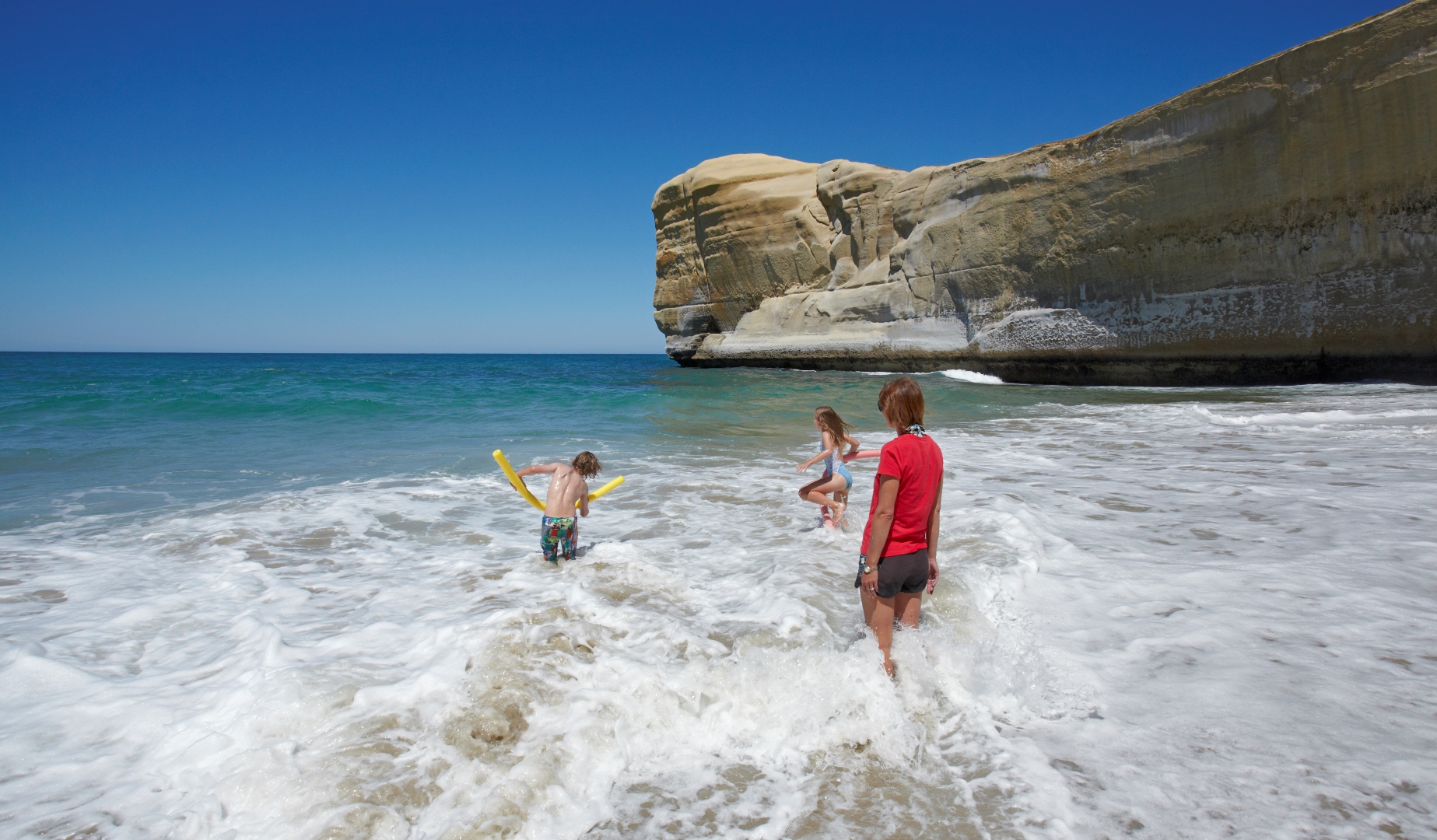 The fourth match of the 2017 British & Irish Lions Tour to New Zealand sees the Highlanders host the tourists at the Forsyth Barr Stadium, Dunedin.

Known as the ‘Edinburgh of the South’ and named after the Scottish capital, Dunedin has a rich Scottish heritage, so much so that the original city plans were based on Edinburgh.

Dunedin is home to the only permanently closed stadium in New Zealand and can host a crowd of almost 31,000.

Dunedin is located on the south-east coast of the south island, and boasts some of the best beaches and coastal scenery in New Zealand.

Brimming with heritage and culture, the city boasts fantastic beaches and rare wildlife.

You can bike or drive along the Otago peninsula, taking in the breathtaking coastal scenes. This coastal area is home to New Zealand fur seals and sea lions, yellow-eyed penguins and the mainland royal albatross – the world's only mainland albatross colony – above the tunnels of Fort Taiaroa established a century ago to counter the threat of invasion from Tsarist Russia.

In the town centre, the old meets the new. Heritage buildings stand alongside impressive street art.
Dunedin is also home to New Zealand's oldest university and has felt like a home away from home for a certain number of the Lions contingent after initially being formed as a Scottish settlement in the 1840s.

Dunedin has the world’s steepest street – Baldwin Street. Each year 30,000 Jaffas (round chocolate candies) are rolled down Baldwin St to support a local charity.

The Otago region has many walking and mountain biking tracks. Outdoor activities include kayaking around the peninsula, fishing trips on the Clutha river, surfing at St Clair, exploring tunnels and whale fossils at Tunnel beach, or the strange boulder formations at Moeraki.

Formed in 1996, the Highlanders have never met The British & Irish Lions before.

But Warren Gatland’s men can expect a stern test from the 2015 Super Rugby champions less than two weeks before their first Test with the All Blacks.

Previous Lions Tours have come to Dunedin to Carisbrook’s House of Pain.

But the Forsyth Barr Stadium, built at a cost of NZ $198.3million, is the new stadium that opened in August 2011 and is New Zealand’s only permanently closed stadium.

Known as the ‘glasshouse’ colloquially, the venue hosted four matches at the 2011 Rugby World Cup.

As well as hosting rugby league and A League matches, Aerosmith and Elton John have graced the 30,748-capacity venue.

Though the Highlanders will be fresh opposition for the Lions, trips to Dunedin are nothing new.

The Lions have contested eight Test matches in Dunedin with a record of three wins, one draw and four defeats.

Their most recent Test defeat came in July 1983, where they suffered a 15-8 defeat. Scots Roger Baird and John Rutherford were The Lions points scorers.

The Lions are set to visit the Forsyth Barr Stadium but, to date, they have played all their Dunedin Tests at the now-demolished Carisbrook, an All Blacks fortress so revered it earned the moniker 'The House of Pain'.

And when it comes to matches against Otago, the New Zealand province have enjoyed plenty of success over the years.

Their 37-24 success in 1993 stands out as one of the most memorable performances by a province against the Lions, while they also won three straight games between 1950 and 1966.

However the Lions won the most recent game between the sides, claiming a 30-19 success in 2005.

New Zealand cricket captain Brendon McCullum also hails from Dunedin but when it comes to the All Blacks the region has a fine tradition for producing some of the country’s greatest.

Jeff Wilson is their most capped All Black – he also played Test cricket for his country – the winger racking up 60 caps and crossing for 44 tries in a career that went from 1993 to 2001.

Former All Black skipper Taine Randell is another to hail from Otago while Byron Kelleher, scrum-half against the Lions in 2005 is also from the region.

Legendary coach Laurie Mains, Anton Oliver and Marc Ellis round out a veritable who’s who of famous men of Dunedin.