Your Club Your Lions: Bedford Blues

Founded back in 1886, Bedford RUFC - as they were originally known - have a fine tradition of producing British & Irish Lions. [more] 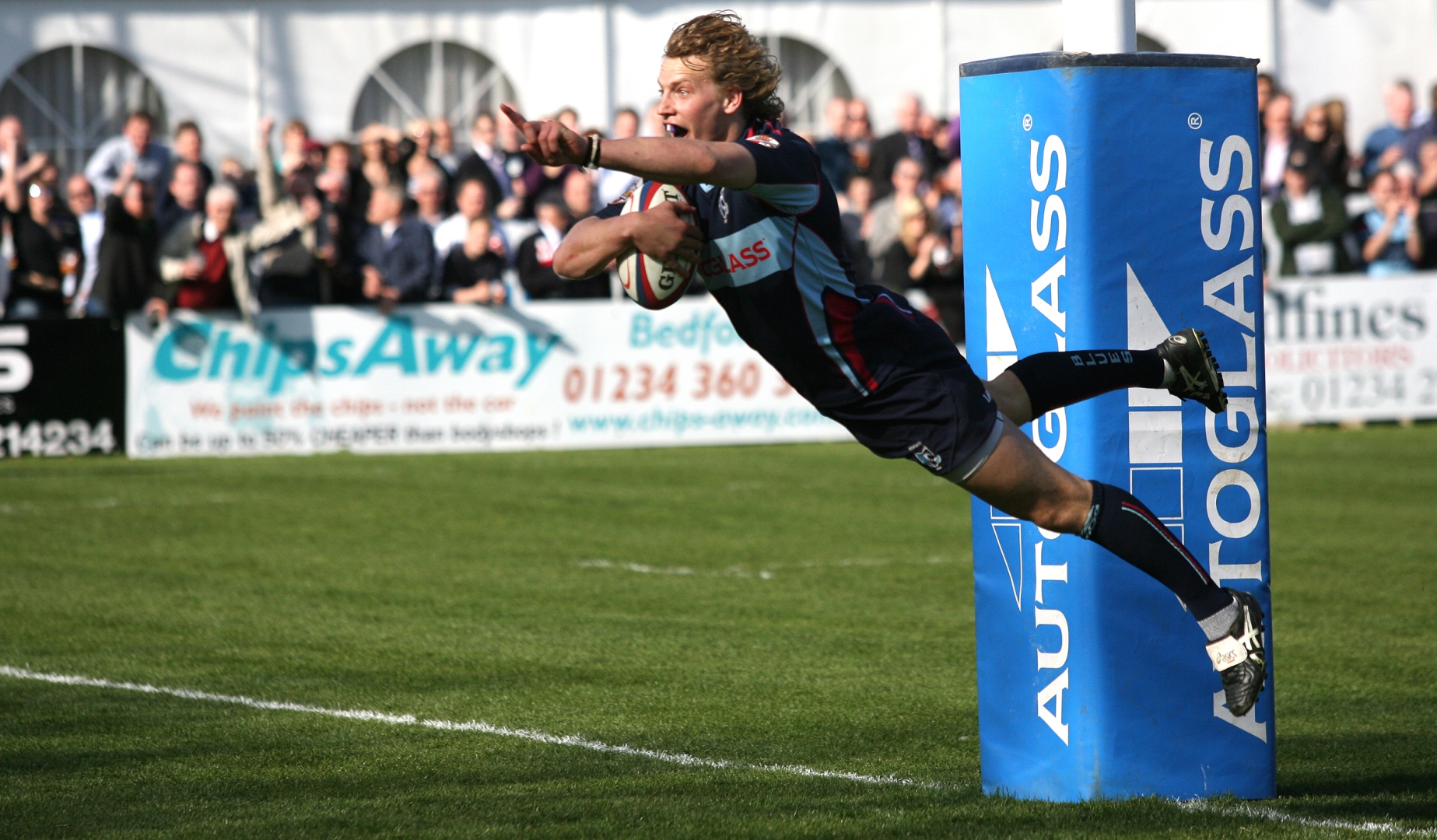 Founded back in 1886, Bedford RUFC – as they were originally known – have a fine tradition of producing British & Irish Lions.

Initially their tourists were Bedford players at the time – Gerry ‘Beef’ Dancer, Budge Rogers and Billy Steele all pulled on the famous red jersey while plying their trade with the Blues.

Then, with the onset of professionalism, they became a proving ground for future tourists on dual registration from Premiership clubs – the likes of 2013 tourists Dan Cole and Billy Twelvetrees all completing their apprenticeships in the Championship.

In between they also welcomed the likes of Jeff Probyn, Martin Bayfield and Rory Underwood to pull on their colours at the end of their careers.

And club chairman Geoff Irvine – who took over the role 16 years ago – explains how the club has had to shift the goalposts over the generations.

“I took the club over when it was in dire straits, there was even talk of relocating it to Coventry,” he said.

“In reality we were in the Allied Dunbar 1 and we will always be the answer to the Trivial Pursuit question, 'who were the last team to get relegated from the top division by way of a play-off?'

“Rotherham beat us in the 1999/2000 season but I will tell anyone that will listen that being relegated actually saved the club.

“If we hadn’t I think we might have gone the same way as Orrell or Richmond or London Welsh now, it forced us to become what we think we are now – a very good Championship club.

“The role of the club has slightly changed since our famous days of the past, but we are very proud of the role we have played in developing young English talent – some of whom have been fortunate enough to go on and become Lions – that is a real bonus for us.

“Someone like Dan Cole will tell you how important Bedford was in his development and making him the player he is today. The same goes for Billy Twelvetrees and maybe to a lesser extent someone like Owen Farrell or a George Kruis but they played a bit less.”

Founded as an amalgamation between Bedford Rovers and Bedford Swifts, the Blues' first taste of the Lions came with Dancer.

A tough and mobile prop forward , he helped Bedford develop into one of the leading English club sides in the late 1930s.

But despite his impressive performances for the East Midlands club, Dancer was never selected for England and so his only international caps came in a Lions jersey.

A popular member of the Barbarians touring squad, he was selected for the Tour of South Africa in 1938, and played 15 matches in total, scoring two tries, but crucially was involved in all three of the Test matches against the Springboks – even crossing for a try in the final Test victory.

The club’s real heyday came in the late 1960s and 70s – culminating in lifting the John Player Cup with victory over Rotherham at Twickenham in 1975.

Captain that day was Budge Rogers – a tourist with the Lions in 1962 – while Billy Steele was to tour in 1974 as part of the Invincibles who conquered the Springboks.

Rogers was an England captain and remains a club legend, while Scottish winger Steele has a 100 per cent win record at Test level with the Lions.

And off the field, Steele is credited with introducing Flower of Scotland to the squad, a hit which became their Tour song long before it became a Scottish rugby anthem.

To have players like that in the side at the same time was a special moment – as club chairman Gareth Davies knows all too well.

Born in Cefneithin in West Wales – the same town as Barry John and Carwyn James – Davies played for Bedford for almost 25 years before hanging up his boots at 47 years old and then taking over as chairman in 2003.

“I was a teacher and I couldn’t afford to live in London so I was looking for somewhere to live that also had a rugby team back in 1966,” he recalls.

“My wife Marie and I had just got married. I was a fly-half but I often was the understudy to guys like Neil Bennett who played for England and Pat Briggs. We had a very strong side.

“Budge was a great man with unbelievable enthusiasm for the game who thoroughly deserved to go on that 1962 Tour.

“I played a lot with him for Bedford which was a real honour. And I was actually in touch with Billy this year and he promised me he would be coming back to visit the club this year – he hasn’t made it yet but I can’t wait to see him.

“It took me a while to track him down but I managed it as one of my roles as president is with former players.

“Billy was in the RAF and there was a base just around here so that meant we got quite a few good players.”

After a 51-year association with the club, Davies is better placed than most to explain their enviable track record and chart the course from amateurism to now.

“I played for years and years, but finally I hung up my boots when I was 47, Bedford had four teams at the time and I had gone down through them all and I couldn’t run anymore,” he added.

“I loved the game, and this has always been a fantastic club. My wife, my children, everybody has been involved in the rugby club.

“It always has been and even to this day a family club with a lot of youngsters, no matter the weather, crowding round the pitch and running on at half-time and full-time.”