The battle for midfield spots on The British & Irish Lions Tour to New Zealand is intensifying by the week. [more] 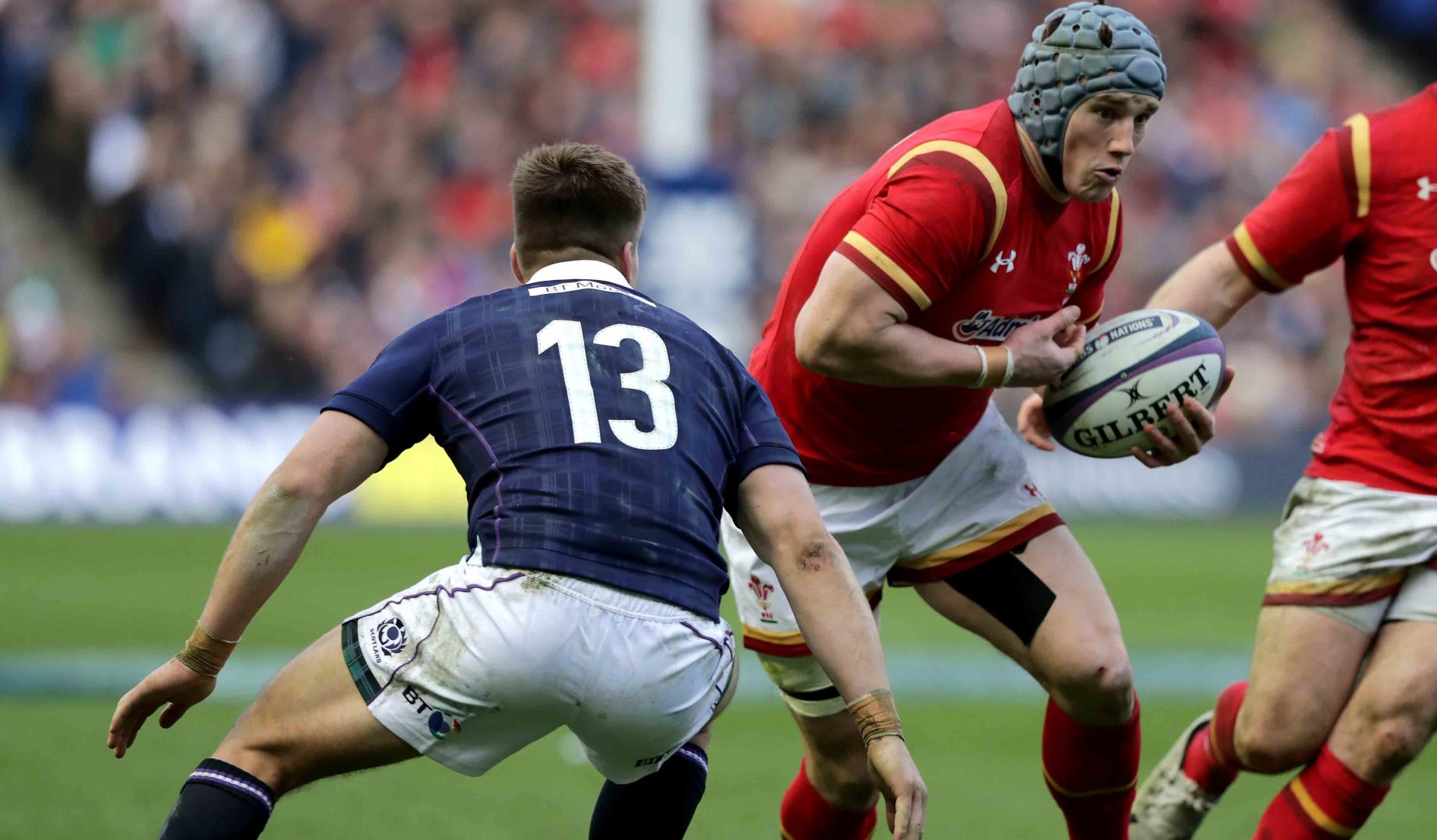 The battle for midfield spots on The British & Irish Lions Tour to New Zealand is intensifying by the week.

Picking outside centres in isolation is near impossible, a midfield pairing is all about the partnership between two players.

But after four rounds of the 2017 RBS 6 Nations some trends have begun to emerge as the leading contenders for the famous No 13 jersey come to the fore.

And LionsWatch continues our ongoing series of positional battles by tackling the numbers and giving Lions fans an idea of who is where in the pecking order.

It seems fitting to pick on the outside centres this week, after round four’s action catapulted a couple of names into the headlines.

England centre Jonathan Joseph crossed for a quite magnificent hat-trick as the Red Rose put Scotland to the sword on Saturday to retain the title.

In only 57 minutes of action he guaranteed himself the man of the match award with a blistering display of running rugby outside Owen Farrell and George Ford.

Indeed his four clean breaks were the most by any home nations centre in a single game over the first four rounds of action.

It has been a mixed Championship for Joseph who found himself left out in round three against Italy but recalled in quite some style against Scotland.

There had been something of a conundrum developing for Eddie Jones’ men at outside centre with Ben Te’o so impressive both from the bench and in starting over the opening three rounds.

Not to mention Elliot Daly – a star at 13 for his club side Wasps but pulling up trees for England on the left wing this year.

But as the below table shows, all are having an impressive impact on the Red Rose’s attacking game.

Every 13 needs an outside break and Joseph’s star turn certainly caught the eye this weekend to seemingly end the debate for Jones’ men.

But with Te’o and Daly splitting game time there so far this Championship, the overall statistics have been dominated by Ireland, Wales and Scotland outside centres that have started all four games.

We start north of the border with Joseph’s schoolmate from Millfield Huw Jones who has looked to the manor born in the Scotland midfield.

His partnership with Alex Dunbar has impressed and although defensively they were caught out in midfield against England, no 13 has made more tackles this Championship than Jones.

Indeed he has also managed the most turnovers with 3, only Elliot Daly (2) of all the other centres has more than one.

Meanwhile his attacking game is improving all the time, after an impressive double in the autumn against Australia he was at it again at Twickenham last weekend.

The Stormers centre was the vanguard of Scotland’s second-half fight back with two impressive finishes close in.
But every centre needs a rounded game and Jones is not just scoring tries, he also creating them for his teammates.

Born in Scotland but raised in South Africa, Jones has signed for Glasgow Warriors next season and has Scotland fans licking their lips at what the 23-year-old can become.

But he might be heading back to the southern hemisphere sooner than expected if this form continues as Gatland will be loath to leave him out.

NO SUBSTITUTE FOR EXPERIENCE

Every centre examined so far is aiming for their first Lions Tour but the man who started all three Tests in 2013 in Jonathan Davies is still very much in the equation.

Indeed over four games of this Championship no No 13 has run for more metres, beaten more defenders or made more clean breaks than the polished Scarlet.

Throw in his try against Italy and Davies has already compiled quite a case for inclusion in the touring party to New Zealand.

He scored a stunning solo try the last time he was in that part of the world on Wales’ 2016 summer tour against the All Blacks and could be involved in a Scarlets battle for the Guinness PRO12 title in the season run-in.

A player like Joseph or Jones may just edge Davies in terms of pure speed while someone like Ben Te’o is a wrecking ball but Davies combines the best of all the above.

If he can stay fit and in form, his experience from 2013 will make him tough for Gatland to overlook.

Ireland’s title tilt came to an end last Friday night in Wales as they slipped to 22-9 defeat in Principality Stadium.

But that will not take the shine off young Garry Ringrose’s maiden Championship in the green of Ireland.

The Leinster centre caught the eye last autumn with mature showings against both New Zealand and Australia in the Aviva Stadium.

And he has backed that up this year in the RBS 6 Nations outside his teammate for club and country Robbie Henshaw.

His tireless energy on both sides of the ball means that he leads the way for most carries and is also joint top of the tackle charts with Jones.

His head to head with Joseph next Saturday in Dublin will be another real test of his merit with a  Lions Tour in mind.

Overall, the decision on who becomes the next Lions No 13 will hinge largely on how Gatland’s game plan in New Zealand and who he chooses to partner him with at inside centre.

But what is without doubt, is that the four home nations have presented a wealth of options over the last four rounds of RBS 6 Nations action.

News
Previous story LionsWatch: Social media reaction to the weekend’s action
Next story Hansen: 2017 Lions could be ‘best ever’